And it just passed a test on pigs with flying colors. 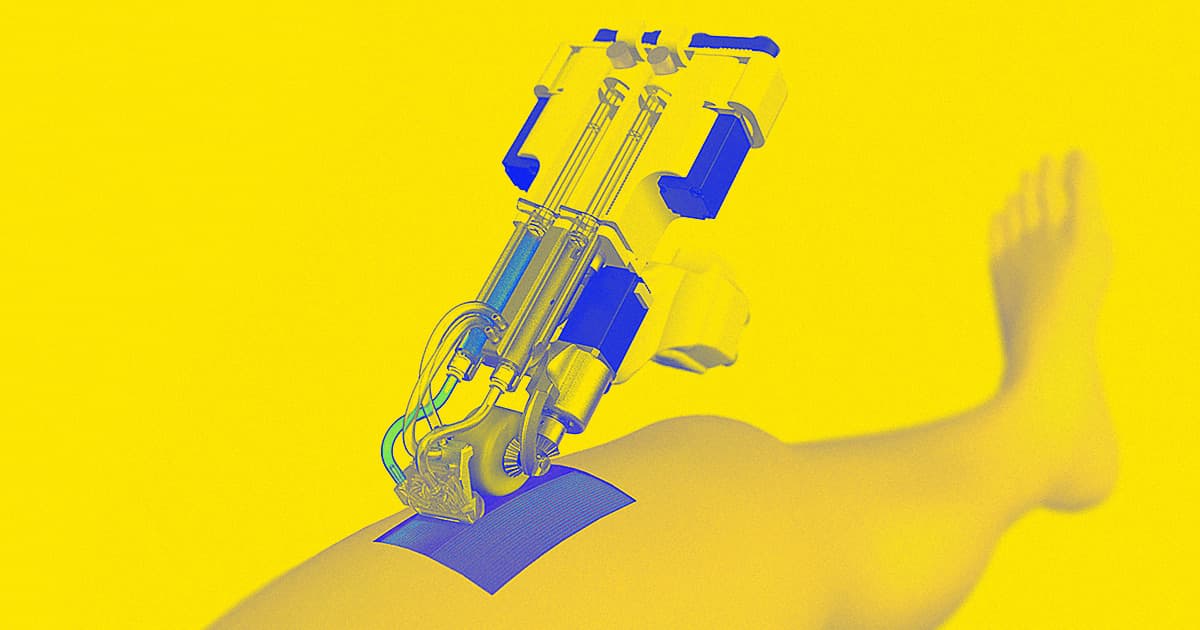 In 2018, Canadian scientists unveiled a handheld device that "prints" sheets of artificial skin directly onto the wounds of burn victims.

"The analogy is a duct tape dispenser," researcher Axel Günther told Smithsonian Magazine at the time, "where instead of a roll of tape you have a microdevice that squishes out a piece of tissue tape."

On Tuesday, the team published the promising results of its latest trial of the device in the journal Biofabrication — putting it one step closer to actual use in burn clinics.

Doctors currently have several options for treating severe burns. The most common is a skin graft, which involves removing damaged tissue and replacing it with healthy skin from another part of the body.

But in some cases, grafts aren't a viable option.

"[I]n cases where a patient has extensive full thickness burns — which destroy both the upper and lower layers of the skin — there is not always sufficient healthy skin left to use," Günther explained in a press release.

Alternative burn treatments, such as collagen scaffolds and in vitro skin substitutes, each have their own downsides, Günther continued. And that's where a device that prints new skin directly onto a burn could be a boon.

The team's device eliminates the need for grafts altogether by depositing strips of a special bioink directly onto a wound. This bioink contains healing proteins as well as mesenchymal stromal cells, which assist the body's immune system and encourage new cell growth.

For the new trial, the team tested its device on full-thickness burns in pigs — and was very pleased with the results.

"We found the device successfully deposited the ‘skin sheets’ onto the wounds uniformly, safely and reliably, and the sheets stayed in place with only very minimal movement," researcher Marc Jeschke said in the press release.

"Most significantly, our results showed that the [mesenchymal stromal cell]-treated wounds healed extremely well," he continued, "with a reduction in inflammation, scarring, and contraction compared with both the untreated wounds and those treated with a collagen scaffold."