Is the Universe Infinite & Do an Infinite Number of Charlies Exist? 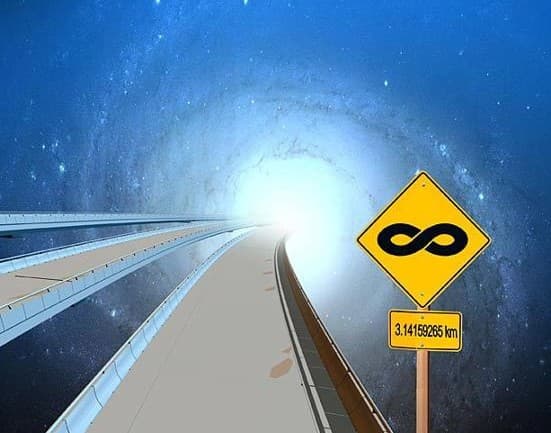 In another episode of Guide to Space, we talked: "how big is our universe". Then I said it all depends on whether the universe is finite or infinite. I mumbled, did some hand waving, glossed over the mind-bending implications of both possibilities and moved on to whatever snarky sci-cult reference was next because I'm a bad host. I acted like nothing happened and immediately got off the elevator.

WATCH: "Is the Universe Finite or Infinite?"

So, in the spirit of he who smelled it, dealt it. I'm back to shed my cone of shame and talk big universe. And if the universe is finite, well, it's finite. You could measure its size with a really long ruler. You could also follow up statements like that with all kinds of crass shenanigans. Sure, it might wrap back on itself in a mind-bending shape, like a of monster donut or nerdecahedron, but if our universe is infinite, all bets are off. It just goes on forever and ever and ever in all directions. And my brain has already begun to melt in anticipation of discussing the implications of an infinite universe.

Haven't astronomers tried to figure this out? Of course they have, you fragile mortal meat man/woman! They've obsessed over it, and ordered up some of the most powerful sensitive space satellites ever built to answer this question.Astronomers have looked deep at the cosmic microwave background radiation, the afterglow of the Big Bang. So, how would you test this idea just by watching the sky?

If the universe is truly infinite, well then we get a very interesting outcome; something that I guarantee will break your brain for the entire day. After moments like this, I prefer to douse it in some XKCD, Oatmeal and maybe some Candy Crush.

Consider this. In a cubic meter (or yard) of space. Alright, in a box of space about yay big (show with hands), there's a finiUserste number of particles that can possibly exist in that region, and those particles can have a finite number of configurations considering their spin, charge, position, velocity and so on.

Tony Padilla from Numberphile has estimated that number to be 10 to the power of 10 to the power of 70. That's a number so big that you can't actually write it out with all the pencils in the universe. Assuming of course, that other lifeforms haven't discovered infinite pencil technology, or there's a pocket dimension containing only pencils. Actually, it's probably still not enough pencils.

There are only 1080 particles in the observable universe, so that's much less than the possible configurations of matter in a cubic meter. If the universe is truly infinite, if you travel outwards from Earth, eventually you will reach a place where there's a duplicate cubic meter of space. The further you go, the more duplicates you'll find.

Ooh, big deal, you think. One hydrogen pile looks the same as the next to me. Except, you hydromattecist, you'll pass through places where the configuration of particles will begin to appear familiar, and if you proceed long enough you'll find larger and larger identical regions of space, and eventually you'll find an identical you. And finding a copy of yourself is just the start of the bananas crazy things you can do in an infinite universe.

In fact, hopefully you'll absorb the powers of an immortal version of you, because if you keep going you'll find an infinite number of yous. You'll eventually find entire duplicate observable universes with more yous also collecting other yous. And at least one of them is going to have a beard.

(Brought to you by Fraser Cain, from Universe Today)

Read This Next
Pale Blue Shat
William Shatner Explains Why His Trip to Space Was Horrible
Kilonova Blast
Staggering Galactic Explosion Blamed on Black Hole Collision
Little Boxes
One Silly Little Detail Is Reportedly Delaying Artemis II by Years
Martian Oases
Scientist Proposes Growing a Forest Inside a Bubble on Mars
Putting Things In Perspective
Amazing Artemis Photo Shows Every Human, Alive or Dead, Plus the Moon
More on Off World
Cubesat Death
Yesterday on the byte
Another Satellite Released by NASA's Artemis I Just Croaked
Big Boi
Yesterday on the byte
Epic Artemis Video Shows the Astonishing Size of the Moon
International Sti...
Yesterday on the byte
New Details Emerge About the "Peculiar Odor" on International Space Station
READ MORE STORIES ABOUT / Off World
Keep up.
Subscribe to our daily newsletter to keep in touch with the subjects shaping our future.
+Social+Newsletter
TopicsAbout UsContact Us
Copyright ©, Camden Media Inc All Rights Reserved. See our User Agreement, Privacy Policy and Data Use Policy. The material on this site may not be reproduced, distributed, transmitted, cached or otherwise used, except with prior written permission of Futurism. Articles may contain affiliate links which enable us to share in the revenue of any purchases made.
Fonts by Typekit and Monotype.