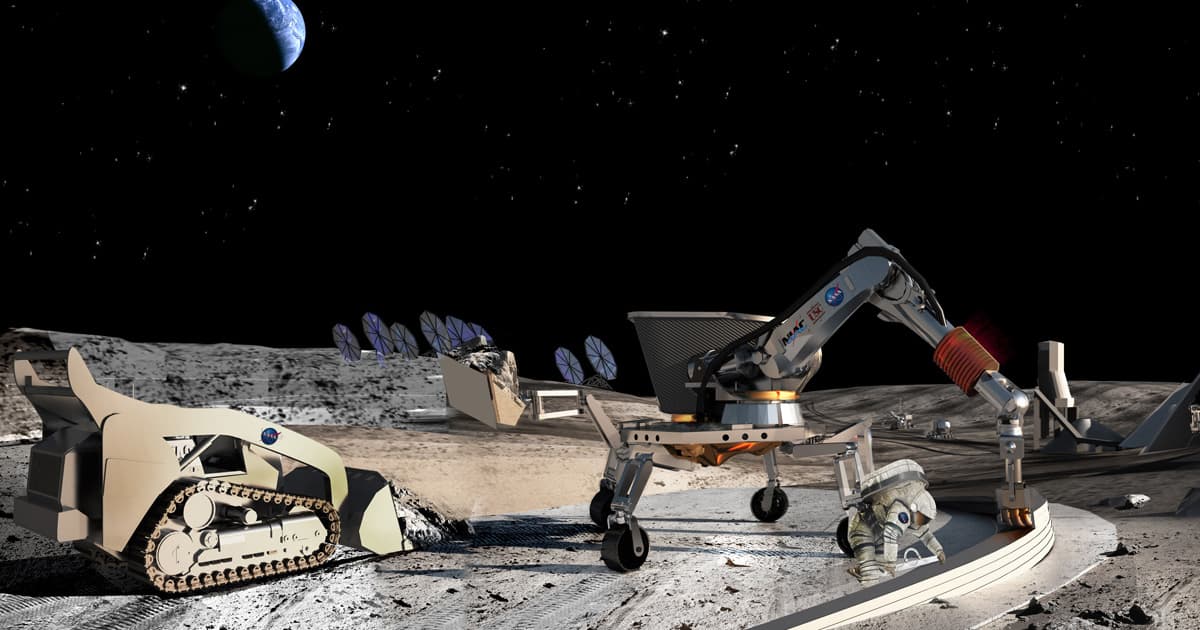 UK credit broker Money.co.uk went through the effort of outlining how much it would cost to get a mortgage for a house on the Moon.

"Ever wondered what it would be like to live amongst the stars and embrace a lunar lifestyle?" finance writer Salman Haqqi asked in a recent blog post on the topic. "Well, we’re about to skyrocket the property market quite literally into space!"

But the site's back-of-the-envelope estimations may have sent expectations skyrocketing as well. Haqqi argues that "you could expect to buy the first house on the Moon" for just over $60 million — arguably an absolute steal considering the astronomical costs involved.

This week, Fox Business picked up the story, taking the guesstimations at face value and calling it a "study," a term that usually implies at least some degree of academic rigor or peer review.

Let's be clear: $60 million won't buy you a house on the Moon, even if you somehow talk SpaceX into giving you an incredibly good deal to get building materials into orbit.

Haqqi also argued that "some materials such as the workforce, building tools and power generators would only have to be transported once, which is why subsequent houses built after the first would be at a lower price."

For an estimated price per acre, Money.co.uk looked to lunarregistry.com, a website claiming to report how much land is worth on the Moon. The only problem is that you can't actually buy land on the Moon without breaking internationally agreed upon agreements, thanks to the Outer Space Treaty of 1967, as Forbes points out.

"Outer space, including the moon and other celestial bodies, is not subject to national appropriation by claim of sovereignty, by means of use or occupation, or by any other means," one of the treaty's articles reads.

But it's a little more complicated than that. The 1979 Moon Treaty further established the Outer Space Treaty's legal framework, closing several loopholes that may have allowed for private entities to claim ownership, as Universe Today reported back in 2016.

The treaty failed, however, despite expressly forbidding private or national ownership over land on the Moon, because it hasn't been ratified by several world powers, including the US, Russia, China, and Europe, all of which have vested interests in establishing footholds on the Moon.

So even if you could purchase several acres of lunar land, you would have to pay considerable amounts of money, likely far beyond the $60 million quoted by Money.co.uk.

For one, as the broker admits, you'll need to make considerable investments in basic infrastructure. Haqqi claims that hooking up enough solar panels to power your home would cost you a "modest" $23,4500. That seems like a stretch, considering lunar solar panels differ greatly from the ones found back here on Earth as they have to stand up to immense amounts of radiation and the occasional meteorite shower.

You'll also have to chose the location of your home wisely if you decide to go solar. A lunar day lasts about 28 Earth days, meaning that for two weeks at a time, your new home will be plunged into darkness, with temperatures dropping down to minus 280 F (-173 C).

Haqqi also admits that there may be "additional living costs that you will need to think about once your property is secured" when it comes to securing food.

And then there's water. Without access to considerable amounts of water, any real estate on the Moon is rendered meaningless. You'll either have to mine it from ice deposits or bring it all the way from Earth — both extremely costly endeavors.

Beyond all that — if there even was a legal land buying market for the Moon and copious local resources — what would it cost to ship a house to the Moon from Earth? Considering the average Earth-based single-level home weighs about 200 pounds per square foot, a tight but cozy 400 square foot establishment would weigh 80,000 pounds — and that's without the heavy nuclear reactor that Money.co.uk suggested.

SpaceX's rideshare program, which allows private entities to send payloads into orbit on board its Falcon 9 rockets, charges "as low as" $1 million per 200 kilograms or 440 pounds.

That means that just to hoist of all those building materials into Earth's orbit, it'd cost you up to $181 million. And that's without even getting into the cost of shipping them all the way out to the Moon and landing on its surface, a flabbergastingly complex endeavor that cost NASA $355 million in 1969 — that'd be $2.5 billion in today's dollars — for just a tiny lander.

While construction materials would obviously differ greatly on the surface of the Moon — for instance, lumber wouldn't make any sense as compared to lightweight machined aluminum or 3D printed concrete mixed out of lunar soil — the equipment needed to keep you alive and stop you from either boiling or freezing to death would add a considerable amount of weight regardless.

And that's without getting into the cost of sending a carpenter up — and back — to build the thing, nevermind getting there yourself. NASA currently pays SpaceX $55 million per seat just to get astronauts to the International Space Station, which is only a tiny fraction as complicated as sending a person to the Moon.

It's a fun thought experiment. Working within the constraints of a fun and engaging blog post for a mortgage broker, Haqqi painted a bright future for the possibility of owning a second home far away from home.

"Not only is [the Sea of Rains] a 30-minute jet jump to the peaceful Sea of Serenity, where you can potentially enjoy a relaxing weekend away, but it's also only a short excursion away from Crater Plato where the kids can spend hours of fun playing and discovering amongst the moon mud," he wrote..

So, while we're not sure the numbers add up, the premise is relatable. Who wouldn't want a relaxing lunar weekend away in such a location, no matter the cost?

READ MORE: First house on the moon could be yours for $60M: study [Fox Business]

More on the Moon: Scientists Are Aiming to Send 6.7 Million Sperm Samples to the Moon

Read This Next
Moon Wrestling
The Head of NASA Is Scared Chinese Astronauts Will Seize Portions of the Moon
Shot Well
Head of NASA Relieved to Hear Elon Musk Isn't REALLY Running SpaceX
Makeover Scene
Space Tourist Says He's Thinking About Flying SpaceX Craft Up to Fix Hubble
Grain of Salt
There's a Huge Problem With Elon Musk's Promise to Bring Starlink to Iran
Sluggo Mode
SpaceX Has a Major Problem With Its Starlink Internet Connections
More on Off World
Take Cover
4:11 PM on the byte
Space Startup Blows Up Another Giant Inflatable Space Station Module
Rock Blast
3:28 PM on the byte
Scientists Say There's an Upside to Those Rocks That Keep Bludgeoning the James Webb
Meathead Theory
2:57 PM on the byte
Professor Receives Insane Email Claiming "Biological" Green Comet Is Giving Off "Meat Smoke"
READ MORE STORIES ABOUT / Off World
Keep up.
Subscribe to our daily newsletter to keep in touch with the subjects shaping our future.
+Social+Newsletter
TopicsAbout UsContact Us
Copyright ©, Camden Media Inc All Rights Reserved. See our User Agreement, Privacy Policy and Data Use Policy. The material on this site may not be reproduced, distributed, transmitted, cached or otherwise used, except with prior written permission of Futurism. Articles may contain affiliate links which enable us to share in the revenue of any purchases made.
Fonts by Typekit and Monotype.