How Come Everything in the Universe is Spinning? 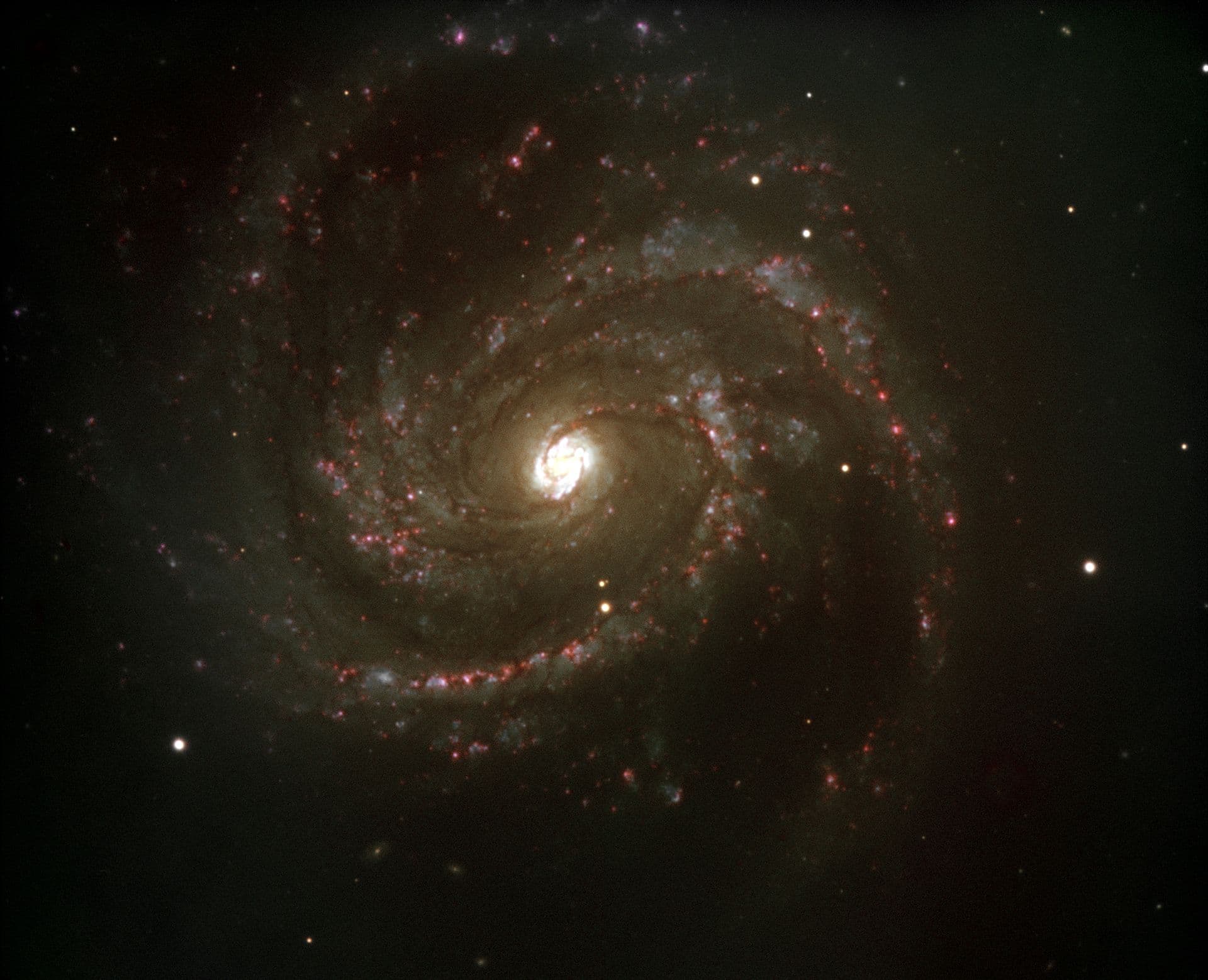 The Earth spins. The planets spin. The Solar System spins. Even the Sun spins. All this spinning couldn’t just be coincidence, can it? So, why does everything in the universe spin?

Let’s begin four and half billions years ago, when our Solar System began to form around clouds of helium and hydrogen. As gases of varying densities moved around space, a triggering event (maybe a supernova) caused these gases to coalesce. As the gravity of these bodies increased, they began pulling in everything around them, causing these bodies to spin. A curious phenomenon here is that, whenever this happens, the spin appears to move in the same direction: Counterclockwise.

This spin has a sort of “tossed pizza dough” effect, where you’ll find a ball in the middle and everything else around it expanding outward in a disc shape. This is a common shape found throughout the universe and is attributed to the laws of physics.

Eventually, all these elements collide and form larger and larger bodies that become planets, moons, etc., all the while maintaining the angular momentum as inertia keeps the spin going. This is what causes the spin, and it's the reason why everything appears to follow the same kind of spin. It is slowing down, yes, but at a slower rate than humans can consciously detect.

For people who prefer more visual explanations, this video from DNews explains what causes everything in the universe to follow the unending circular paths that they travel.

Another exception to the Solar System’s counterclockwise club is Uranus, which may have once been knocked onto its side and now spins differently than the other planets in the solar system.

Regardless of whether it spins clockwise or counterclockwise, everything in the universe moves and spins: From small asteroids to entire galaxies. Gravity, momentum, inertia ensure that bodies big and small act upon each other, causing everything to move and spin.

Read This Next
Free Galileo
Scientists Call for Making Pluto a Planet Again
Welcome Wagon
Mercury Is Every Planet in the Solar System's Closest Neighbor
Distinct Kink
The Milky Way is a Lot More Warped Than Scientists Thought
I Need Space
These Lonely Planets Drift Through Space Without Orbiting Stars
Futurism
Astronomers Just Discovered Three Planets in an Entirely New Way
More on Off World
Killernova
6:10 PM on the byte
Scientists Find "One in Ten Billion" Star System Primed to Explode in Titanic Kilonova
Lonely Planet
Yesterday on futurism
Scientists Find Nearby Planet the Same Size of Earth, Plan to Search It for Life
Take Cover
Feb 4 on the byte
Space Startup Blows Up Another Giant Inflatable Space Station Module
READ MORE STORIES ABOUT / Off World
Keep up.
Subscribe to our daily newsletter to keep in touch with the subjects shaping our future.
+Social+Newsletter
TopicsAbout UsContact Us
Copyright ©, Camden Media Inc All Rights Reserved. See our User Agreement, Privacy Policy and Data Use Policy. The material on this site may not be reproduced, distributed, transmitted, cached or otherwise used, except with prior written permission of Futurism. Articles may contain affiliate links which enable us to share in the revenue of any purchases made.
Fonts by Typekit and Monotype.