It all depends on your definition of "planet." 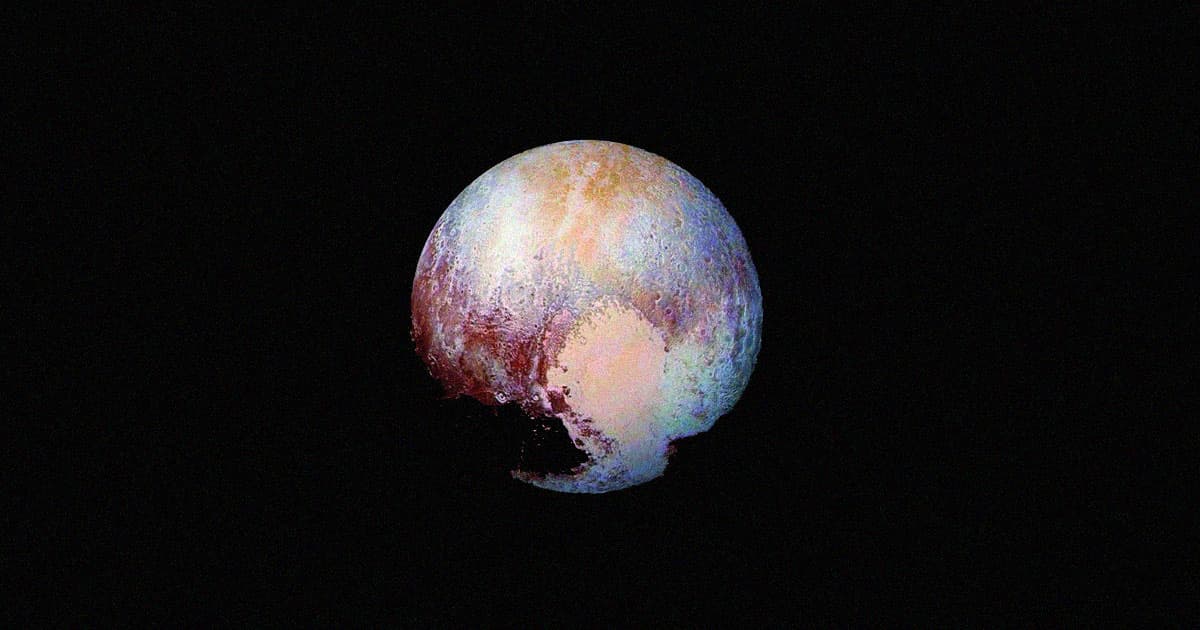 Pluto may be reinstated to its position as a planet — and other celestial bodies may join it.

A new study from the Florida Space Institute at the University of Central Florida surveyed centuries of planet literature and found that the decision that led to Pluto's demotion stemmed from extremely old-school ideas that mixed astronomy with astrology — and even folklore — and as such, the decision should be rescinded.

It all goes back, of course, to Galileo.

Considered the father of observational astronomy, Galileo Galilei's criteria for what can be defined as a planet is shocking in the post-2006 world, when the International Astronomical Union (IAU) strictly redefined the term and infamously left Pluto out to dry.

To Galileo's mind, the main thing that made up a planet was evidence of geological activity, and his definition stuck from the time he was theorizing in the 1600s until the early 1900s, the UCF study noted. That changed due to two factors: a decline in planetary science papers and a rise in the printing of almanacs.

"We found that there were enough almanacs being sold in England and in the United States that every household could get one copy every year," UCF planetary scientist Philip Metzger told UCF's news arm of his findings, which were published in the Icarus astronomy journal. "This was a key period in history, when the public accepted that the Earth orbits the Sun instead of the other way around, and they combined this great scientific insight with a definition of planets that came from astrology."

Whereas before, objects like moons and asteroids could have been considered planets under the Galilean ideal, that changed because astrology requires the concept of a specific number of planets to make predictions, and the astrologically-derived weather forecasts of almanacs did as well.

Between the early 1900s and the 1960s, when space exploration missions began to take off from Earth, Pluto remained one of nine fixed planets — but as some scientists began to return to Galileo's broader geophysical definition of planets, others still pushed back.

The key IAU criterion that booted Pluto — that a planet must clear its own orbit — was never really used in the past, the UCF researchers found. Nevertheless, its inclusion into the planetary taxonomy changed astronomy as we know it, and to the authors of this study, adding that additional criteria was a mistake.

As Metzger put it, the expansion of planetary science between the 1600s, when Galileo was jailed for the rest of his life over his heliocentric model, and the 1900s was, in a metaphorical sense, like releasing him from house arrest.

"But then around the early 1900s, we put him back in jail again when we went with this folk concept of an orderly number of planets," he added. "So, in a sense, we rejailed Galileo. So, what we’re trying to do, in a sense, is get Galileo out of jail again, so that his deep insight will be crystal clear."

On the longshot that the IAU takes the UCF research into account and once again changes its planetary criteria in a manner that would reinstate Pluto, it would be as big a deal as the original 2006 decision because, under the Galilean ideal, we'd go from officially having eight planets in our Solar System to dozens, given how many moons it holds — and that's not counting the asteroids that may be defined as planets as well.

But if nothing else, this research drives home the thought-provoking concept that planetary taxonomy is as artificial as the telescopes we use to find new exoplanets — and that they exist all over the Universe regardless of what we call them here on Earth.

More on our crowded sky: A Baffling Number of “Stars” Are Actually Spacecraft

Read This Next
Jupiter Jokesters
Nitwits Claim Wrongly to Have Disproved the Existence of Jupiter
Welcome Wagon
Mercury Is Every Planet in the Solar System's Closest Neighbor
Ultima Thule
New Horizons Will Fly Past the Most Distant Object We've Ever Visited
I Need Space
These Lonely Planets Drift Through Space Without Orbiting Stars
Futurism
Astronomers Just Discovered Three Planets in an Entirely New Way
More on Off World
Exoplanet Dance
6:32 PM on the byte
Scientist Releases Amazing Video of Exoplanets Orbiting Distant Star
Space Junk News
5:06 PM on the byte
Two Large Chunks of Space Debris Just Almost Collided in an Epic Disaster
Mars Drop
2:16 PM on the byte
NASA's Mars Rover Perseverance Just Dropped Off Its Last Sample
READ MORE STORIES ABOUT / Off World
Keep up.
Subscribe to our daily newsletter to keep in touch with the subjects shaping our future.
+Social+Newsletter
TopicsAbout UsContact Us
Copyright ©, Camden Media Inc All Rights Reserved. See our User Agreement, Privacy Policy and Data Use Policy. The material on this site may not be reproduced, distributed, transmitted, cached or otherwise used, except with prior written permission of Futurism. Articles may contain affiliate links which enable us to share in the revenue of any purchases made.
Fonts by Typekit and Monotype.