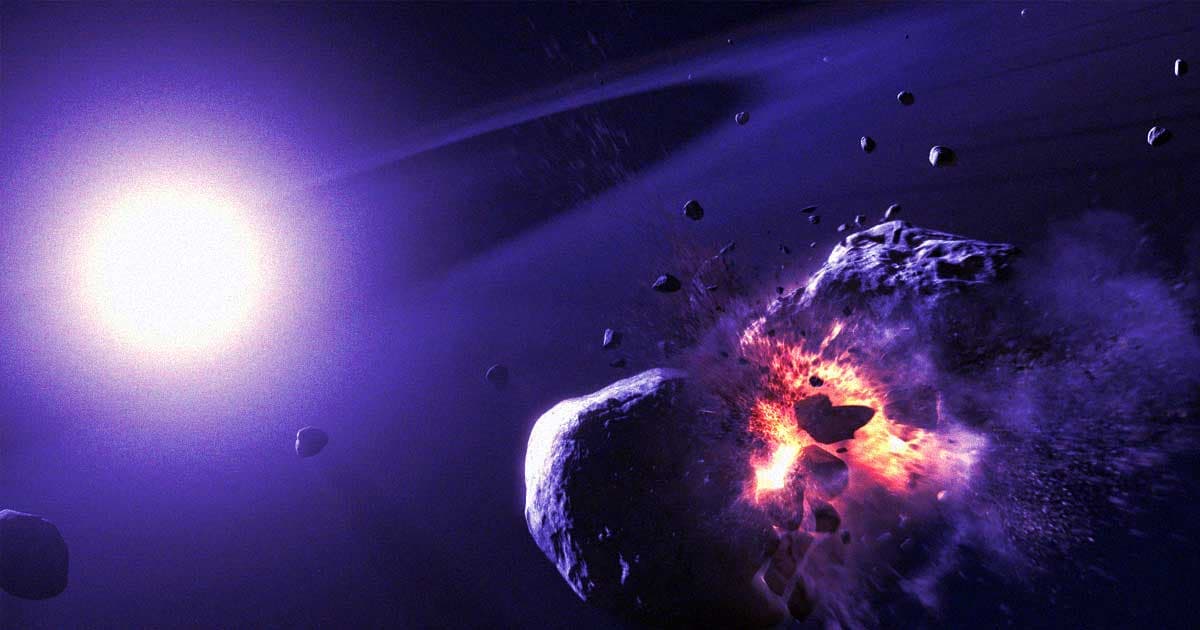 Have you ever indulged the depths of your intrusive thoughts and wondered how the universe is going to smash and chew up our little planet over billions of years?

Well, that’s more or less what scientists Garett Brown and Hanno Rein at the University of Toronto have done for their recent study on what would happen if a neighboring star flew just a little too close to our solar system.

While they're not expecting a neighboring star to come cruising through the middle of our system, they looked at the potentially devastating effects of minor shifts in the orbits of the solar system's planets, triggered by a star getting a little too close to comfort — some billions of miles away.

Brown and Rein ran nearly 3,000 simulations with varying degrees of perturbation caused by a possible stellar fly-by, examining the subsequent effects up to 4.8 billion years later.

"Up to," because some simulations ended early when a planet was jettisoned from the solar system or was destroyed. Yikes!

The results are pretty shocking. The scientists found that just a 0.1 percent change in Neptune’s distance to the Sun could plunge the entire solar system into complete chaos — all because a star came within 23 billion miles of the Sun.

To put that number into perspective, Proxima Centauri, our closest neighboring star, is about 24.8 trillion miles away.

While a complete collapse of the solar system sounds like a pretty catastrophic event, that kind of demise could stretch out over billions of years.

"These weak perturbations don’t destroy the solar system immediately, they just wiggle it around a little bit, and over the next millions or billions of years something goes unstable," Rein told New Scientist.

Perhaps a little more optimistically, 960 of the simulations resulted in insignificant changes.

Besides, as the researchers themselves concluded, this kind of stuff only happens in our corner of the universe once every 100 billion years or so, with the effects taking millions of years to come into play.

In short, it's an interesting scenario to think about, but not one you'll have to worry about —unless you plan on living forever.

Hello Darkness
NASA Proposes Sending Spacecraft to Measure Mysterious Dark Matter
Feb 3
Read More
Jupiter Jokesters
Nitwits Claim Wrongly to Have Disproved the Existence of Jupiter
Jan 30
Read More
Captain Planet
Planet Nine Might Not Actually Exist, Scientists Say
2. 16. 21
Read More
+Social+Newsletter
TopicsAbout UsContact Us
Copyright ©, Camden Media Inc All Rights Reserved. See our User Agreement, Privacy Policy and Data Use Policy. The material on this site may not be reproduced, distributed, transmitted, cached or otherwise used, except with prior written permission of Futurism. Articles may contain affiliate links which enable us to share in the revenue of any purchases made.
Fonts by Typekit and Monotype.