3 of the Most Absurd Apocalyptic Scenarios 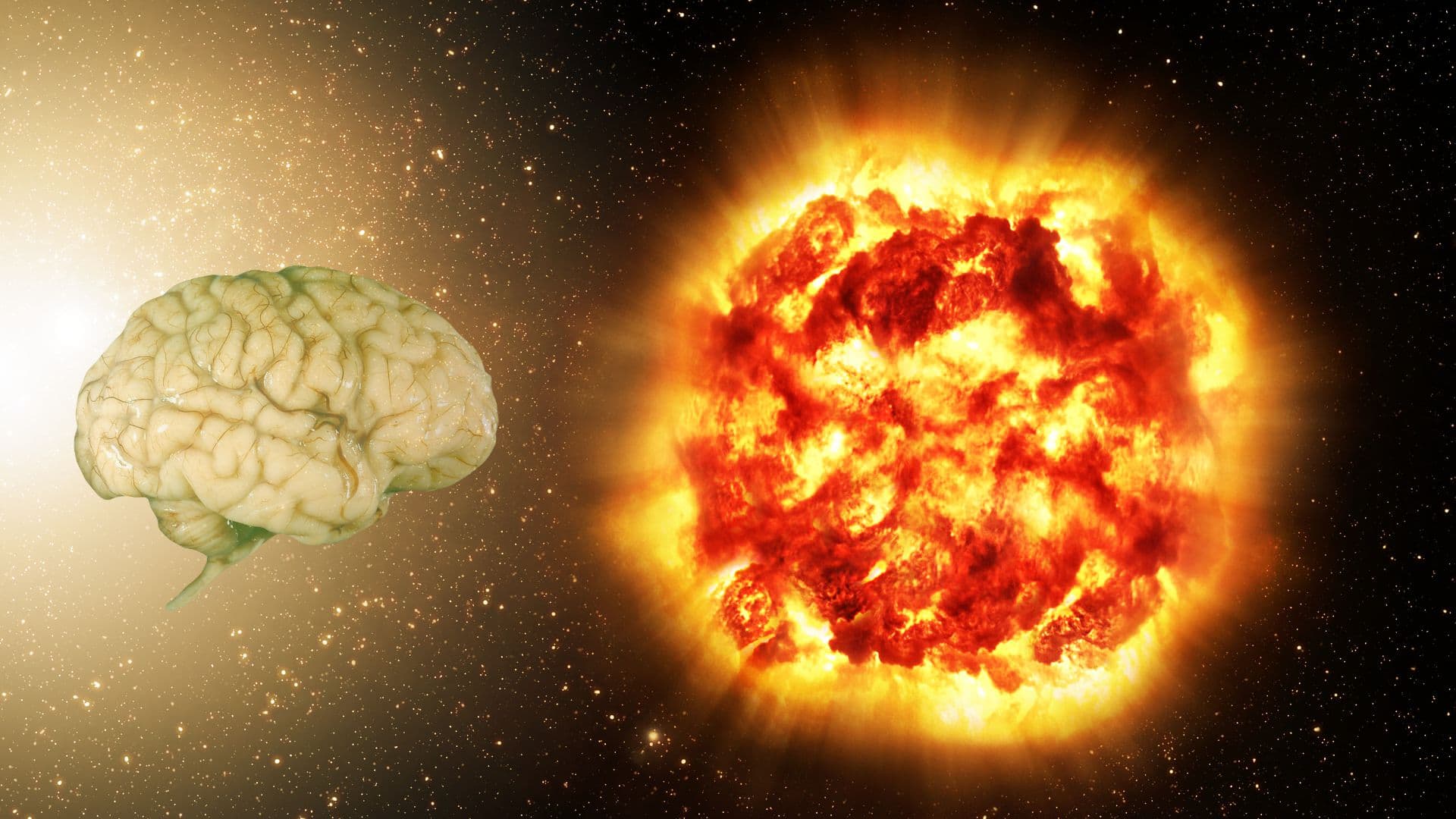 People thought that the world was going to end at the turn of the century. Y2K was supposed to cause a global catastrophe and destroy life as we know it (or at the very least, it was supposed to annihilate modern society). But of course, the world didn't end in the year 2000. In fact, the year came and went, and life continued on just the same as ever.

People thought that the world was going to end in 2012. An ancient Mayan prophesy foretold that the calendar was about to run out; this was to be our last year on Earth. But of course, the world didn't end in 2012. In fact, the Mayans never even predicted that it would. Ultimately, the "End of Times" was all our idea.

But here's the thing: It always is.

Humanity is a little obsessed with apocalyptic scenarios. If it's not Y2K or 2012, it is Ebola or Bird Flu or West Nile or Nibiru or one of a million different things that could (at any moment) bring about our complete and utter destruction. In the end, none of these Doomsday scenarios hold any weight, and shockingly, they aren't even close to the craziest ideas about the End Times.

So let's take a moment to delve into the truly bizarre. Here are three of the zaniest ways the world could end (but won't)..

Even before the Large Hadron Collider (LHC) went online, people were already trying to capitalize on the ignorance of the masses, which ultimately led to the now-infamous lawsuit that was filed against CERN. The group wanted to push the launch back indefinitely, at least until the LHC's safety was reassessed to their satisfaction (which is difficult when dealing with scientifically illiterate individuals, who wouldn't know a boson from Boston, but I digress). People needed to be assured that particle accelerator collisions couldn't generate planet-engulfing black holes, or spontaneously recreate the big bang.

One of the strangest fringe claims—in a literal and metaphorical sense—centers on strangelets: an unstable, exotic form of matter hypothesized to exist. It is comprised of an equal number of up, down, and strange quarks (quarks, as you might recall, are constituent parts of elementary particles, which come in various flavors).

"Strange" matter is named as such for a reason... it's really freaking strange. At least, what we know about it is strange. It's believed that quarks in various flavors can combine and remain stable, rather than decaying into normal matter.

So, assuming a batch of strange matter made its way to Earth (or was created at the Large Hadron Collider, which isn't impossible), it could, in theory, completely overwhelm normal matter and transform it into strange matter—an energetically favorable state. Before too long, every atom on the entire planet  would be converted into strangelets (the Pauli exclusion principle in action). Needless to say, that would not be a good thing.

Although ultimately, despite the fact that strange matter has never been detected, our models suggest that it would need to be quite heavy and prone to decaying very quickly, reverting it back into traditional up and down quarks. Ergo, If the LHC could create strangelets by slamming protons together at relativistic speeds, it's almost certain that the temperatures would prohibit quarks from bonding with additional flavors—something that is needed to transform normal matter into strange matter. Even if physicists manage to do that, only the negatively-charged strangelets are remotely capable of destroying the planet. Did you notice all of the "ifs" and "even ifs" in that paragraph? I hope so.

Some might say that nanotechnology—that is, the production of incredibly small, sometimes self-replicating, structures composed of biological material—is the pinnacle of technological evolution. To condense, nanotechnologies are created by exploiting the unique properties of matter, where chemical reactions occur on a microscale. By definition, constituent parts of any nanontechnology are tiny beyond comprehension—typically smaller than a single atom or molecule.

Many believe that in the future, it will be possible to use certain kinds of nanotechnology (like von Neumann probes) to exploit the resources of other planets.

However, there are a few downsides. For instance, self replicating bots could potentially start replicating at such a high-speed, they could literally consume everything, even biological material—turning the world (and everyone/everything on it) into literal gray goo (called "ecophagy"). Perhaps after that, it would continue on to consume a large fraction of our galaxy, before eating its way out into interstellar space.

One such scenario was devised by Eric Drexler, from his book "Engines of Creation." In it, he said: “…the first replicator assembles a copy in one thousand seconds, the two replicators then build two more in the next thousand seconds, the four build another four—in less than two days, they would outweigh the Earth; in another four hours, they would exceed the mass of the Sun and all the planets combined…” [via Eric Drexler's website]

The punch line? We'd all be screwed.

Drexler went on to say that, for the grey goo hypothesis to be remotely viable (a term I use very loosely), any such nanoparticle replicator would have to adhere to three basic rules:

As a fourth requirement, Drexler points out that "Each grey goo-bot must also have a sufficiently sized, self-contained computer to store the information to direct the ‘bot. A person reading this article in 2012 may conclude such a computer would be too large—and therefore too cumbersome—to practically be included in a grey goo-bot candidate. But given technological growth predictors such as Moore’s Law, this same person reading a few years in the future may conclude nanotechnology is sufficiently advanced for this criterion. So the fret-worthiness of grey goo may depend on whether one adheres to such trendy predictions."

Drexler himself even eventually admitted that his proposition was very unlikely, but he didn't explicitly say it couldn't happen. As we know, the laws of physics allow some VERY strange things to remain within the scope of possibility, which brings us to....

We all know that space is pretty big—maybe even infinitely so. If scientists are correct in that assertion (and it's fairly likely that they are), many mind-blowing predicaments arise, or, at the very least, are made possible.

One of the most fascinating concepts is that of the Boltzmann brain: a theoretical entity believed to be conscious and self-aware, but lacking a physical form, with the exception of a brain (hence the name). Unlike humans, these beings wouldn't start out as microbial life forms, and evolve to intelligence over the course of millions, or billions of years, but they would form spontaneously given an infinite amount of time. in an infinitely large universe.

Even for us, consciousness is a tough thing to understand. We have billions of neurons, which build an intricate system that ultimately helps us create memories, retain information, and communicate with other parts of our body to keep us alive. This makes it all the more difficult to understand how something so strange could even exist. They basically go back to the idea that an infinite amount of monkeys working on an infinite number of typewriters will replicate the complete works of Shakespeare, if you leave them to their own devices long enough. (It's quantum physics at its most wacky point.)

It absolutely must be said that Boltzmann brains are nothing more than an intangible concept, first devised as a way to describe the state of entropy the universe started out with, and the one we find ourselves living in today. In fact, some may say that they deal more with probabilities and paradoxes than anything else.

With that said, let's pretend for a moment that Boltzmann brains do exist (or will at some point in time)—it's conceivable that, given the size and age of the universe, they could easily outnumber human beings by a large margin (in the grand scheme of thing, 7 billion is a small number. Only they wouldn't just outnumber those alive today, but all of the people who will ever live and have already died as well). Of course, then one would have to work under the assumption that not only would a legion of space brains come together, but that these creatures are malevolent, and would have some vendetta against the inhabitants of planet Earth.

This one can be debunked, not by focusing on the physical capabilities the 'space brains' may have, but by looking at the manner in which they are theorized to come to fruition. Basically, their existence hinges on entropy—a distant time in which the universe has become a featureless, inky void, devoid of order, or a time in which the future is no longer indistinguishable from the past. The Sun, Earth, and probably humanity itself, will be gone long before then.

Furthermore, string theory dictates that many universes exist beyond ours—where all possibilities are realized in one way or another. Ultimately, within this construct—called the multiverse—new universes, with the property of eternal inflation, form within other universes, like bubbles. In this scenario, one would arise as a result of quantum fluctuations, with the arrow of time running the same way (conversely, others could experience time in reverse.. Going from a system of high entropy to a closed system of low entropy [like ours]).

Of course, string theory is still extremely controversial; many physicists do not believe it to be the best model to explain the properties of the universe. Fortunately though, it would place some constraints on space brains: