What Is a Von Neumann Probe? 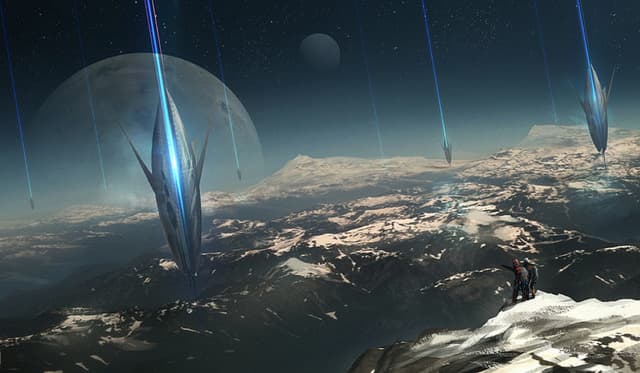 Let's take a look at one of John von Neumann's most fascinating contributions to science: the Von Neumann probe. Simply put, a Von Neumann probe is a self-replicating device that could, one day, be used to explore every facet of the Milky Way in a relatively small window of time.

The general idea is to build a device out of materials that are readily available and easily accessible out in space, like on rocky planets or small moons. Once it finds a suitable destination, it lands and mines the material it needs to build even more devices, which, in turn, land on other planets and moons and build even more.

The system is very effective, and by some estimates, it would take around half a million years to dispatch millions of probes across our galaxy, assuming each one travels at approximately 1/10th the speed of light, or 18,640 miles (30,000 km) per second (though the real number could be closer to ten million years, which is still no time at all in the grand scheme of things).

WATCH: The Von Neumann Probe (A Nano Ship to the Stars)

Some people have even suggested nanotechnology might one day include self-replicating molecules, which could even be put inside the human body to treat illnesses or cure diseases. Other intelligent civilizations may employ the use of similar technologies,