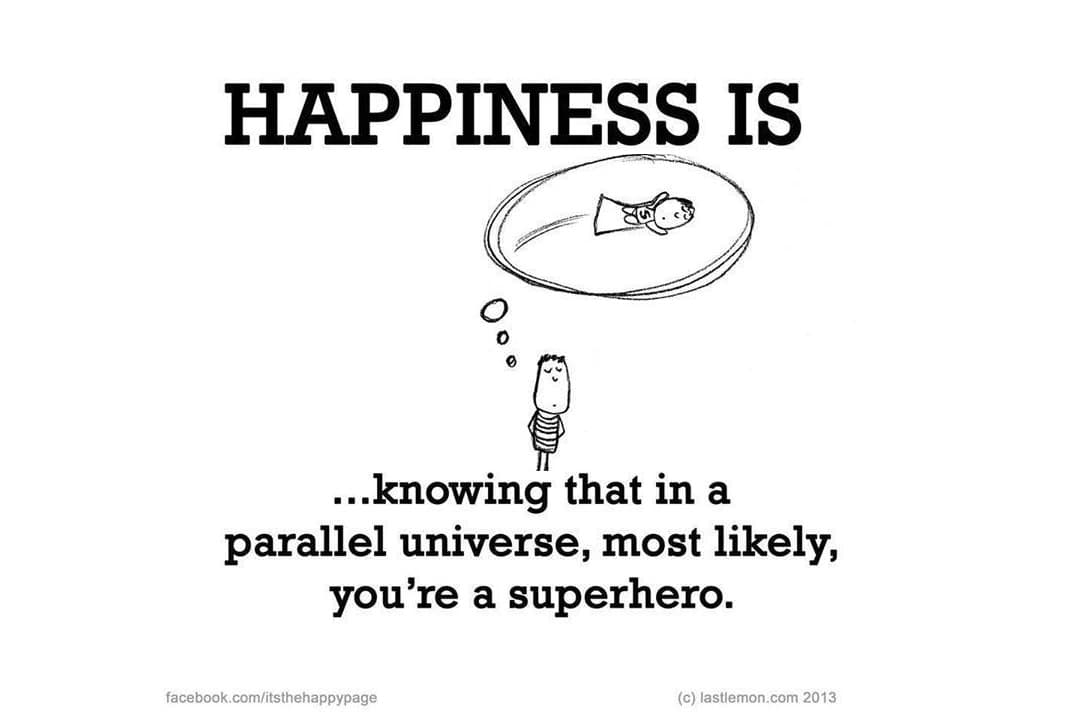 When we hear the term ‘parallel universe’, we often cite the classic science fiction picture of a parallel universe; something that acts as a mirror, where on one day, in this universe, you didn’t manage to have the guts to ask that girl out, but in the parallel universe, not only did ‘you’ ask her out, but a decade later, she became your wife. We all like to subscribe to such fascinating ideas, but for a while, it was relegated to the domain of sci-fi creators/fans. The real picture tells us something a lot more interesting.

AN INFINITE NUMBER OF 'YOUS';

The concept of parallel universes is an idea that arises from the multiverse theory, suggesting that our universe is one of many existing universes that, in a manner of speaking, lie parallel to each other. Max Tegmark, a professor at MIT (Massachusetts Institution Technology), has cleverly put out the idea that there are four distinct types of parallel universe. Building on this notion, Dr. Michio Kaku has suggested that if these ideas become reality, depending on which one of the four types of parallel universes that truly exist, there are virtual copies of you in another region of space. One interesting aspect of this to consider, which catches the attention of scientists and philosophers alike, is the issue of morality. How is this relevant? Well; to paraphrase Dr. Michio Kaku, “Why shouldn’t you do something that is considered to be morally wrong in this universe, if you can get away with it in an other?” As striking as that sounds, I wouldn’t get too ahead of the game just yet. First, let’s take a look at Prof. Max Tegmarks four levels of parallel universes:

A type 1 parallel universe assumes space is infinite (it very well could be) and the physical laws of these other universes are the same as ours, but are so far away from us that we are causally disconnected, meaning that no messages can be received or sent because we can only receive messages from within our own Hubble volume.

A type 2 parallel universe is all dependent on the two theories, which, incidentally, may possibly prove this type of multiverse; the Inflation model and the Ekpyrotic Theory. According to Prof. Tegmark, because of ongoing inflationary processes in these universes and ours, space between the other universes and our own is expanding faster than the speed of light – ergo, they are too far for any communication to occur.

A type 3 parallel universe is the universe we all initially think of, and that is the alternate/mirrored reality universe. This type of parallel universe arises out of the Many Worlds Interpretation (MWI) of Quantum Mechanics to approach the phenomenon of wave-function collapse. The MWI says that for every possible quantum option, there is another universe in which such an option is realised. For example, if you come to a point in your day where you find yourself torn between the choice of two drinks, maybe just a glass of water or a bottle of Dr. Pepper, if you opted to choose the bottle of Dr. Pepper, a Type 3 parallel universes says that in the alternate reality, you actually chose to enjoy a glass of the good old H2O instead.

One thing we can all be sure about is that these hypotheses are very exciting from multiple view-points. Philosophically or scientifically, room for debate is always allowed. I should stress that these ideas are not concrete, but are highly theoretical. For that matter, the multiverse hypothesis, to some scientists, raises many more questions than it may seem to answer; a handful of scientists and philosophers simply do not think that the idea of a multiverse is empirically available to us, nor do they think that it will solve any underlying problems. Namely the question as to which underlying laws all of these other universes would obey -- the ‘physics of the physics,’ to put it one way. Stephen Hawking phrased it as such:

“Even if there is only one possible unified theory, it is just a set of rules and equations. What is it that breathes the fire into the equations and makes a universe for them to describe?”

Additionally, there are other well-respected physicists who find such problems when faced with the multiverse hypothesis, such as Prof. Paul Davie - a physicist and astrobiologist from the Arizona State University (he specializes in the quantum field theory). Prof. Davies notes:

“Multiverse proponents are often vague about how the parameters values are chosen across the defined ensemble. If there is a ‘law of laws’ describing how parameter values are assigned as one slips from one universe to the next, then we have only shifted the problem of cosmic biophilicity up one level. Why? First, because we need to explain where the law of laws come from.”

Although, in the presence of much scientific skepticism, Prof. Tegmark, gaining much recognition for his work in fields such as cosmology, holds very strongly to the multiverse hypothesis; the link provided below is a carefully constructed paper by Prof. Tegmark, and will provide deeper insight as well as mathematical descriptions of his reasons for arguing in favor of parallel universes.

You can find a lot more information here.