The island state is proving to be the nation's most forward-thinking. 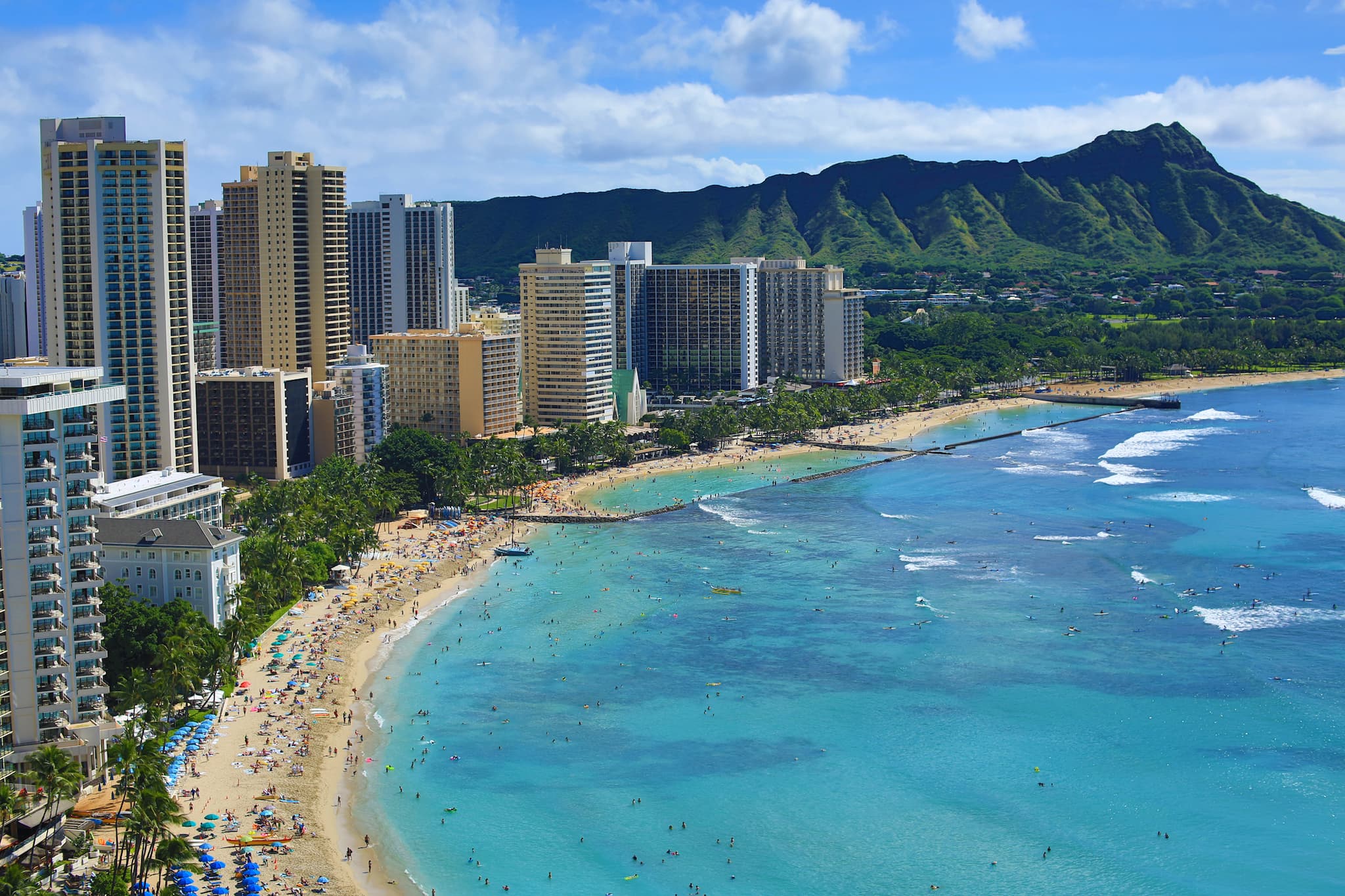 Eyes on the Future

Innovation and forward-thinking may be Hawaii's two biggest exports in 2017. Earlier this month, the state earned the distinction of being the first in the U.S. to formally accept the provisions of the Paris Climate Agreement after President Donald Trump decided to withdraw the nation from it, and now, Hawaii is taking the lead in embracing yet another innovative idea: universal basic income (UBI).

Today, Hawaii state representative Chris Lee wrote a Reddit post about House Concurrent Resolution 89, a bill he says he introduced in order to "start a conversation about our future." According to Lee, "After much work and with the help of a few key colleagues, it passed both houses of the State Legislature unanimously."

The bill has two major provisions. First, it declares that all families in Hawaii are entitled to basic financial security. "As far as I'm told, it's the first time any state has made such a pronouncement," wrote Lee. The second provision establishes a number of government offices "to analyze our state's economy and find ways to ensure all families have basic financial security, including an evaluation of different forms of a full or partial universal basic income."

The congressman thanked "redditors" in his post, as he said the site became his first resource in considering UBI, and added a Reddit-standard TL;DR at the end: "The State of Hawaii is going to begin evaluating universal basic income."

Under a UBI program, every citizen is granted a fixed income that's not dependent on their status in life. Despite the current focus on the concept, it actually isn't particularly new. In fact, former U.S. President Richard Nixon actually floated the idea back in 1969.

However, the benefits of such a program have become more appealing in light of recent technological advances, specifically, the adoption of automated systems that could result in widespread unemployment.

Proponents of UBI have highlighted how it would be an improvement on existing social welfare programs while mitigating the effects of the joblessness expected to follow automation. Critics think that UBI would encourage a more lax attitude about work and argue that funding such a system would be difficult, if not impossible.

Hawaii may be the first U.S. state to pass any sort of UBI-positive legislation, but several countries around the globe are already testing the system. Finland began its two-year UBI pilot in 2016, and Germany has one as well. Canada plans to start trials in Prince Edward Island (PEI) and Ontario, while India is currently debating the merits of UBI. Several private UBI endeavors are also in the works, including one that uses blockchain and cryptocurrency.

Of course, the implementation of any major UBI program requires a great deal of political will. As Lee wrote, "Planning for the future isn't politically sexy and won't win anyone an election [...]. But if we do it properly, we will all be much better off for it in the long run."

Read This Next
Give Me Cash
Scientists Discover That Money Actually Can Buy Happiness
FrancisGang
The Pope Just Endorsed Universal Basic Income
Cost of Living
This Company Is Paying People $1,830 to Film Them Constantly
Essentials First
Basic Income Recipients Spent the Money on “Literal Necessities”
Lowkey Robot Takeover
New Futurist Fear: "Economic Singularity" Could Kill Jobs Forever
More on Future Society
I Silence Thee
Yesterday on futurism
Leaked Messages Seem to Show Elon Musk Using Twitter to Punish His Enemies
Gas Giant
Friday on the byte
Journalist Eats Lab-Grown Chicken, Gets "Weirdly Gassy"
Musk Rats
Thursday on the byte
Twitter Is Quietly Re-Suspending the Lunatics Elon Musk Let Back On
READ MORE STORIES ABOUT / Future Society
Keep up.
Subscribe to our daily newsletter to keep in touch with the subjects shaping our future.
+Social+Newsletter
TopicsAbout UsContact Us
Copyright ©, Camden Media Inc All Rights Reserved. See our User Agreement, Privacy Policy and Data Use Policy. The material on this site may not be reproduced, distributed, transmitted, cached or otherwise used, except with prior written permission of Futurism. Articles may contain affiliate links which enable us to share in the revenue of any purchases made.
Fonts by Typekit and Monotype.