Canada Has Unveiled the Details of Its Highly Anticipated UBI Program

We’re about to find out if free money is the social security net of the future. 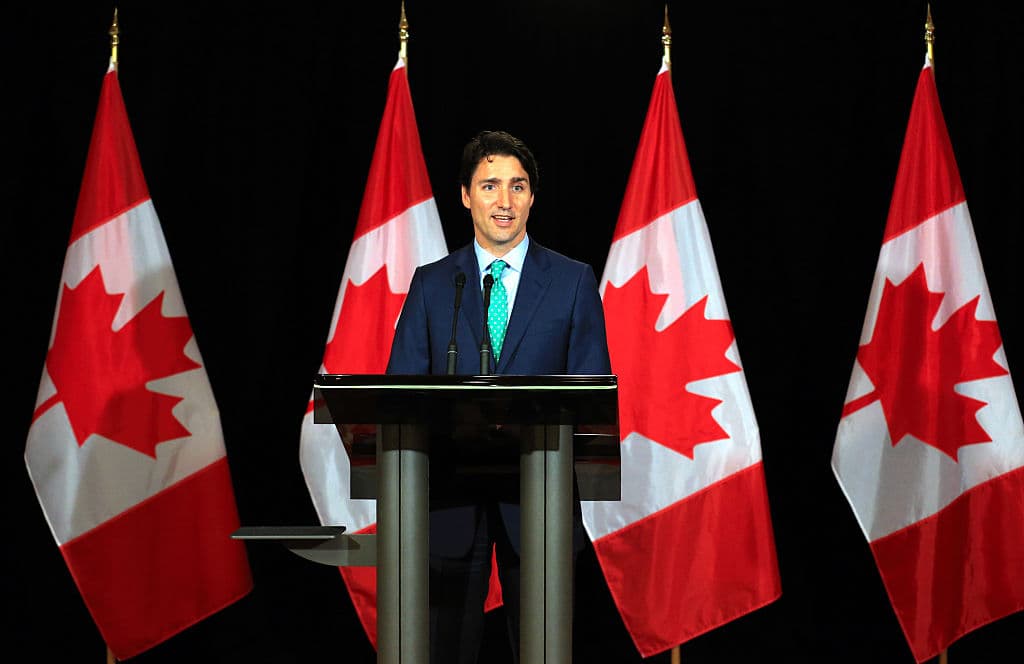 On Monday, Premier Kathleen Wynne of Ontario announced the details of the Ontario Basic Income Pilot, a universal basic income (UBI) program that will begin this spring and run for a period of three years. A total of 4,000 people from three areas – Hamilton, Thunder Bay, and Lindsay – will be receiving income.

Ideally, under a UBI program, every citizen of legal age — regardless of social status and employment situation — is eligible to receive a fixed amount of income with no strings attached. This basic income can be given either on a regular basis or in lump sum. In the case of the Ontario UBI program, the Toronto Star reports, the recipients will be chosen randomly.

"The project will explore the effectiveness of providing a basic income to people who are currently living on low incomes, whether they are working or not,” Wynne said in Monday's speech. “People participating in our pilot communities will receive a minimum amount of income each year — a basic income, no matter what.”

Single adults between the ages of 18 and 64 are eligible to receive $16,989 annually. Meanwhile, couples would be given up to $24,027 and persons with disabilities would receive an added $6,000. “It’s not an extravagant sum by any means. For a single person, we are talking about just under $17,000 a year, but even that amount may make a real difference to someone who is striving to reach for a better life,” Wynne explained.

Other countries and nonprofit groups have been running UBI pilots – most notably Finland, the Netherlands, and a startup called GiveDirectly that's been running basic income programs in several Kenyan villages. Another effort from a non-profit in the U.S. focused on giving basic income via a cryptocurrency.

Experts put themselves on both sides of the UBI debate. Those who support the idea see UBI as a better alternative to existing social welfare models, and as a potential solution to the impending unemployment that could come with increased automation. On the other hand, critics raise concerns over how UBI can lead to a less productive society by encouraging people not to work. Still others point out the difficulty in raising the funds needed to run a full-scale basic income program.

The debate is an ongoing one. The viability and effectiveness of UBI still needs to be proven, and running pilot programs like Ontario's is the best way to go about it. As the Ontario Premier said in her speech: “We want to find out whether a basic income makes a positive difference in people’s lives [...] and whether it is an approach that deserves to be adopted across our province as a whole."

Read This Next
Give Me Cash
Scientists Discover That Money Actually Can Buy Happiness
FrancisGang
The Pope Just Endorsed Universal Basic Income
Cost of Living
This Company Is Paying People $1,830 to Film Them Constantly
Essentials First
Basic Income Recipients Spent the Money on “Literal Necessities”
UBI and Robots Forever
How Universal Basic Income Could Be Affordable, Andrew Yang Explains
More on Future Society
Rough
Monday on futurism
Elon Musk's Twitter Is Reportedly Failing Miserably to Contain Horrific Child Abuse Content
YouTube Propaganda
Monday on the byte
Experts Say There's Something Very Weird About North Korean YouTubers
Bird Crap
Feb 4 on the byte
It Looks Like Elon Musk Is Actually Building a Twitter Payment Platform
READ MORE STORIES ABOUT / Future Society
Keep up.
Subscribe to our daily newsletter to keep in touch with the subjects shaping our future.
+Social+Newsletter
TopicsAbout UsContact Us
Copyright ©, Camden Media Inc All Rights Reserved. See our User Agreement, Privacy Policy and Data Use Policy. The material on this site may not be reproduced, distributed, transmitted, cached or otherwise used, except with prior written permission of Futurism. Articles may contain affiliate links which enable us to share in the revenue of any purchases made.
Fonts by Typekit and Monotype.