This self-powered battery is made from radioactive waste. 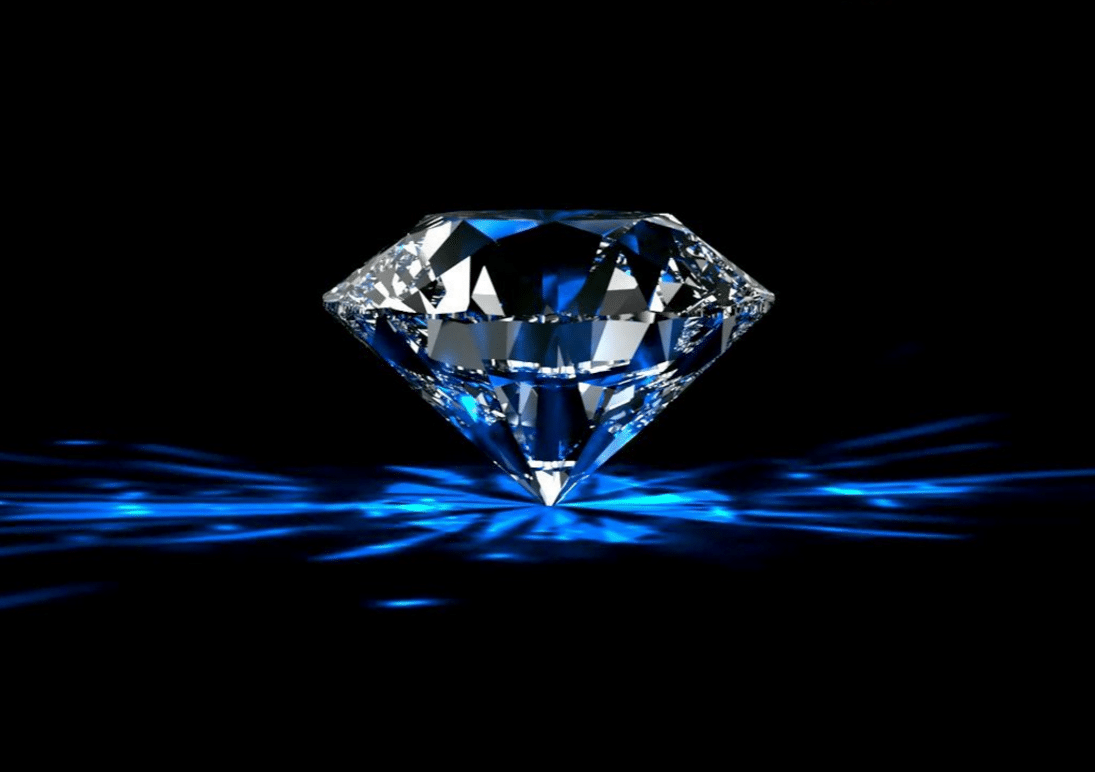 Scientists from the University of Bristol Cabot Institute are hitting two birds with one stone, thanks to their lab-made diamond that can generate electricity and is made from upcycled radioactive waste.

In nuclear power plants, radioactive uranium is split in a process called nuclear fission. When the atoms are split, heat is generated, and that heat then vaporizes water into steam that turns electricity-generating turbines.

A severe downside of this process is the creation of dangerous radioactive waste, which ultimately deposits in the graphite core that it is housed in. Today, this nuclear contamination is safely stored away until it stops being radioactive...and with a half-life of 5,730 years, that takes quite a while.

The scientists found a way to heat the radioactive graphite to release most of the radioactivity in a gaseous form. The gas is subjected to high temperature and low pressures that turn it into a man-made diamond.

When these diamonds are placed near a radioactive field, they generate a small electrical current. The developers enclosed the diamond battery in another non-radioactive diamond to absorb the harmful emissions, which in turn allowed for the generation of even more electricity, making the battery nearly 100 percent efficient.

The nuclear diamond battery has an incredible lifetime, and will only be half used up by the year 7746. This makes it an ideal power solution for "situations where it is not feasible to charge or replace conventional batteries," said Tom Scott, a materials science professor at Cabot Institute.

Flight times of planes, satellites, or spacecraft could increase with such a lasting battery. Medical devices like pacemakers and the artificial pancreas could become more reliable, empowering users to live their lives more fully.

The development also presents an incredibly efficient way to treat radioactive waste. Within the past 40 years, the US has amassed 76,430 metric tons (84,250 tons) of this waste.

Supplying the Earth with electricity is a daunting task even without a focus on sustainability. Now, it looks like experts are on the right track with this nuclear-powered diamond battery. It's almost like the holy grail of electricity generation, or as Scott puts it, "no emissions generated and no maintenance required, just direct electricity generation."

Read This Next
Bad Leak
An Underground Tank Is Leaking Massive Amounts of Radioactive Waste
More on Earth & Energy
Fly Guy
9:41 PM on the byte
Bird Advocates Horrified by Pigeon Dyed Pink For Gender Reveal Party
The Dos and Do-Do...
1:59 PM on the byte
Startup Backed By "Jurassic World" Producer Says It Will Revive Extinct Dodo Using Complete Genome
Shark Smile
Yesterday on the byte
Influencer Fined for Eating Endangered Great White Shark
READ MORE STORIES ABOUT / Earth & Energy
Keep up.
Subscribe to our daily newsletter to keep in touch with the subjects shaping our future.
+Social+Newsletter
TopicsAbout UsContact Us
Copyright ©, Camden Media Inc All Rights Reserved. See our User Agreement, Privacy Policy and Data Use Policy. The material on this site may not be reproduced, distributed, transmitted, cached or otherwise used, except with prior written permission of Futurism. Articles may contain affiliate links which enable us to share in the revenue of any purchases made.
Fonts by Typekit and Monotype.