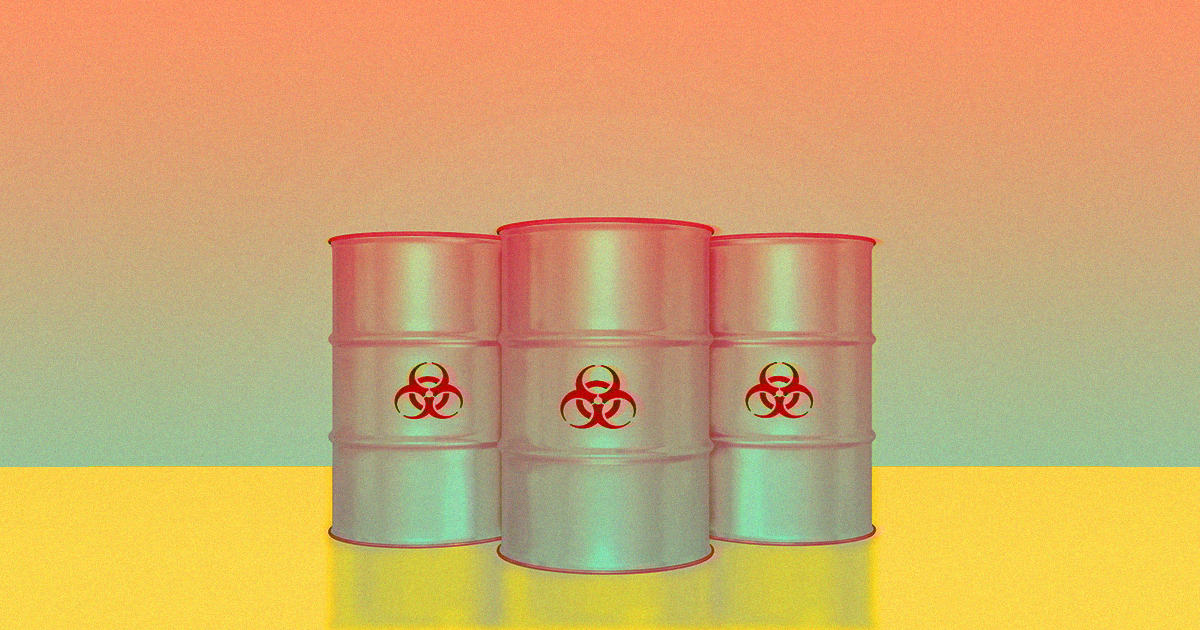 Nuclear power can provide inexpensive electricity with little in the way of emissions, but there's a catch: it produces horrifying radioactive waste that can remain deadly for thousands of years.

Enter Gerard Mourou, the Nobel Prize-winning subject of a fascinating new Bloomberg profile. He says that high-intensity lasers could one day render nuclear waste harmless in just a few minutes — a concept which, if realized, could make nuclear power a vastly more appealing energy option.

Mourou is the first to admit that his work, which would use powerful lasers to break down radioactive waste into less harmful material at the atomic level, could be decades off.

"Nuclear energy is maybe the best candidate for the future, but we are still left with a lot of dangerous junk," he said during his Nobel Lecture in December. "The idea is to transmute this nuclear waste into new forms of atoms which don’t have the problem of radioactivity."

Hurricane Season
Oops! Fusion Facility Keeps Failing to Recreate Last Year's "Breakthrough" Record
7. 25. 22
Read More
Corvid Pandemic
Silicon Valley City to Use Cheapo Lasers to Fight Invasion of Furious Crows
1. 18. 22
Read More
To Power Villages And Oil Rigs, Russia Sent A Nuclear Reactor On A “Tsunami-Proof” Barge
4. 30. 18
Read More
+Social+Newsletter
TopicsAbout UsContact Us
Copyright ©, Camden Media Inc All Rights Reserved. See our User Agreement, Privacy Policy and Data Use Policy. The material on this site may not be reproduced, distributed, transmitted, cached or otherwise used, except with prior written permission of Futurism. Articles may contain affiliate links which enable us to share in the revenue of any purchases made.
Fonts by Typekit and Monotype.