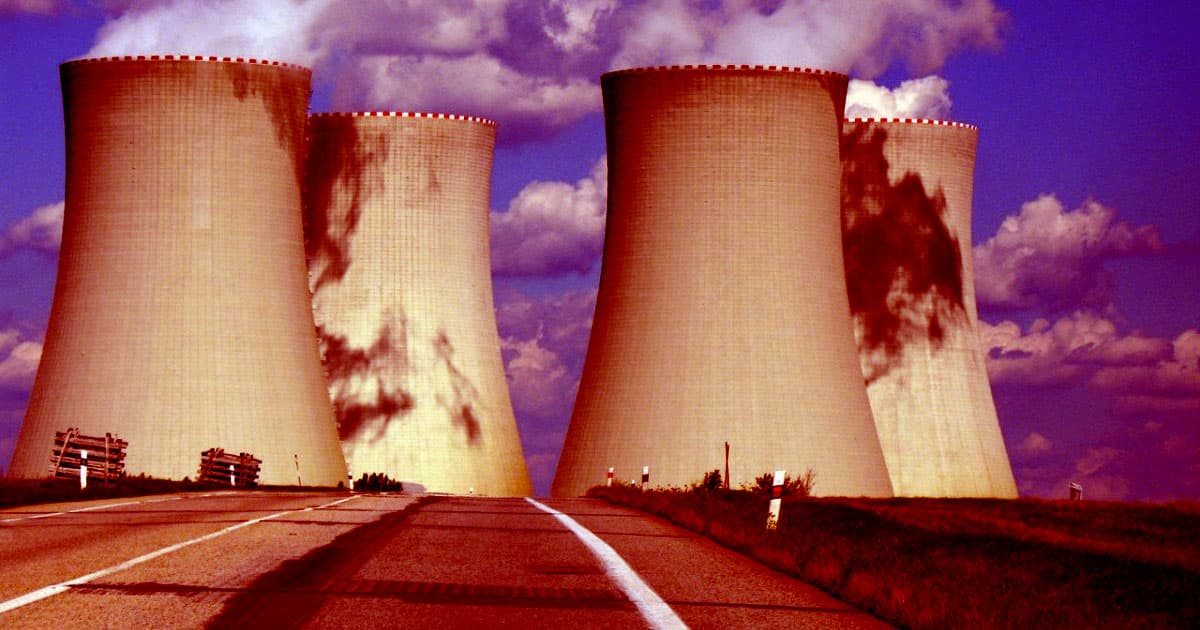 Experts: The Only Way to Save the Planet Is Nuclear Energy

The world needs to rethink its plan for addressing climate change.

That's the assertion of political scientist Joshua S. Goldstein and energy engineer Staffan A. Qvist. On Friday, The Wall Street Journal published an essay in which the duo argues that we can't address the global climate problem as quickly as needed using just renewables such as solar and wind.

We do have a viable way to avoid climate catastrophe, though, according to these experts — and it centers on a lot more nuclear energy.

Even if every nation implemented renewables at the same pace as Germany, a world leader in the space, we'd only hit about one-fifth the global target for clean electricity. At that rate, it'd take 150 years to fully decarbonize the planet, according to Goldstein and Qvist — but numerous climate scientists estimate we only have about three decades before we hit a climate tipping point.

And even if we could implement wind and solar at a quicker rate, they're both inconsistent sources of energy that require large segments of land.

"What the world needs is a carbon-free source of electricity that can be ramped up to massive scale very quickly and provide power reliably around the clock, regardless of weather conditions — all without expanding the total acreage devoted to electric generation," wrote Goldstein and Qvist. "Nuclear power meets all of those requirements."

"An American’s entire lifetime of electricity use powered by nuclear energy would produce an amount of long-term waste that fits in a soda can," the pair of experts asserts.

Ultimately, they argue, we need to destigmatize nuclear energy and incorporate it into efforts to avoid climate catastrophe quickly and broadly. According to Goldstein and Qvist, "It’s the only strategy that adds up."

READ MORE: Only Nuclear Energy Can Save the Planet [The Wall Street Journal]