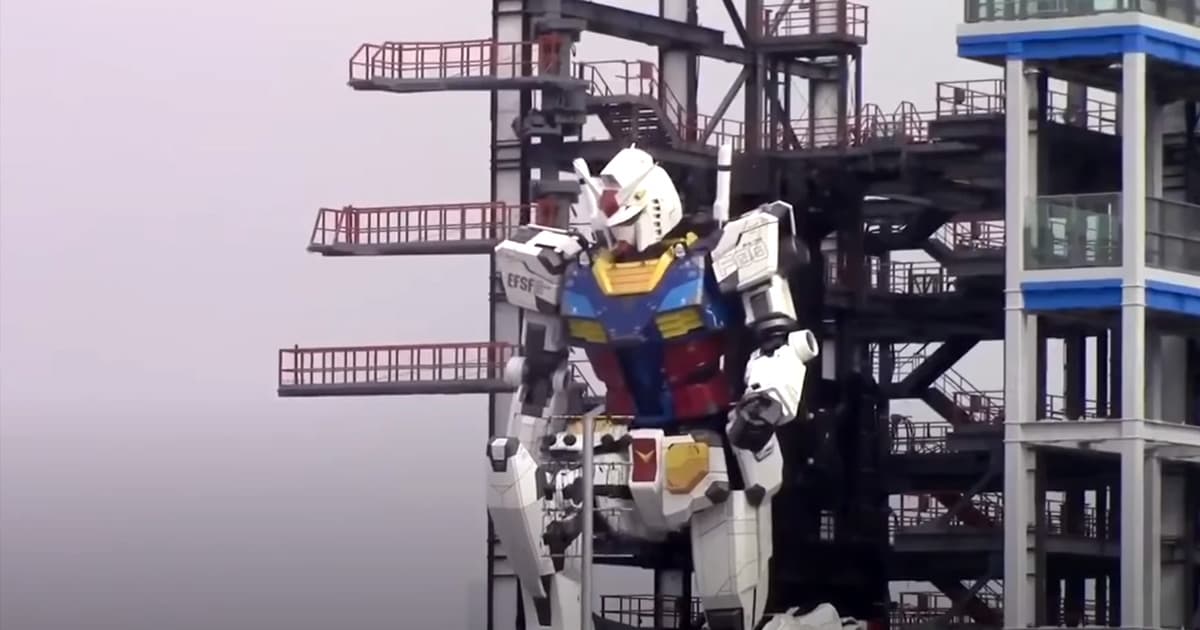 The footage, uploaded to YouTube by local observers, is admittedly sped up between at least two to four times, as Newsweek points out — but the grace at which it moonwalks across the ground in front of it and give a salute is a sight to behold in itself.

The robot was finally completed last month, according to Japanese news site SoraNews24. The massive structure weighs over 55,000 pounds and is modeled after the RX-78-2 unit from the popular "Gundam" science fiction franchise.

The robot still hasn't been revealed to the public, because the ongoing pandemic has indefinitely delayed its opening at the Gundam Factory in the port of Yokohama, Japan. It was originally meant to go on display in October of this year.