Who says bots can't be adorable? 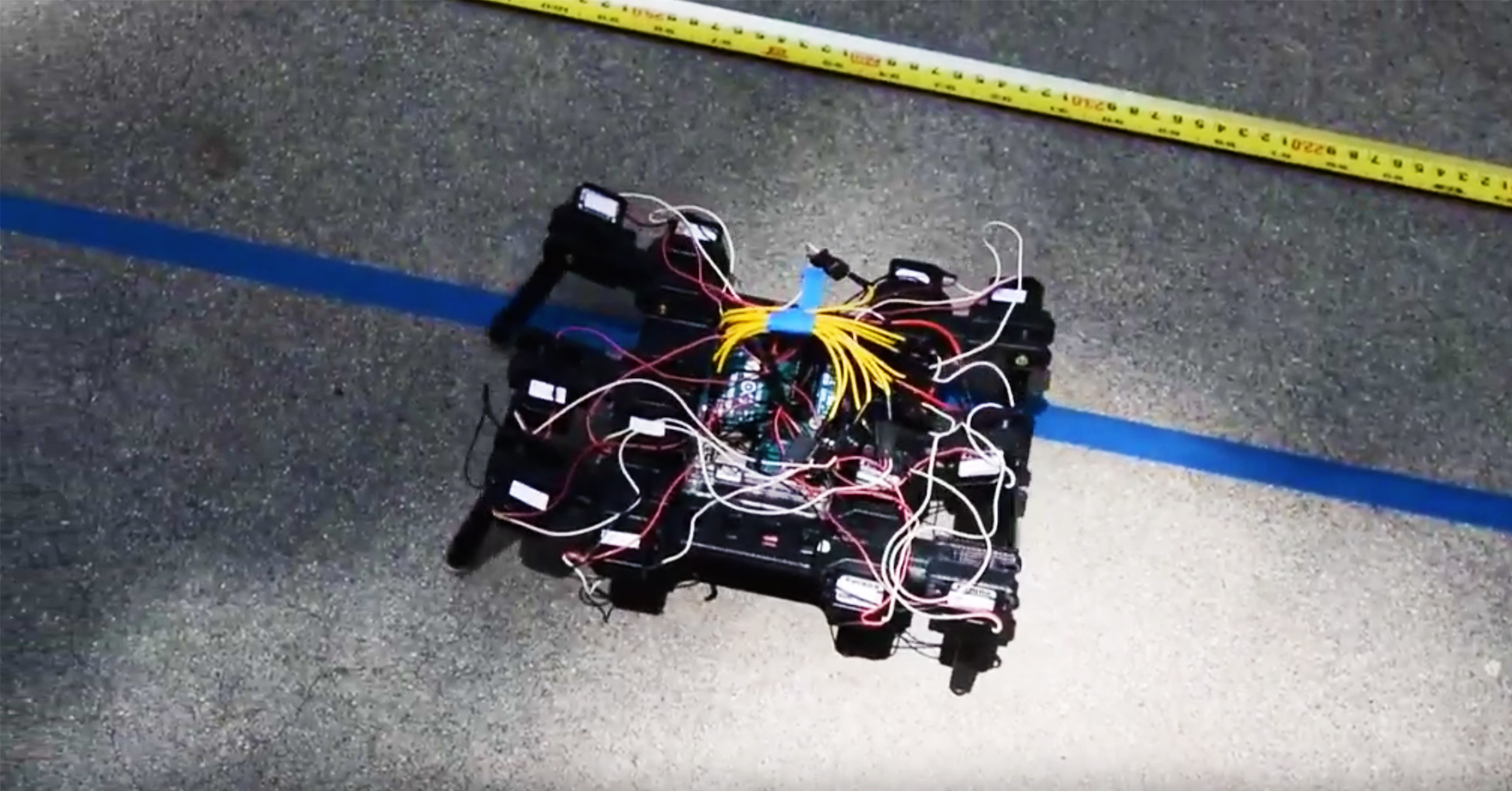 Want a robot that can navigate the world as easily as an animal? Then you have to design it to move the same way an animal does. This week, students enrolled in the University of Southern California's (USC's) Biologically Inspired Robotics course shared the results of their efforts to mimic animal movements in a robot.

In a posted on the university's site, the students' mini robots – with characteristics reminiscent of cats, crabs, and other creatures – shuffle along adorably on their plastic and metal legs. Each bot completed a trek 30-times the length of its body — the benchmark for success in the undergraduate course.

Watch the adorable robots in action for yourself:

Animals have been kicking it on Earth for about 650 million years. That's a whole lot of time for evolution to work out any biological kinks. Today, we have more than a million animal species with bodies perfectly suited for navigating life on this planet (plus a few mind-boggling exceptions).

As Satyandra “S.K.” Gupta, the course professor, noted in a USC news release, roboticists see tremendous value in studying the natural world and applying that knowledge to their designs.

“Taking inspiration from nature offers new possibilities for realizing novel robots," said Gupta. "As such, bio-inspired robotics has emerged as an important specialization within the field of robotics.”

Thanks to the efforts of those specialists, we now have robots that can withstand pressure like cockroaches, swim like seas turtles, and scale walls like insects. And, of course, we can't forget about arguably the most famous animal-inspired robot of all: Boston Dynamics' SpotMini.

Perhaps the bio-inspired robotics bug will bite one of these USC students, and they will go on to dedicate their career to bringing the best of Mother Nature into the robotics lab.

Read This Next
Diner Drama
People Furious at Robot Serving Pancakes at Denny's
Killer Robot Update
Uh Oh, They Strapped a Sniper Rifle to a Robot Dog
Bleep Bloop
Scientists Build "First Living Robots" From Frog Stem Cells
Brands We Love
This LEGO Robot Is the Fun Way to Teach Your Kids About Coding and STEM
Robot Violence
YouTube Accidentally Removed Robot Battle Videos for "Animal Cruelty"
More on Robots & Machines
FROM THE DEPT. OF...
Yesterday on futurism
The Best Smart TVs in 2022
FROM THE DEPT. OF...
Dec 1 on futurism
The Best Wired Earbuds in 2022
FROM THE DEPT. OF...
Dec 1 on futurism
The Best Gifts For Gamers in 2022
READ MORE STORIES ABOUT / Robots & Machines
Keep up.
Subscribe to our daily newsletter to keep in touch with the subjects shaping our future.
+Social+Newsletter
TopicsAbout UsContact Us
Copyright ©, Camden Media Inc All Rights Reserved. See our User Agreement, Privacy Policy and Data Use Policy. The material on this site may not be reproduced, distributed, transmitted, cached or otherwise used, except with prior written permission of Futurism. Articles may contain affiliate links which enable us to share in the revenue of any purchases made.
Fonts by Typekit and Monotype.