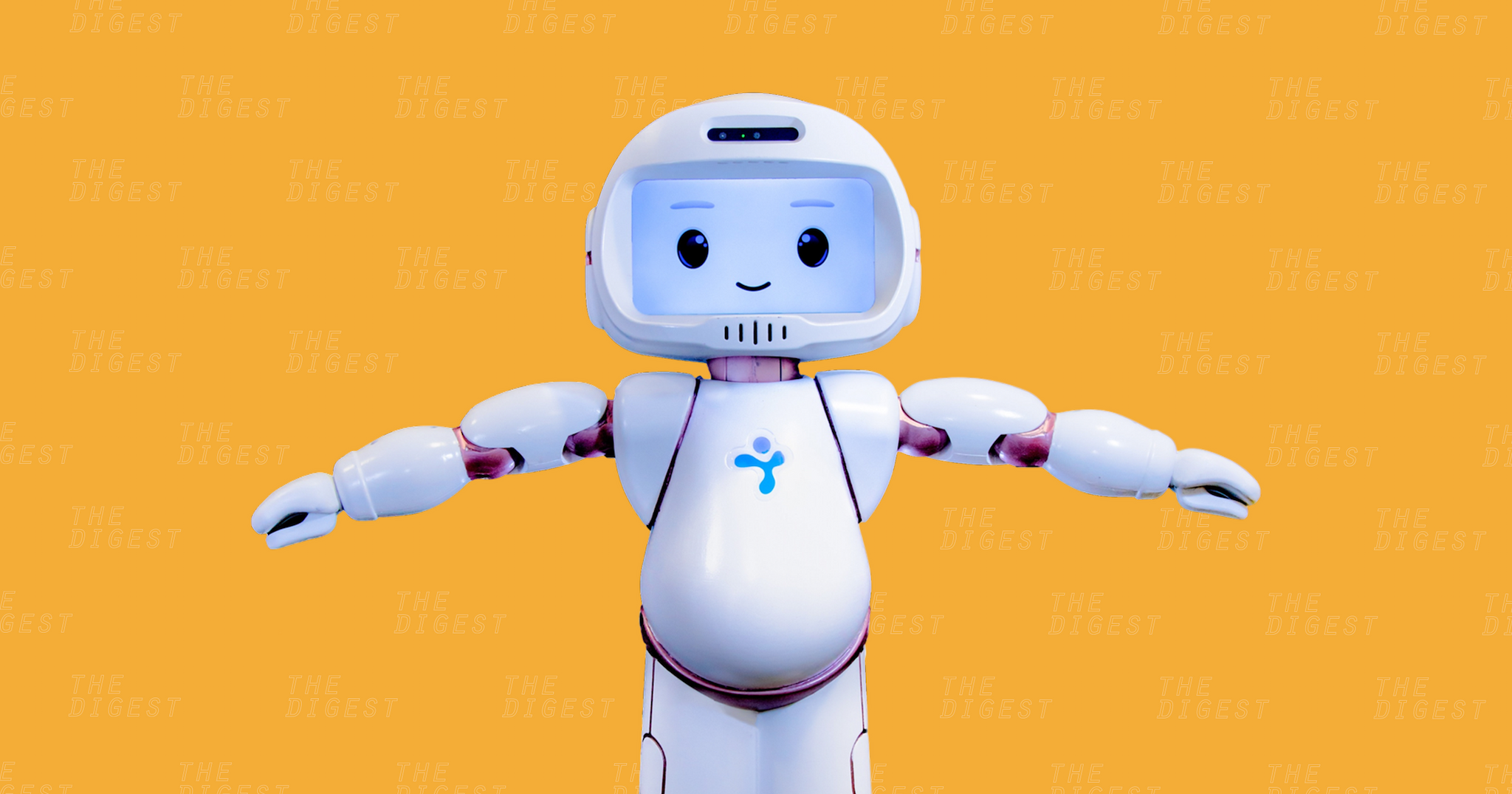 QTrobot holds the children's gazes for longer than humans.

QTrobot holds the children's gazes for longer than humans.

ON THE SPECTRUM. A child with autism spectrum disorder (ASD) might have trouble communicating verbally, paying attention to others, or controlling their stress and anxiety. These difficulties can affect the child’s social life and their success in school.

Now, a team of researchers from robotics startup LuxAI have created QTrobot, a bot designed to help children with autism learn valuable social skills. They plan to present the results of a QTrobot study at RO-MAN 2018, a symposium on robot and human interactive communication, on August 28.

"CUTIE." QTrobot is just over two feet tall, with a humanoid body and a screen where a person's face would be. Not only can the bot see, hear, and talk, it can also communicate non-verbally, projecting facial expressions onto its screen and gesturing with its body.

For their QTrobot study, the LuxAI researchers enlisted 15 ASD-diagnosed children between the ages of 4 and 14. These children engaged in two interviews, each less than 5 minutes long, one with QTrobot and the other with a human.

HUMAN VS. MACHINE. The researchers set out to answer two questions based on these interviews:

They found that the children looked at the robot for longer overall and imitated it just as much as they did the human. The children also engaged in fewer repetitive or stereotyped behaviors when they were interacting with the bot.

JUST A NOVELTY? The researchers note in their paper that the results suggest that QTrobot could be useful in helping children with ASD develop social skills. However, there's also a chance that the short duration of the interviews had an impact on the results — the children might have lost interest in the bot over a longer period of time.

And the researchers aren't sure yet whether using the QT bot would be as beneficial to children with ASD as proven interventions such as social skills classes and cognitive behavioral therapy. They suggest the need for longer-term studies to really determine QTrobot's potential, but for now, it looks a robot could be an effective way to improve an ASD-diagnosed child's ability to interact with humans.

More on autism: A Revolutionary Sensory Tool Is Transforming the Lives of Children With Autism