New Soft Robotic Skin Automatically Heals Itself, Even If You Shoot It Full Of Holes

Droplets of metallic liquid can form new circuits on the fly. 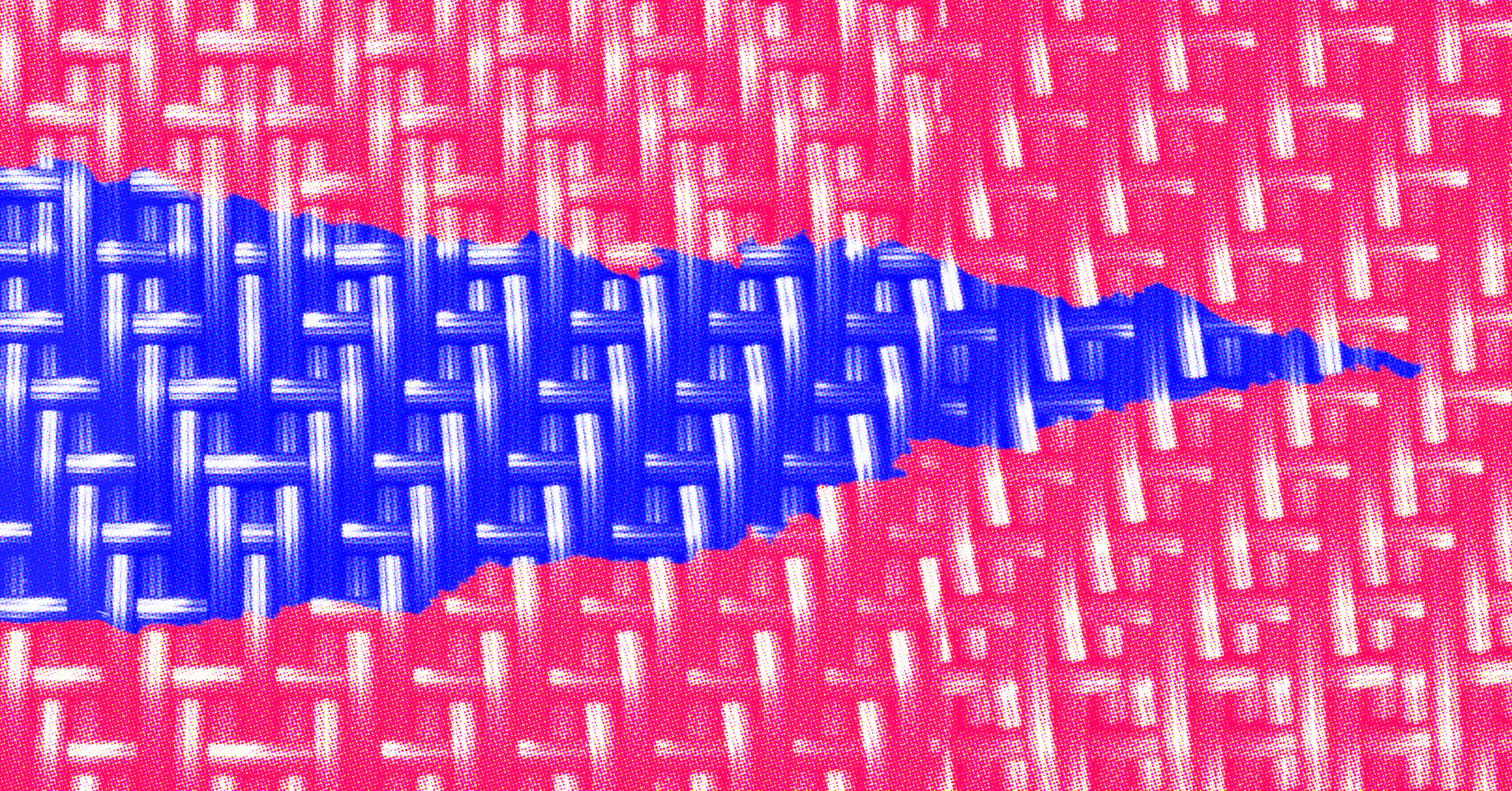 If there’s one thing that scientists absolutely should be working on, it’s a self-regenerating robo-Deadpool or the eerily-fluid T-1000 Terminator. Thankfully, a team of scientists just took an important first step towards building a robot that can keep on truckin’ even with a couple of bullet holes improve its ventilation.

Okay, so maybe they weren’t working on killer robots and (probably) didn’t subject their research to gunfire, but what they did do is create a soft, flexible electronic material that can automatically repair its circuits when it gets damaged.

The new “skin” is made of droplets of liquid metal housed within a rubber-like material that can bend, fold, and stretch. Calling it “self-repairing” is a bit of a misnomer, as the stretchy material won’t stitch itself together. But when it’s ripped, torn, or cut, the droplets burst open and create new circuits, immediately replacing those that were broken. The current is never broken, so electricity continues to flow even as the material is being damaged.

The team demonstrated this immediate rerouting by continuously powering a clock while cutting away at pieces of the flexible circuitry.

The team of scientists who developed the material imagines that it will help develop better robots that are based on people or other animals, and also improve interactions between people and machines. It could also lead to better wearable technology that won’t break from everyday wear and tear.

“If we want to build machines that are more compatible with the human body and the natural environment, we have to start with new types of materials, Carmel Majidi, an engineer at Carnegie Mellon University who worked on the research, said in a press release.

Many engineers believe that soft electronics will help revolutionize the way robots function, and also how they’re perceived in society. Flexible and durable machinery could help bring robots from the awkward, jerky movements typical of hard, inflexible bots to something more like the humanoid, smooth NS-5 androids from iRobot – at least in terms of appearance and motor control.

Read This Next
Diner Drama
People Furious at Robot Serving Pancakes at Denny's
Killer Robot Update
Uh Oh, They Strapped a Sniper Rifle to a Robot Dog
Bleep Bloop
Scientists Build "First Living Robots" From Frog Stem Cells
Brands We Love
This LEGO Robot Is the Fun Way to Teach Your Kids About Coding and STEM
Robot Violence
YouTube Accidentally Removed Robot Battle Videos for "Animal Cruelty"
More on Robots & Machines
Robot Arm News
3:13 PM on the byte
European Space Agency Shows Off Concept for Martian Sample Picker-Upper
From the Dept. of...
12:00 AM on futurism
The Best Desk Lamps of 2023
Robot Ridicule
Yesterday on the byte
Hilarious Video Shows Boston Dynamics Robot Failing Horribly
READ MORE STORIES ABOUT / Robots & Machines
Keep up.
Subscribe to our daily newsletter to keep in touch with the subjects shaping our future.
+Social+Newsletter
TopicsAbout UsContact Us
Copyright ©, Camden Media Inc All Rights Reserved. See our User Agreement, Privacy Policy and Data Use Policy. The material on this site may not be reproduced, distributed, transmitted, cached or otherwise used, except with prior written permission of Futurism. Articles may contain affiliate links which enable us to share in the revenue of any purchases made.
Fonts by Typekit and Monotype.