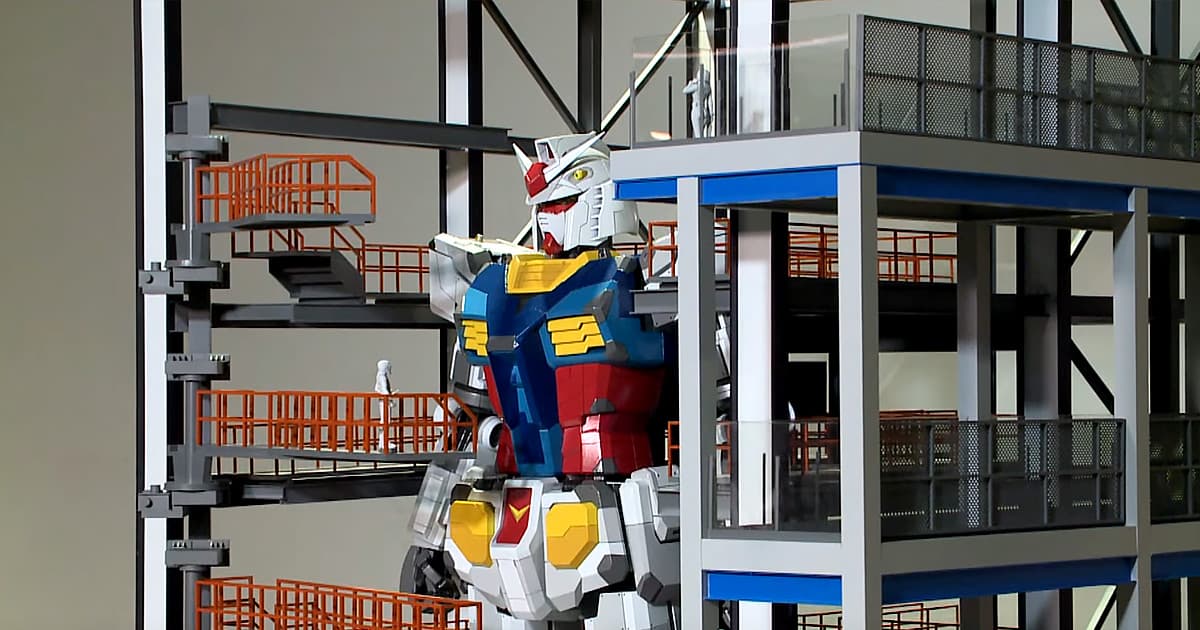 Japan is building a massive humanoid robot modeled after those in the "Gundam" sci-fi franchise.

The robot will be a replica of RX-78-2 Gundam, the samurai-inspired mecha introduced in the original animated series in 1979. It'll be 18 meters (59 feet) tall and weigh a staggering 25 tons.

But size isn't the bot's most impressive characteristic — it's the fact that it'll be capable of walking.

Plans for this massive robot kicked off in 2014 with the launch of the Gundam Global Challenge project. The team behind the robot shared details on it during a recent press conference, as well as unveiled a one-thirtieth scale model of the robot.

Ultimately, the full-size robot will have 24 degrees of freedom, hands with fully articulated fingers and thumbs, and the ability to walk — though we don't know how far or for how long.

The bot's creators invite visitors to stop by the Gundam Factory Yokohama Special Experience at Japan's Yamashita Pier during weekends in July and August. That'll consist of a dock for the robot as well as shops, a robotics lab, a café, and a space for events.

The massive Gundam robot itself, however, won't be on display until October 2020 — and if you want to see it in person, you'll need to do so before the program ends in October 2021.

More on giant robots: Pacific Rim’s Robots Are Less Advanced Than Some of Today’s Real Robots