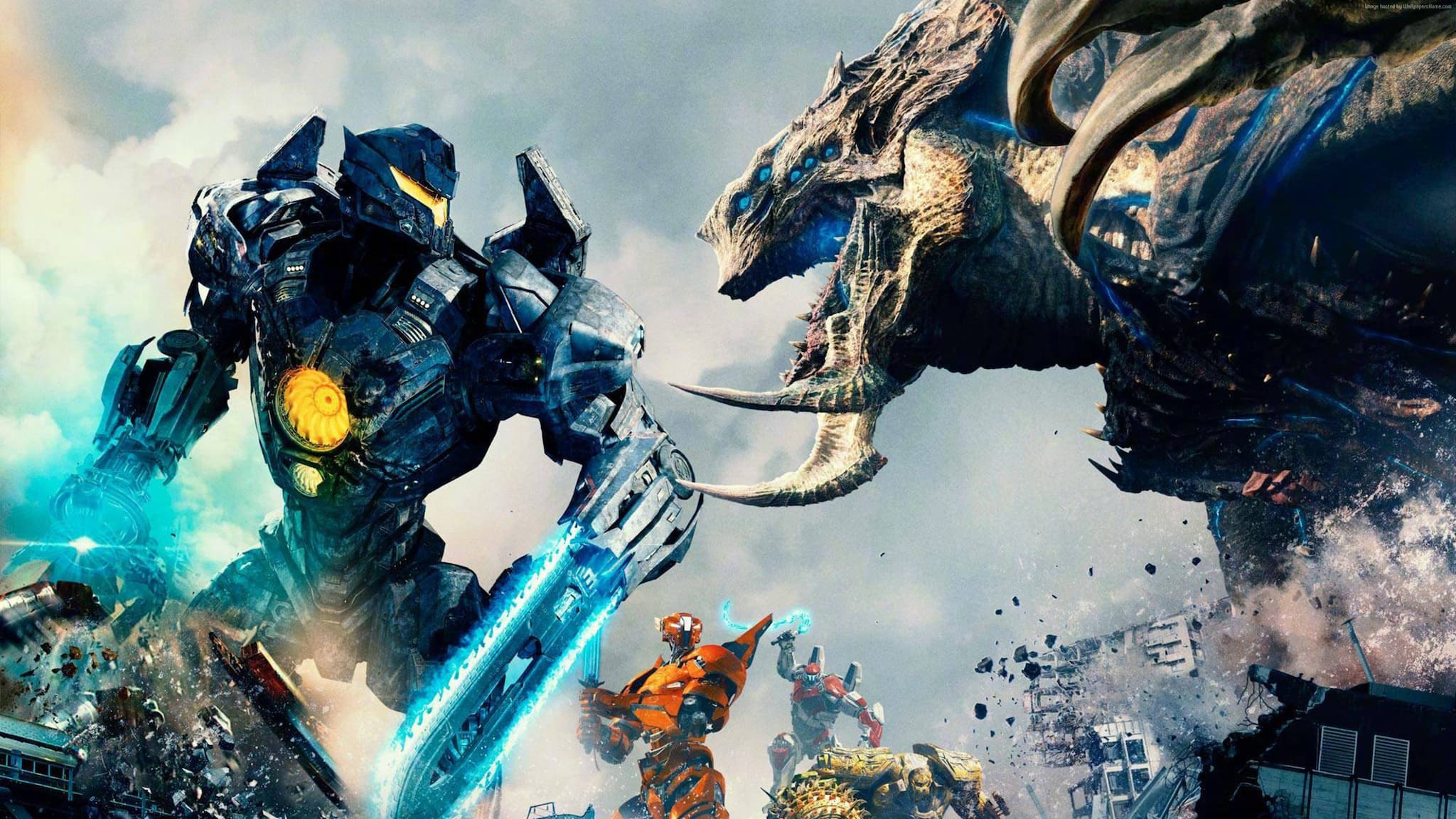 Giant robots duke it out in the middle of major cities. Humans inside robotic exoskeletons control them just by thinking about it. The robots hack each other with massive saws or fling stacks of cars at one another.

Yes, Pacific Rim: Uprising is the most popular movie in the U.S. right now. In it, humans must pilot enormous robots, called Jaegers, to ward off other, evil enormous robots.

The bots themselves seem pretty high-tech. But there's an element that may not be as apparent: our real-life technology is actually much more advanced.

That's according to Robin Murphy, a professor of computer science and engineering at Texas A&M University, in an article published today in the journal Science Robotics.

If robots like the Jaegers seem like a staple of sci-fi everywhere, that's because they pretty much are, Murphy writes. In the 1960s and 70s, the U.S. military, in partnership with GE, made the first real-life exoskeleton, and dozens more have come out in years since.

Through it all, engineers have learned a few things — things that have fallen by the wayside in Pacific Rim. Here's a brief breakdown of what Murphy saw to be lacking in the Jaegers, and what scientists have already learned about how to do it better.

The Jaegers of Pacific Rim clock in at an impressive height of about 76 meters (250 feet). However, controlling such massively complex robots in reality simply "cannot be done," according to Murphy. Today's researchers are far more likely to focus on smaller robotic exosuits, similar in size to those worn by Tony Stark in Iron Man or Tom Cruise in Edge of Tomorrow.

It looks really hard to get a Jaeger to walk or run. That's because, in the movies, the massive bots mirror every step their pilot takes — a process that is much more complicated than it has to be.

"In reality, locomotion is becoming one of the easiest functions to totally delegate to a robot," writes Murphy.

Think about the Boston Dynamics robots. Engineers simply communicate a speed and direction to one, and it handles the process of lifting and lowering each foot.

In Pacific Rim, pilots use Jaegers as weapons against hostile aliens. In reality, we're far more likely to design robotic exoskeletons to allow humans to do everyday tasks more easily and safely. Think the power loader used in the movie Aliens to lift heavy materials. You know, before Ellen Ripley uses it as a weapon against a hostile alien.

In fact, Murphy notes, Hollywood has largely ignored one of the most likely uses for human-powered robots: healthcare. Researchers have used exoskeletons to help people with spinal cord injuries walk again.

Our current technology might not make you say "dude that's awesome!" as much as the stuff in the movies. But as Murphy notes in her article, our current tech actually is awesome.

Read This Next
Hand That Feeds
A Wearable Robot Arm Makes You Work for Thanksgiving Leftovers
Futurism
Exoskeletons are About to Walk Ford's Factory Floors
Futurism
Electronic Skin That Heals Could be the Future of Prosthetics, Robotics
Futurism
Georgia Tech's New Prosthetic Arm Enables Amputees to Control Each Individual Finger
Futurism
Ford Pilots a New Exoskeleton to Lessen Worker Fatigue
More on Enhanced Humans
Brain-Computer Im...
Jan 3 on the byte
Neuralink Cofounder Says New Company's Eye Implant Could Be "Ultimate" VR Tech
Eyes Have It
12. 30. 22 on futurism
Meet the Neuralink Cofounder Who Left and Started a Competitor That's Now Rapidly Catching Up
Butcher Shop
12. 6. 22 on futurism
Neuralink Employees Admit Company Has Killed 1,500 Animals So Far
READ MORE STORIES ABOUT / Enhanced Humans
Keep up.
Subscribe to our daily newsletter to keep in touch with the subjects shaping our future.
+Social+Newsletter
TopicsAbout UsContact Us
Copyright ©, Camden Media Inc All Rights Reserved. See our User Agreement, Privacy Policy and Data Use Policy. The material on this site may not be reproduced, distributed, transmitted, cached or otherwise used, except with prior written permission of Futurism. Articles may contain affiliate links which enable us to share in the revenue of any purchases made.
Fonts by Typekit and Monotype.