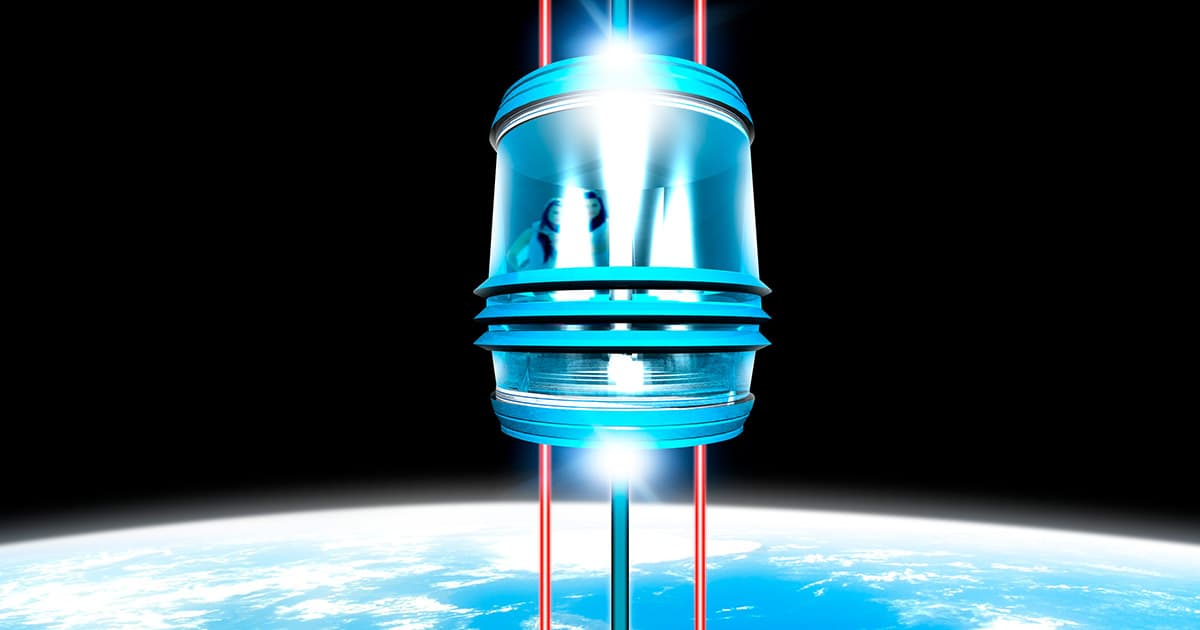 "This is a breakthrough."

"This is a breakthrough."

It takes a lot of energy to put stuff in space. That's why one longtime futurist dream is a "space elevator" — a long cable strung between a geostationary satellite and the Earth that astronauts could use like a dumbwaiter to haul stuff up into orbit.

The problem is that such a system would require an extraordinarily light, strong cable. Now, researchers from Beijing's Tsinghua University say they've developed a carbon nanotube fiber so sturdy and lightweight that it could be used to build an actual space elevator.

The researchers published their paper in May, but it's now garnering the attention of their peers. Some believe the Tsinghua team's material really could lead to the creation of an elevator that would make it cheaper to move astronauts and materials into space.

There are still countless galling technical problems that need to be overcome before a space elevator would start to look plausible. Wang pointed out that it'd require tens of thousands of kilometers of the new material, for instance, as well as a shield to protect it from space debris.

But the research brings us one step closer to what could be a true game changer: a vastly less expensive way to move people and spacecraft out of Earth's gravity.

Going Up, Going Down
Professor Says We Could Already Build a Floating Space Elevator
4. 2. 21
Read More
Going Up?
These Researchers Want to Run a Cable From the Earth to the Moon
8. 27. 19
Read More
Space Elevators: From Science Fiction to Reality
11. 3. 16
Read More
+Social+Newsletter
TopicsAbout UsContact Us
Copyright ©, Camden Media Inc All Rights Reserved. See our User Agreement, Privacy Policy and Data Use Policy. The material on this site may not be reproduced, distributed, transmitted, cached or otherwise used, except with prior written permission of Futurism. Articles may contain affiliate links which enable us to share in the revenue of any purchases made.
Fonts by Typekit and Monotype.