Professor Says We Could Already Build a Floating Space Elevator

The tech is already here, he says. 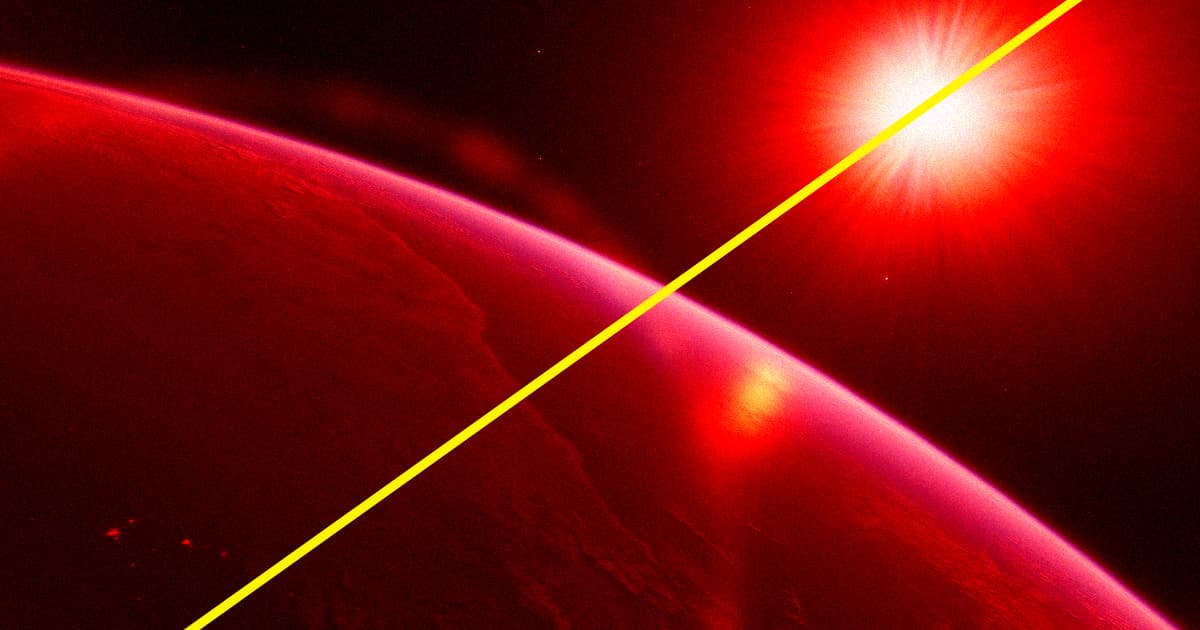 The concept of a space elevator, a consistently popular topic in works of science fiction, has been around since at least the late 19th century.

The basic idea is to allow us to reach space by using a cable that's tethered to the Earth on one end and to a counterweight, orbiting the Earth, on the other.

But rather than having one end cemented in the Earth, scientists are now arguing that a more recently developed iteration of the space elevator design could be built much sooner. The design involves having both ends of the tether float entirely in space, making transportation of payloads from one orbit to the other much easier.

And, as George Zhu, professor of mechanical engineering at York University, tells The Academic Times, the concept isn't nearly as far fetched as we might think.

"Technical-wise, it's kind of ready," Zhu told the outlet. "It just has small engineering [adjustments], and there's no fundamental difficulty to do that."

In his paper, published in the journal Acta Astronautica last month,  Zhu argues that a "partial space elevator" that sends payloads from a lower to a higher Earth orbit is already mechanically feasible today.

In short, the idea is to send payloads to the lower reaches of space via rockets, attach them to the lower end of the tether, and have them be zipped up to the further reaches of Earth's orbit via the elevator.

Such an elevator could use two, instead of one, cable tethers to keep the elevator stable.

That's mainly to stop the Earth's rotational force, the Coriolis effect, moving the cable back and forth, a phenomenon referred to by Zhu as "libration."

Since "both ends are floating in space," according to Zhu, "the tension within the tether is limited. Current material can support that tension."

As a result of the significant fuel savings involved in only sending a rocket to the lower reaches of space, today's rockets could send up to ten times more payload by weight into space, according to the researcher.

There are several downsides to the approach, however. Zhu did admit to The Academic Times that a kilometers-long tether would make it very difficult for existing objects in Earth's orbit to avoid debris.

For instance, the International Space Station routinely has to fire its thrusters to avoid oncoming bits of space junk. If it were tied to an extremely long tether, as Zhang suggests, such maneuvers would be near impossible.

While such a space elevator doesn't quite solve the issue of having to spend massive amounts of fuel to get off the ground and escape the Earth's powerful gravitational pull, it could still cut the required journey short significantly, saving plenty of fuel in the process — an intriguing possibility.

More on space elevators: These Researchers Want to Run a Cable From the Earth to the Moon

Read This Next
Going Up?
These Researchers Want to Run a Cable From the Earth to the Moon
Futurism
Space Elevators: From Science Fiction to Reality
Futurism
New Study Says Space Elevators Will Be Feasible by 2030
Futurism
Researchers Discover Ultra-thin Diamond Nanothreads That Could Support Space Elevator
More on Off World
No More Hops, Mor...
Yesterday on the byte
Suggestion: NASA Should Make Its Mars Helicopter Do Some Gnarly Tricks From "Tony Hawk"
Exoplanet Dance
Tuesday on the byte
Scientist Releases Amazing Video of Exoplanets Orbiting Distant Star
Space Junk News
Tuesday on the byte
Two Large Chunks of Space Debris Just Almost Collided in an Epic Disaster
READ MORE STORIES ABOUT / Off World
Keep up.
Subscribe to our daily newsletter to keep in touch with the subjects shaping our future.
+Social+Newsletter
TopicsAbout UsContact Us
Copyright ©, Camden Media Inc All Rights Reserved. See our User Agreement, Privacy Policy and Data Use Policy. The material on this site may not be reproduced, distributed, transmitted, cached or otherwise used, except with prior written permission of Futurism. Articles may contain affiliate links which enable us to share in the revenue of any purchases made.
Fonts by Typekit and Monotype.