These massive elevators could provide an alternative to wasteful chemical rockets. 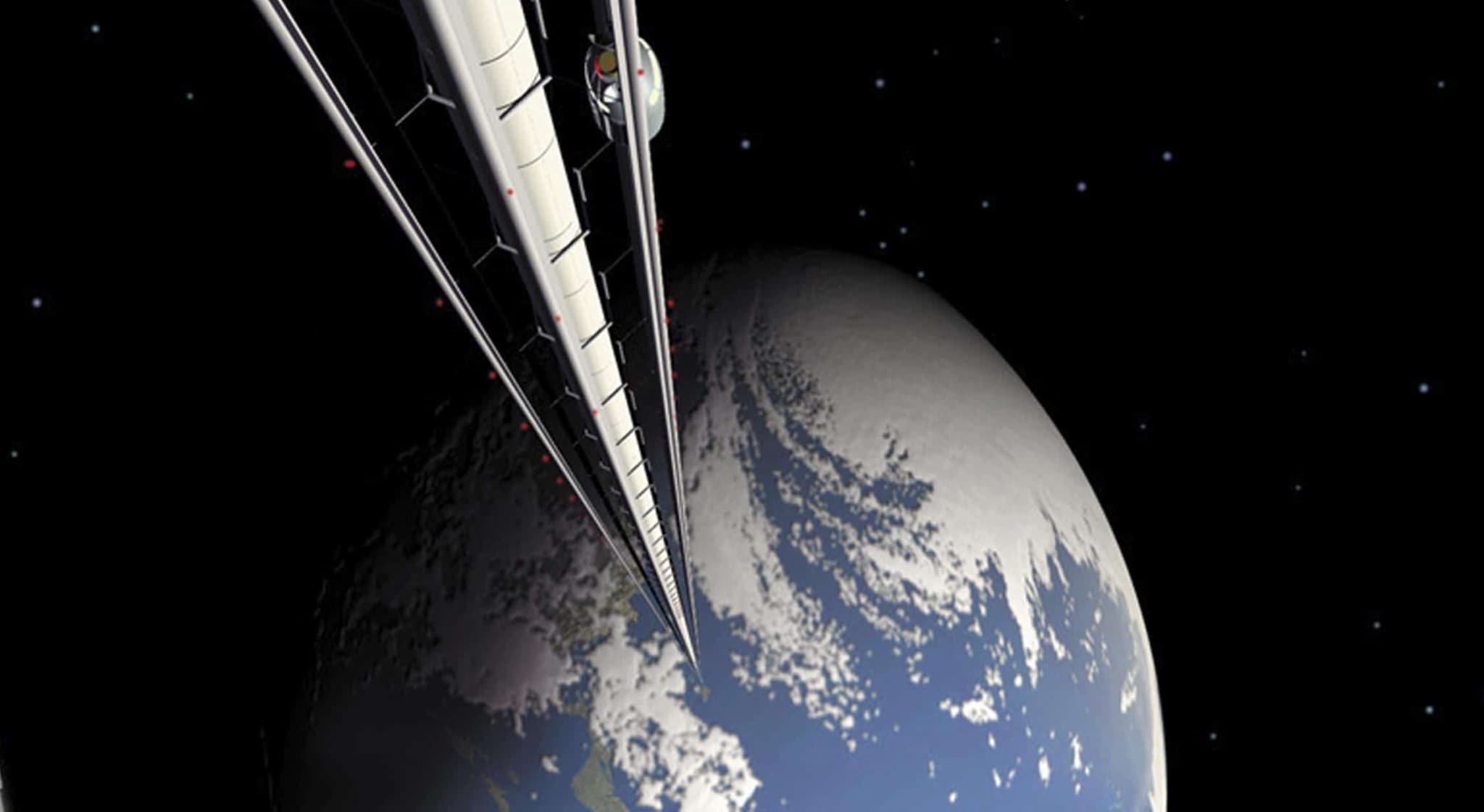 Organizations like NASA and SpaceX have pledged to send humans to Mars in the near future, and each has its own unique technology in development to enable such a journey. One thing they all seem to have in common, however, is the proposed method of transportation.

Right now, the only way to reach space is via a large chemical rocket, the same way we have been since the 1960s. But what if there were a way to get there that was more fuel efficient and less costly?

Space elevator concepts generally consist of the same basic parts. A platform firmly planted on Earth would be the base, and elevator cars would travel up and down a long tether. The tether would end at a counter weight 99,779 kilometers (62,000 miles) above the Earth.

So what's preventing the construction of these elevators? As of now, we don't have material strong enough to serve as the tether. Some studies have said carbon nanotubes aren't strong enough, and current hopes are pinned on diamond nanothreads. Estimates suggest that the material needed for a tether will be developed by 2030.

Construction could also be derailed if an alternative technology is developed that makes space elevators unnecessary. SpaceX and other companies are trying to create reusable rockets, which are also expected to lower costs. If they are successful, the space elevator may be permanently relegated to its current place in sci-fi.

Read This Next
Rolling Coal
Space Travel Will Absolutely Gut the Environment, Scientists Warn
Overloaded
Whiny Space Tourists Say They Were Too Busy on the Space Station
Going Up, Going Down
Professor Says We Could Already Build a Floating Space Elevator
Going Up?
These Researchers Want to Run a Cable From the Earth to the Moon
Brands We Love
‘Spaceteam’ Turns the Horrors of Deep Space Travel Into a Fun Card Game
More on Off World
Grrrrrrrr
Yesterday on the byte
Internet Erupts as NASA Spots Cartoon Bear on Surface of Mars
Gl1tc4
Yesterday on the byte
NASA Says Another James Webb Instrument Has Suffered a Glitch
comet Spotting
Yesterday on the byte
Behold! Dazzling Green Comet Approaches
READ MORE STORIES ABOUT / Off World
Keep up.
Subscribe to our daily newsletter to keep in touch with the subjects shaping our future.
+Social+Newsletter
TopicsAbout UsContact Us
Copyright ©, Camden Media Inc All Rights Reserved. See our User Agreement, Privacy Policy and Data Use Policy. The material on this site may not be reproduced, distributed, transmitted, cached or otherwise used, except with prior written permission of Futurism. Articles may contain affiliate links which enable us to share in the revenue of any purchases made.
Fonts by Typekit and Monotype.