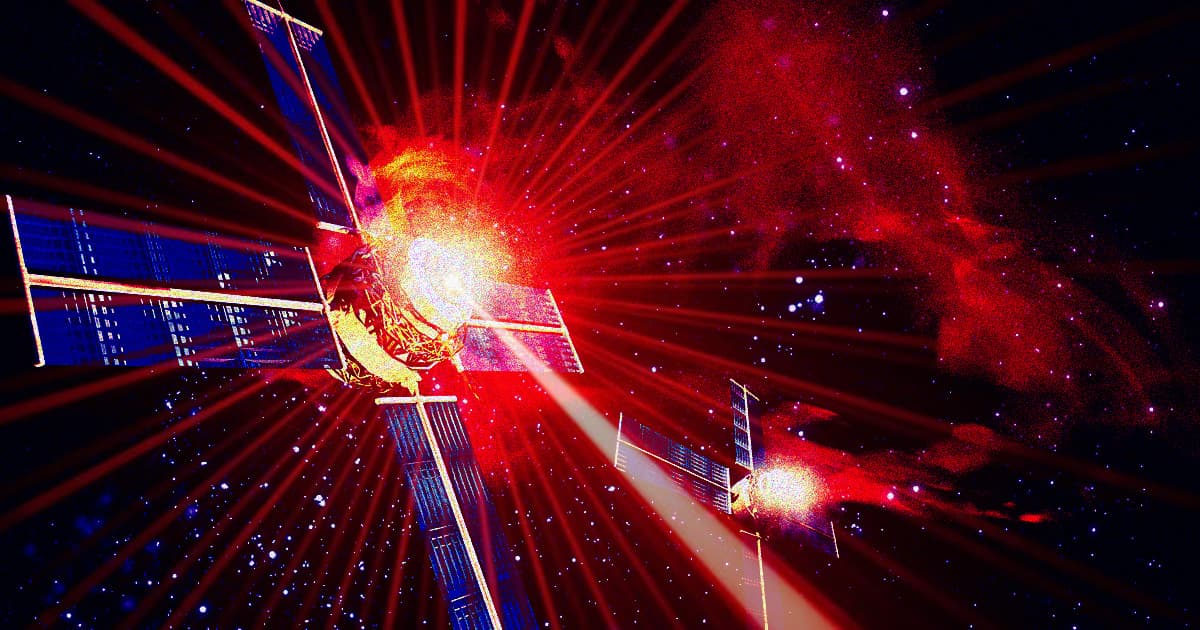 "They've got missiles they can launch from the ground and destroy satellites."

"They've got missiles they can launch from the ground and destroy satellites."

US Space Force chief John Raymond, told Japanese newspaper Nikkei in an interview that he's worried about China's anti-satellite technologies posing a threat to the US military's presence in space.

Raymond told the newspaper that China is building "everything from reversible jammers of our GPS system — which provides navigation and timing with precision— to jamming of communications satellites."

"They've got missiles they can launch from the ground and destroy satellites," he added. "I’m convinced that these capabilities that they’re developing would be utilized by them in their efforts in any potential conflict."

Both China and Russia, arguably the United States' greatest adversaries in space, are actively working on anti-satellite technologies. And that has military leaders worried — communications and GPS satellites are key to the military's operations. With any of them taken out or jammed, any country would face a steep tactical disadvantage.

Relations between the US and China grew sour over Donald Trump's presidency. The Space Force, the youngest arm of the US military, was formed under his leadership in large part to gain dominance in space, further incentivizing all world powers to militarize orbit.

The nascent military arm's many critics, however, have argued that the Space Force suffers from unnecessary bureaucratic bloat with a less-than-clear mandate.

Adversary nations, of course, aren't the only threat to satellites. The growing problem of space debris cluttering up the Earth's orbit has become a real issue. Taking out a satellite could make matters even worse, thanks to knock-on effects.

In fact, recent reports suggest that a Chinese military satellite may have gotten smashed by a disintegrating Russian rocket earlier this year.

It's a worrying arms race between three of the world's greatest superpowers. Each nation is getting ready to defend its assets were it to ever come to a clash in space. But given the costs involved — and the sheer amount of political fallout — it's unlikely we'll see a satellite being smashed to bits any time soon.

Monkey Business
China Plans to Send Monkeys to Space Station to Have Sex With Each Other
Nov 3
Read More
Sanctions Chess
Russia Says It'll Buy Space Parts From China, But China Says Uhhh Not So Fast
Mar 1
Read More
Rain Check
Military Satellite Launch Delayed After Fuel Leak
12. 6. 21
Read More
+Social+Newsletter
TopicsAbout UsContact Us
Copyright ©, Camden Media Inc All Rights Reserved. See our User Agreement, Privacy Policy and Data Use Policy. The material on this site may not be reproduced, distributed, transmitted, cached or otherwise used, except with prior written permission of Futurism. Articles may contain affiliate links which enable us to share in the revenue of any purchases made.
Fonts by Typekit and Monotype.