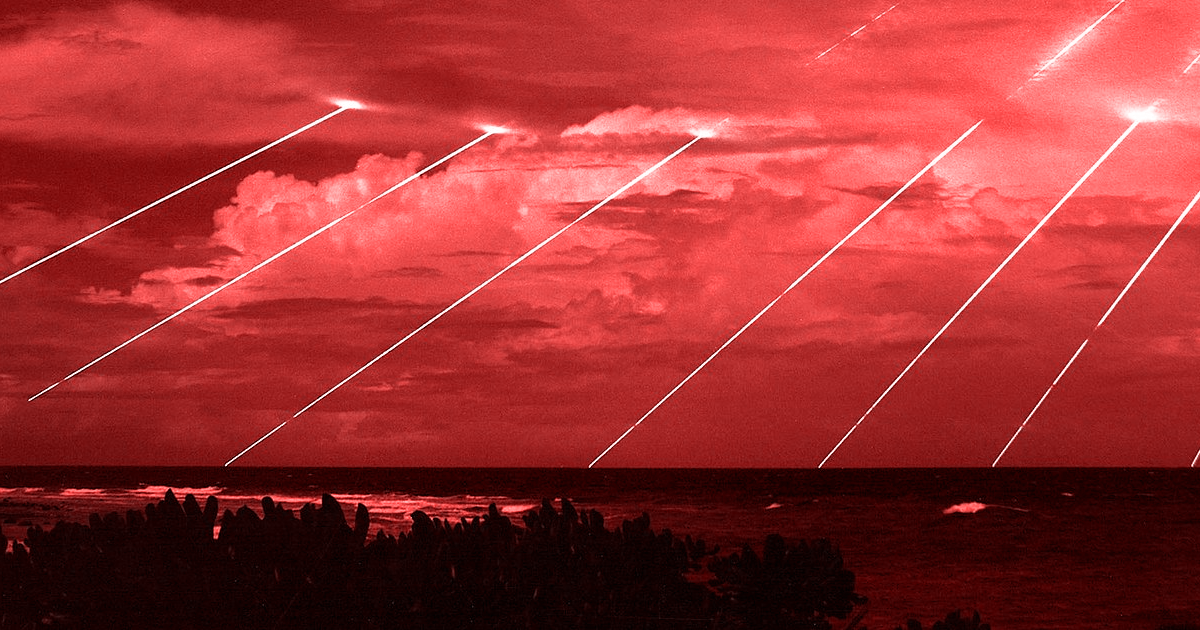 The US Military Says China Is Developing Anti-Satellite Weapons

Rear Admiral Michael Studeman issued the warning during a webinar for an intelligence-security trade group last week, according to Bloomberg. He said that China is creating weapons with abilities that range from "dazzling to jamming, to kinetic kill-from-the-ground, from space — all that, they’re on the march."

"They take a look at our space capability and want to equal and exceed those and be able to dominate to guarantee themselves the maneuvering they need to be able to secure their objectives if they’re in a fight," Studeman said in a statement during the webinar that was attained by Bloomberg.

This is just the latest warning from a US military official regarding China’s development of counterspace weapons to target US satellites.

In April, the US Director of National Intelligence released a report that claimed the Tiangong space station posed a low-orbit security threat to the US saying the station is intended to “gain the military, economic, and prestige benefits that Washington has accrued from space leadership.”

"[The People’s Liberation Army] will continue to integrate space services — such as satellite reconnaissance and positioning, navigation, and timing (PNT) — and satellite communications into its weapons and command-and-control systems to erode the US military’s information advantage," the report said.

Not to be outdone, the US military is already hard at work developing counterspace tech to deal with adversarial spacecraft. For example, one counterspace weapon known as the Meadowlands system is designed to temporarily jam belligerent satellites, according to Bloomberg.

The Trump administration also created the US Space Force service branch of the armed forces, which is already developing an arsenal of ground-based weapons to fight satellites.

More on space wars: US Intel Chief: Chinese Space Station Is a Threat to National Security

Monkey Business
China Plans to Send Monkeys to Space Station to Have Sex With Each Other
Nov 3
Read More
Sabers Rattled
Russia Issues Veiled Threat to Shoot Down Pesky SpaceX Satellites
Sep 16
Read More
Sanctions Chess
Russia Says It'll Buy Space Parts From China, But China Says Uhhh Not So Fast
Mar 1
Read More
+Social+Newsletter
TopicsAbout UsContact Us
Copyright ©, Camden Media Inc All Rights Reserved. See our User Agreement, Privacy Policy and Data Use Policy. The material on this site may not be reproduced, distributed, transmitted, cached or otherwise used, except with prior written permission of Futurism. Articles may contain affiliate links which enable us to share in the revenue of any purchases made.
Fonts by Typekit and Monotype.