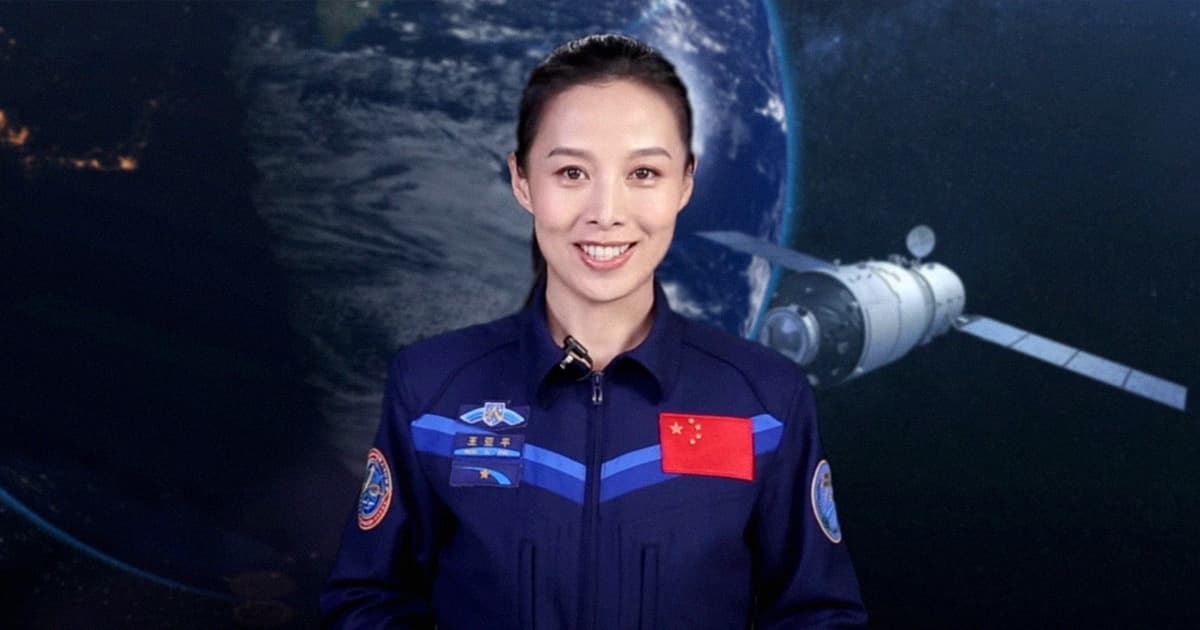 China has unveiled the crew for its Shenzou 13 mission to the country's brand new Tiangong space station, including the first female astronaut to venture to the outpost, the South China Morning Post reports.

Wang Yaping will spend six months on board the space station — the country's longest crewed mission to date — alongside astronauts Zhai Zhigang and Ye Guangfu. She could also become the first female Chinese astronaut to complete a spacewalk.

"After eight years of relentless effort, I am going back to space again," Wang told reporters on Thursday, as quoted by SCMP. "Students, let me know what you want to learn this time. I will prepare a great lecture for you in orbit."

Yaping became China's second female astronaut to go to space during her stay on board the Shenzhou 10 spacecraft. The small capsule orbited the Earth in 2013 and docked with the Tiangong-1, an early prototype space station.

The country's first female astronaut was Liu Yang, who traveled to space as part of the Shenzhou 9 mission in 2012, eight and a half years after China's first-ever crewed mission.

Zhai trained with the European Space Agency and is fluent in English. That makes him an important part of the country's efforts to host other countries on the Tiangong space station, SCMP reports.

The crew will be tasked with working on other modules of the space station and carrying out scientific experiments.

China has big plans to finish the construction of its Tiangong space station. Next year, the country's space agency is planning to complete six missions, including two crewed missions and the addition of two new modules housing laboratories.

The team will also have a reason to celebrate. The astronauts on the upcoming mission will be the first Chinese astronauts to celebrate Lunar New Year in space, according to SCMP.

More on China's space program: The Bunks in the Chinese Space Station Are Absolutely Enormous