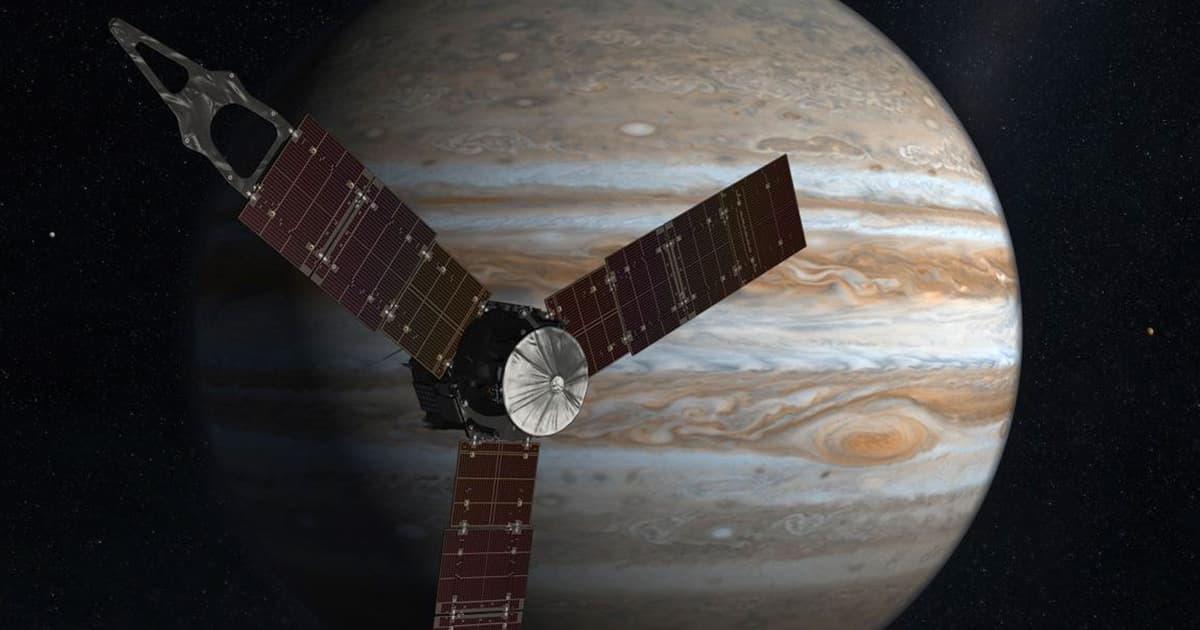 NASA Reportedly Detects Signal Coming From One of Jupiter's Moons

NASA's Juno space probe has made an exciting discovery in Jupiter's orbit, according to a NASA ambassador: the small spacecraft reportedly detected an FM radio signal coming from the Jupiter's largest moon, Ganymede.

It's almost certainly a natural signal, the ambassador said.

The intriguing blurb remains shrouded in mystery. No other outlet appears to have confirmed Wiggins' remarks, and there doesn't appear to be any scientific paper or press release that corresponds with Wiggins' claims. Futurism has reached out to Wiggins and NASA for more details on the claim, and we'll update the story if we hear back.

The signal was likely caused by electrons oscillating at a lower rate than their spin, amplifying radio waves considerably, according to KTVX's reporting. The process, known as cyclotron maser instability (CMI), is also behind the auroras on Jupiter that by Juno observed in 2017.

In other words, the discovery didn't come as a shock, especially considering they were picked up near Jupiter's polar regions, where magnetic field lines connect to Ganymede.

We've known about this "decametric radio emission" emanating from Jupiter since the 1960s. On Earth, these signals roughly coincide with the Wi-Fi signals we use to surf the web, as ABC4 points out.