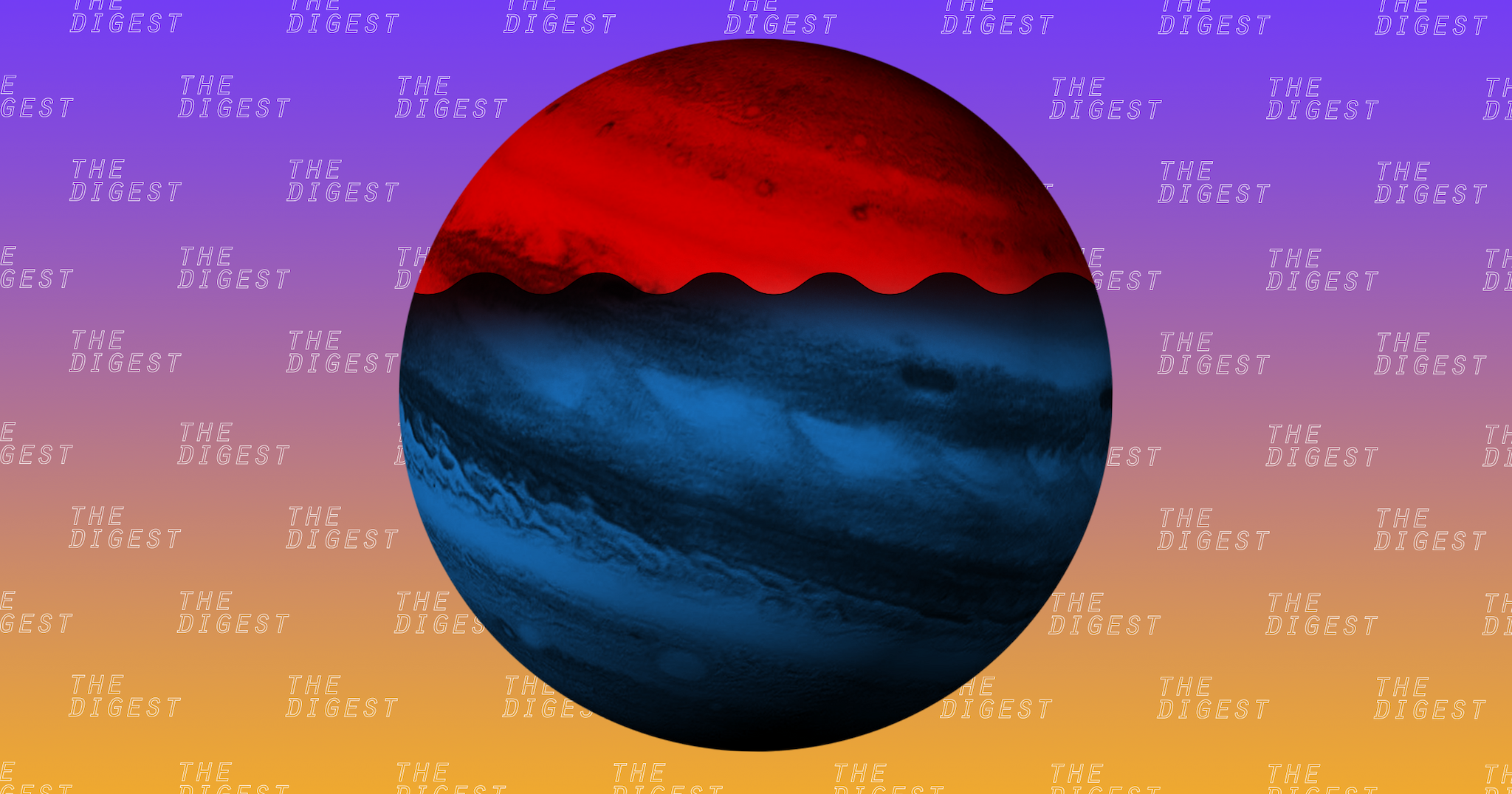 Turns out Jupiter might be a strong contender for hosting life elsewhere in our solar system.

Turns out Jupiter might be a strong contender for hosting life elsewhere in our solar system.

EVER-INCREASING "GREATNESS." Jupiter's Great Red Spot used to be "great" — the hurricane-like storm swirling above the planet's surface is twice as wide as the Earth and has been going strong for 150 years.

Now, it's great for another reason: According to a team of researchers from NASA and several U.S. universities, the Great Red Spot contains the first evidence of water on Jupiter.

The team published its research in The Astronomical Journal on August 17.

TWO TELESCOPES. ONE CONCLUSION. Two instruments located on Mauna Kea, a dormant volcano in Hawaii, made possible the team's discovery of water in Jupiter's atmosphere.

The first, iSHELL on the NASA Infrared Telescope Facility, detects gases across the color spectrum; the second, the Near Infrared Spectrograph (NIRSpec) on the Keck 2 telescope, is the planet's most sensitive infrared telescope.

Using radiation data collected by these two instruments, the researchers determined that the Great Red Spot has three distinct cloud layers, and that the layer highest above the cloud tops is likely composed of frozen water.

"By formulating and analyzing data obtained using ground-based telescopes, our team has detected the chemical signatures of water deep beneath the surface of Jupiter's Great Red Spot," said researcher Máté Ádámkovics in a press release.

All told, the researchers think Jupiter could actually host much more water than we have here on Earth.

LOOKING AHEAD. There's a lot that this discovery of water in Jupiter's Great Red Spot could tell us.

For one, it could help us understand how our solar system formed and why Jupiter's atmosphere is so darn turbulent. If NASA's Juno spacecraft, which is currently orbiting Jupiter and looking for signs of water, confirms the results of this study, we could then use the same technique to estimate the total amount of water on Jupiter and our solar system's other gas planets: Saturn, Uranus, and Neptune.

And, of course, there's always the hunt for extraterrestrial life to consider.

"[W]here there’s the potential for liquid water, the possibility of life cannot be completely ruled out," said Ádámkovics. "So, though it appears very unlikely, life on Jupiter is not beyond the range of our imaginations.”