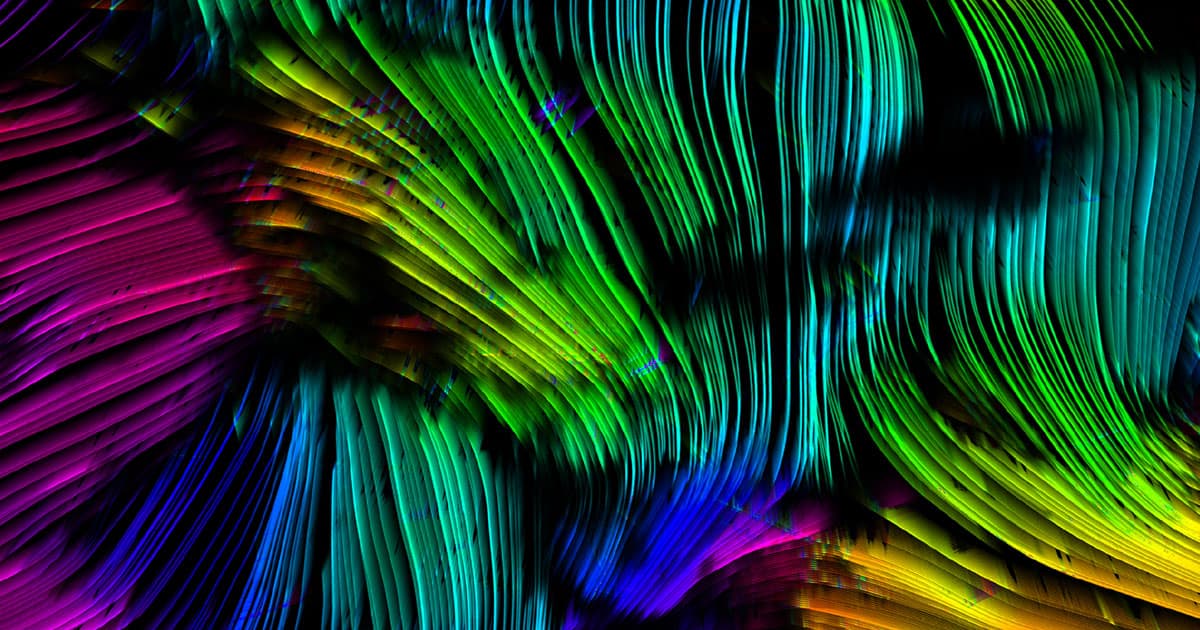 Electron microscopes are great at producing high-resolution images of a material's atomic structure — if the material is hard, that is. Unfortunately, the devices' electron beams can destroy softer materials, so scientists typically rely on X-rays, which can't reach atomic resolution, to image those.

But scientists at the Department of Energy’s Lawrence Berkeley National Laboratory have published a pair of studies in the journals Nature Communications and Nature Materials showing how a technique called 4D-STEM allowed them to use electron microscopy to image soft materials without destroying them.

And the images resulting from their research are downright gorgeous.

According to a newly published press release, the Nature Communications study focused on the use of 4D-STEM to image bulk metallic glass, which has an unpredictable molecular structure. This allowed the researchers to identify atomic-scale weak points in the material that could ultimately cause it to fracture under stress.

For the Nature Materials study, meanwhile, the researchers used the 4D-STEM technique to image the molecular ordering in a semiconductor before and after the introduction of a processing additive — research that, according to the press release, could impact the field of solar energy.

"[I]n these studies, we’ve shown that when 4D-STEM is deployed with our high-speed detectors, customizable algorithms, and powerful electron microscopes, the technique can help scientists map out atomic or molecular regions in any material — even beam-sensitive, soft materials — that weren’t possible to see with previous techniques," lead researcher Andrew Minor said in the press release.

A Film Made of Graphene Makes Filtering Dirty Water Easier Than Ever
2. 22. 18
Read More
Uranium Breakthrough May Pave the Way for Entirely New Materials
12. 5. 17
Read More
A New Breakthrough Could Make Organic Electronics Far More Efficient
11. 19. 17
Read More
+Social+Newsletter
TopicsAbout UsContact Us
Copyright ©, Camden Media Inc All Rights Reserved. See our User Agreement, Privacy Policy and Data Use Policy. The material on this site may not be reproduced, distributed, transmitted, cached or otherwise used, except with prior written permission of Futurism. Articles may contain affiliate links which enable us to share in the revenue of any purchases made.
Fonts by Typekit and Monotype.