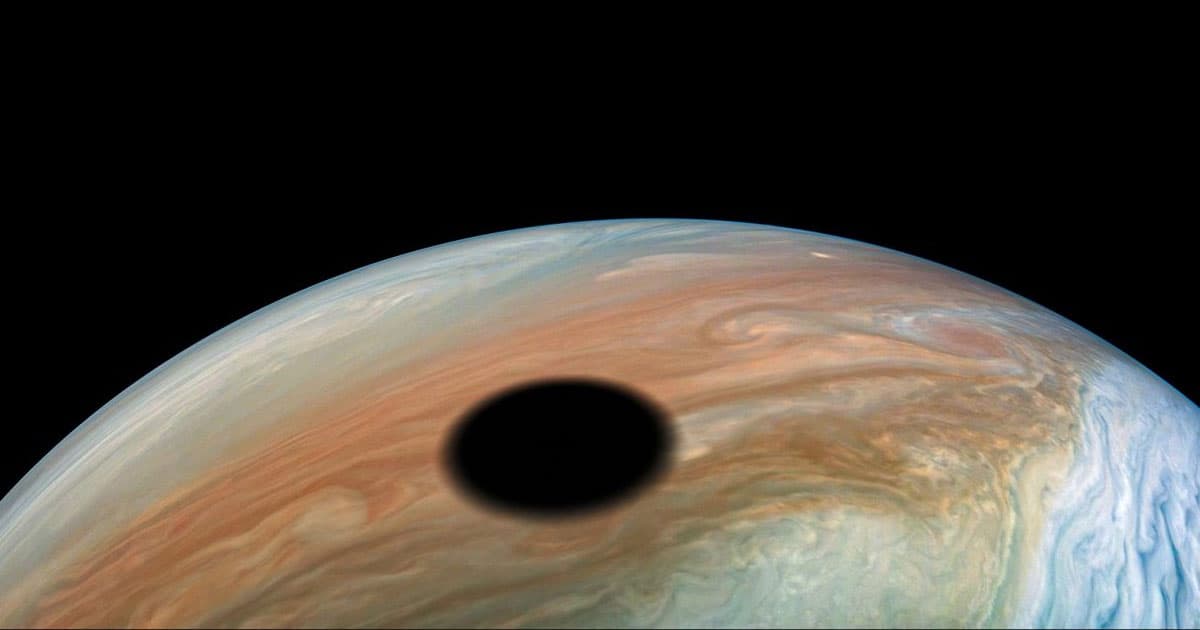 Juno Captures Stunning Images of a Solar Eclipse on Jupiter

On September 12, NASA’s Juno spacecraft performed its twenty-second close flyby of Jupiter, careening down until it was just 8,000 kilometers (4,970 miles) above the gas giant's clouds

From that epic vantage point, Juno then snapped a stunning series of photos of the shadow of Jupiter's moon Io on the planet. In other words, it captured images of a solar eclipse on a planet besides Earth from space.

The images of Jupiter's solar eclipse are breathtaking. It almost looks like someone drilled a hole through to the planet's center, or perhaps spilled a really, really big vat of Vantablack on Jupiter's surface.

But no, the images depict a natural phenomenon that happens regularly here on Earth — but thanks to Juno, we're able to appreciate it in a way never before possible.

More on Jupiter: A Giant Volcano on One of Jupiter’s Moons Is About to Erupt