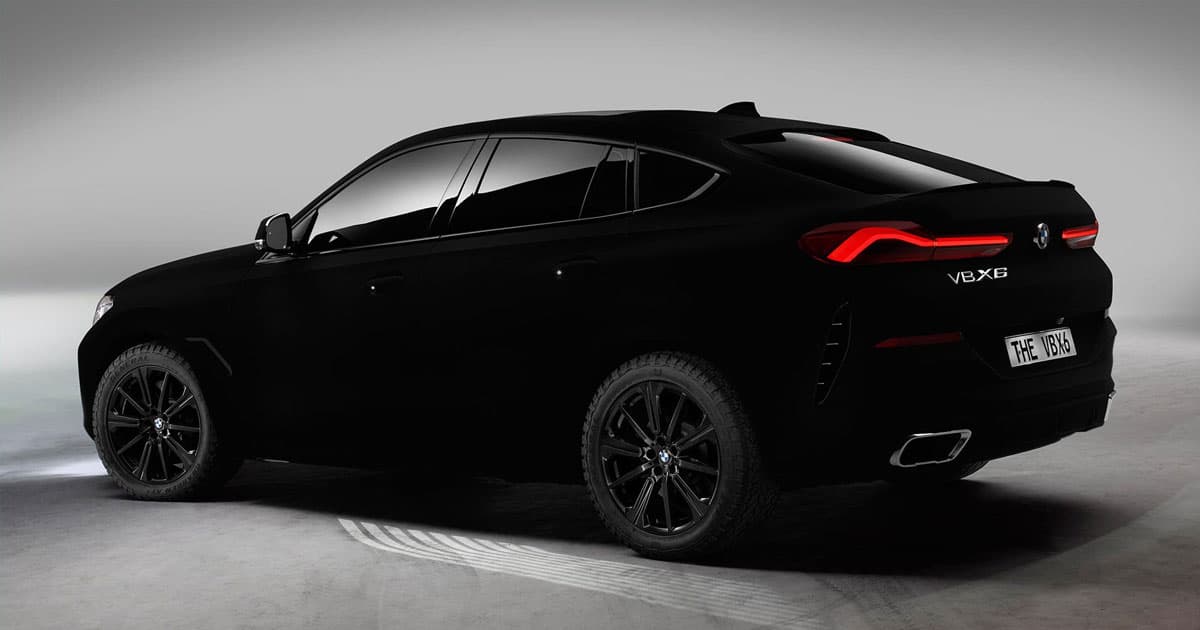 See it — sort of — at the Frankfurt Motor Show.

See it — sort of — at the Frankfurt Motor Show.

Vantablack is a coating so black, anything covered in it appears to disappear, replaced by the blackest of black voids.

Now, the company behind the coating, Surrey NanoSystems, has teamed up with BMW to see what it looks like when you paint a vehicle with Vantablack — and it's about as trippy as you'd expect.

On Wednesday, BMW announced the creation of a BMW X6 coated in Vantablack VBx2, a version of the coating that absorbs 99 percent of light compared to the original Vantablack's 99.965 percent.

"It wouldn’t have worked if we’d put on the original material," Surrey CTO Ben Jensen told New Atlas. "The viewer would have lost all sense of three-dimensionality. VBx2 with its one percent reflectance provides just enough of a hint of shape."

Anyone interested in seeing — sort of — the Vantablack BWM in person will get their shot at the Frankfurt Motor Show in September. However, don't take the car's existence as a sign that you'll soon be able to upgrade your own vehicle with a Vantablack coating.

"[U]nfortunately, the limitations of Vantablack in respect of direct impact or abrasion would make this an impractical proposition for most people," Surrey wrote on its website's FAQ page. "It would also be incredibly expensive."

More on Vantablack: This is the Darkest Material Known to Man

BMW Is Releasing a Wireless Charging Pad in 2018
9. 27. 17
Read More
Apple Car News
Apple Gives Up on Making Its Upcoming Car Fully Autonomous
Yesterday
Read More
Gross
Residents Alarmed When Entire River Turns White
Yesterday
Read More
+Social+Newsletter
TopicsAbout UsContact Us
Copyright ©, Camden Media Inc All Rights Reserved. See our User Agreement, Privacy Policy and Data Use Policy. The material on this site may not be reproduced, distributed, transmitted, cached or otherwise used, except with prior written permission of Futurism. Articles may contain affiliate links which enable us to share in the revenue of any purchases made.
Fonts by Typekit and Monotype.