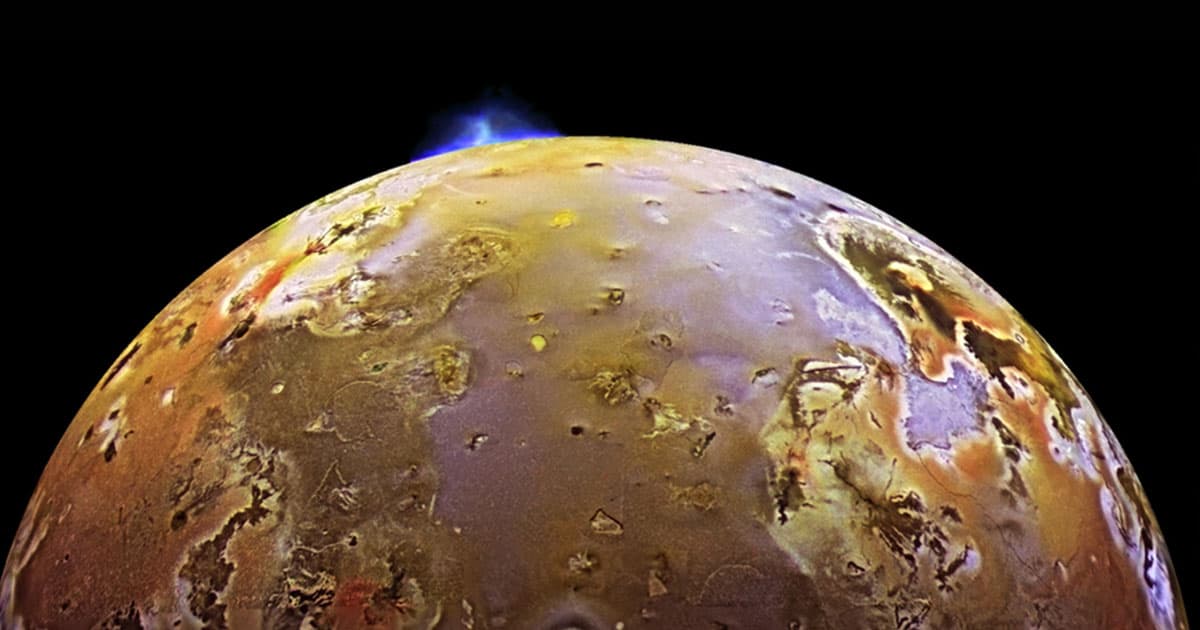 A giant space volcano named Loki is ready to blow.

A giant space volcano named Loki is ready to blow.

Loki, a volcano on Jupiter’s moon Io named after the Norse trickster god, is probably going to erupt within the next few days.

Io is a volatile world, pockmarked by active volcanos, the largest of which is Loki. If new calculations reported by Europlanet Society are correct, it’s due to go off any day now. If the scientists are correct, the findings could bring about a better understanding of the strongest volcano in the solar system.

Scientists have been making sense of Loki’s activity for decades, Space.com reported last month. The new calculations, which Planetary Science Institute Senior Scientist Julie Rathburn presented at a conference on Tuesday, can supposedly track eruptions down to the day.

And with a predicted cycle of 475 days between eruptions, Loki is running down the clock. The last eruption was in May 2018, which ended 474 days ago.

“We think that Loki could be predictable because it is so large,” Rathburn told Europlanet Society. “Because of its size, basic physics are likely to dominate when it erupts, so the small complications that affect smaller volcanoes are likely to not affect Loki as much.”

Loki is characterized by a large lava lake that rhythmically erupts, solidifies, and erupts all over again, according to research from 2006. By watching that cycle for decades, scientists think they have a good grip on its lifecycle.

“However, you have to be careful because Loki is named after a trickster god and the volcano has not been known to behave itself,” Rathburn told Europlanet Society.

READ MORE: Is huge volcano on Jupiter’s moon Io about to erupt this month? [Europlanet Society]

More on Jupiter: Jupiter May Have Absorbed a Smaller Planet