Tesla Sells Off Most of Its Bitcoin, at a Huge Loss 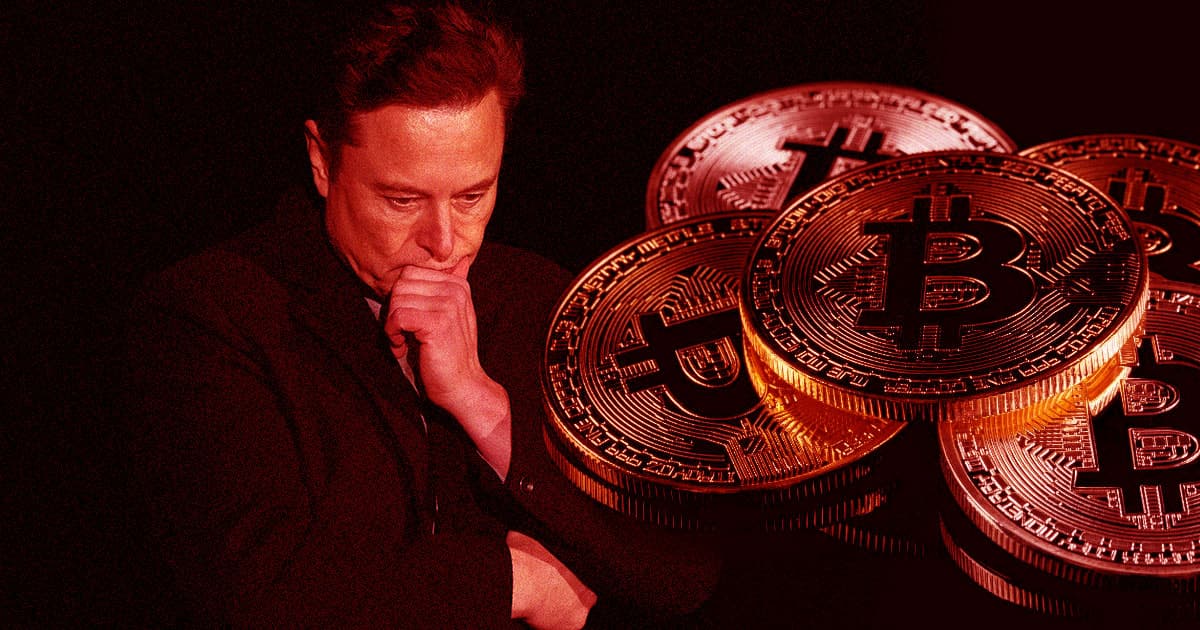 In February of 2021, Tesla announced that it was planning to sell cars using Bitcoin, while also buying up an appreciable $1.5 billion worth of the cryptocurrency.

While the move initially looked balmy, with the investment spiking in value by an impressive $1 billion by October, this year's crypto crash brought the assets crashing down to Earth, with the value of Bitcoin being approximately cut in half since the beginning of the year.

Now, Tesla has reportedly offloaded 75 percent of its remaining Bitcoin holdings, the BBC reports — it had already sold a bunch — in another sign that major players are starting to grow wary of an impending "crypto winter."

According to one analyst's estimates, Tesla may have lost almost half a billion from its Bitcoin investments so far.

Tesla made $936 million in cash revenue from the sale, helping the company limp over the quarterly finish line, though barely meeting Q2 expectations. Investors expected revenue of $16.88 billion this quarter, with Tesla reporting $16.9 billion.

One Bitcoin was worth around $43,000 at the time Tesla made its investment last year. By autumn, the token rose to record highs of nearly $70,000, at least in part due to Tesla CEO Elon Musk's enthusiastic endorsements of crypto.

But then the crash came. At the time of writing, the token is hovering around the $22,600 mark.

The company is already feeling the hurt from other sources, with Musk raging about supply issues and laying off a sizable portion of the company's staff.

Tesla's stock is also down over 30 percent so far this year, in part due to Musk's disastrous bid to buy Twitter.

Musk has had a complicated relationship with cryptocurrencies. One one hand, he's repeatedly confessed his love for joke cryptos like Dogecoin — while also writing off Bitcoin as a "side show." Is he finally breaking up with the OG token for good?

One thing is clear: Tesla's sell off certainly won't help Bitcoin's horrible year so far. In fact, the currency has already slid almost five percent over the last 24 hours alone.

More on Bitcoin: United States Crypto Miners Are Now Using as Much Power as Houston

Read This Next
Moving Money
Crypto.com Accidentally Sent $400 Million to a Competitor
Crypto Inferno
Bitcoin Mining as Bad for Planet as Oil Drilling, Scientists Say
Staking Ether
Oops! Ethereum's Merge May Cause Huge Problems With the SEC
BTC Wars
Guy Claims He Invented Bitcoin But Then "Stomped on the Hard Drive" Containing Proof
Behind Bars
Guy Sentenced to Prison for Changing People's Cash Into Bitcoin
More on Blocknik
Last Gasp
4:18 PM on the byte
Europe's Central Bank Warns That Bitcoin Is on Its "Last Gasp"
A Lesson in Diggi...
2:51 PM on futurism
An Interviewer Asked Sam Bankman-Fried If He'd Been Honest and His Answer Was Bizarre
trolling-999plus
Yesterday on the byte
Another Crypto Exchange Is Laying Off 1,100 Employees
READ MORE STORIES ABOUT / Blocknik
Keep up.
Subscribe to our daily newsletter to keep in touch with the subjects shaping our future.
+Social+Newsletter
TopicsAbout UsContact Us
Copyright ©, Camden Media Inc All Rights Reserved. See our User Agreement, Privacy Policy and Data Use Policy. The material on this site may not be reproduced, distributed, transmitted, cached or otherwise used, except with prior written permission of Futurism. Articles may contain affiliate links which enable us to share in the revenue of any purchases made.
Fonts by Typekit and Monotype.