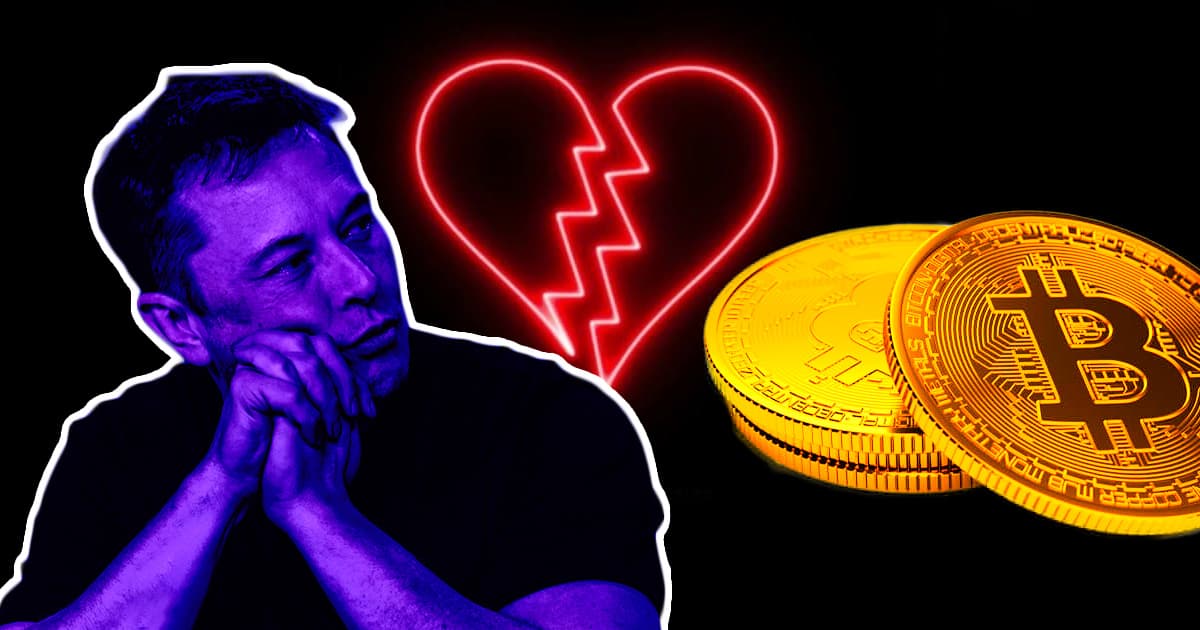 Is it really over?

Is it really over?

Tesla CEO Elon Musk seemingly announced last night that he has broken up with cryptocurrencies. In a series of C-tier memes, Musk spelled out the apparent breakup on his Twitter account.

Unsurprisingly, Bitcoin stumbled as a result, falling by almost five percent from its price Thursday evening, as The Wall Street Journal reports — yet another illustration of the sheer power the billionaire wields over the fate of crypto markets.

Shibetoshi Nakamoto, a pseudonym for Billy Markus, creator of popular alternative cryptocurrency Dogecoin — a token once loved by Musk — voiced his discontent in a reply on Twitter.

"Elon... I put my trust in you," Markus wrote, in a tweet that he later clarified had been a joke about the lyrics to a song by the nu metal band Linkin Park.

Other cryptocurrencies fell as well, with Ether dropping some six percent over a similar time period and Dogecoin plummeting by more than nine percent, according to the WSJ.

Bitcoin has been on an extended decline for almost a month, ever since Musk announced Tesla would no longer accept Bitcoin as payment.

The big question looming on the horizon now is what cryptocurrency markets will look like without Musk exerting his considerable influence.

And some aren't entirely convinced Musk has broken up with crypto for good.

"It’s a love and hate relationship," Naeem Aslam, chief market analyst at brokerage AvaTrade, told the WSJ. "It’s not clear whether he wants to leave bitcoin: His tweets are very cryptic and keep people on their toes."

It wouldn't be Bitcoin's first boom and bust cycle. The digital currency has gone through plenty of highs and lows in the past. But whether that will continue with Musk out of the picture — or if he'll be able to help himself — is anything but certain.

Updated with additional clarity from Billy Markus about the context of his reply to Elon Musk.