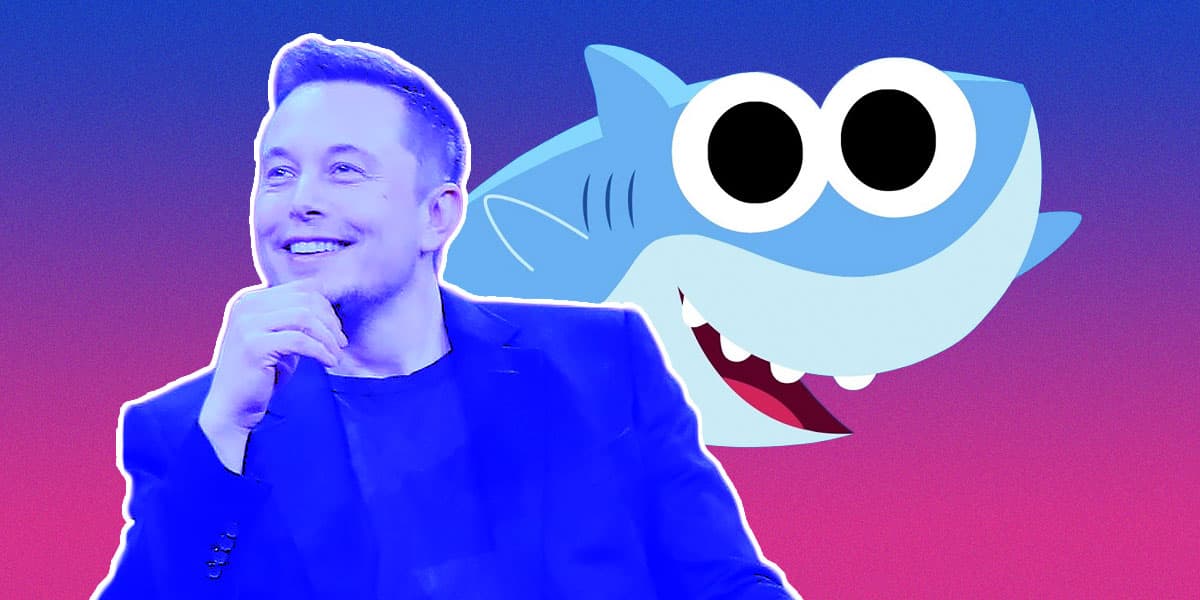 Seemingly innocuous tweets by one of the richest people in the world should arguably be met with a dismissive shrug shake of the head.

But when it's Elon Musk, errant posts can send entire markets into a tailspin.

In the latest instance, the Tesla CEO sent shares of Samsung Publishing soaring by more than ten percent CNBC reports. How? He tweeted about the children's musical blockbuster "Baby Shark."

"Baby Shark crushes all!" the billionaire — who has had seven children, including most recently a baby with artist Claire "Grimes" Boucher — tweeted in response to a South Park meme. "More views than humans."

The reason the tweet moved the financial needle is that Samsung Publishing is a major shareholder in the producer of the extremely popular children's song. Shares of the company gained over six percent in trading on Wednesday, according to CNBC.

In other words, Musk's "Baby Shark" tweet's effect on markets shouldn't have anybody surprised at this point.

His tweets have also landed the billionaire in hot water with the Securities and Exchange Commission (SEC) for manipulating markets by making unsubstantiated claims about his companies' share values on Twitter.

But for the time being, Musk's Twitter account will remain to be the conducting baton guiding world markets that it has been for a number of years now — SEC investigations or not.

More on Elon Musk: Tesla Owner Admits That Brake Failure Claims Were Made Up