Elon Musk Explains Why He is "Pro Doge," Not Bitcoin 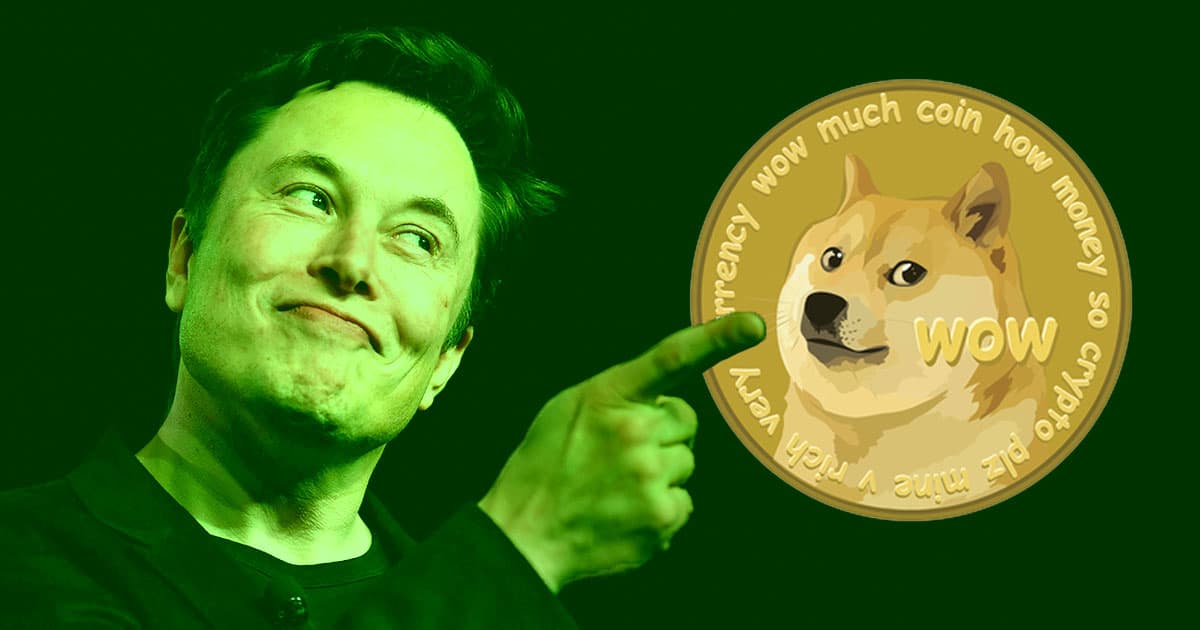 "My goal is to build stuff and make money and have fun," Dogecoin cofounder Billy Markus wrote in a tweet on Thursday. "I’m used to the corporate establishment and don’t really see any meaningful break away from it — Bitcoin just gives power to new rich people."

There's a major debate raging online on whether blockchain — the potential driver of Web3 — and Bitcoin are truly decentralized or actually being governed from the shadows by a small group of individuals and corporations.

Ex-Twitter CEO Jack Dorsey recently joined Musk in an anti-Web3 tirade on Twitter, arguing that "you don’t own 'web3.' The VCs and their LPs do. It will never escape their incentives. It’s ultimately a centralized entity with a different label."

"Has anyone seen web3?” he wrote in a mocking reply tweet. "I can’t find it."

The backlash from Dorsey's comments was almost immediate, with a number of high profile crypto investors unfollowing him on the platform.

But Markus, Musk, and Dorsey may have a point. Bitcoin in particular isn't all that decentralized, according to a recent study by the National Bureau of Economic Research, which showed that the top 10,000 bitcoin holders — the token's "one percent," as The Wall Street Journal put it —  hold 5 million bitcoin, worth a staggering $232 billion.

For those keeping score, that's 0.01 percent of all users holding 27 percent of the supply.

Dorsey's comments were also met by fierce backlash from the Ethereum community after he implied the token wasn't "truly secure and resilient" in a tweet on Tuesday.

"If your goal is anti establishment, I promise you it isn’t Ethereum," he added. "Don’t believe or trust me! Just look at the fundamentals."

Unlike Ethereum and Bitcoin, Dogecoin is a bit of an oddball, a token that started as a joke. And to Musk, that's the appealing part.

Musk has been one of the biggest buyers of crypto, with his electric car company Tesla investing some $1.5 billion in the currency earlier this year. Subsequent flip-flopping on his opinion of the token sent Bitcoin soaring — and eventually imploding — this year.

He also has had tremendous influence on the price of Dogecoin, sending it on an even rockier rollercoaster.

In other words, regardless of his outsider rhetoric, Musk is the establishment when it comes to Bitcoin and Dogecoin.

The billionaire CEO however has repeatedly warned that it's not a serious way of investing money.

"The point was that Dogecoin was invented as a joke, as essentially to make fun of cryptocurrency," he told paparazzi back in May, "and that’s why... I think there’s an argument that the most entertaining outcome is the most like ‘what would be the most ironic outcome?'"

The debate over whether crypto truly represents decentralization and anti-establishment will likely rage on for a while longer, with the likes of Musk or Dorsey's comments leading the narrative — while also determining the shortterm fate of markets.

What effect their tweets will have on the future of Web3, a utopian vision of the next internet, is even less certain.

Read This Next
Work Culture
Former Tesla Manager Says Workers Will Actually Love Elon Musk's Tyrannical Email
The Saga Continues
SpaceX President Defends Elon Musk Against Sexual Misconduct Claims
Thanks Man!
After Sexual Allegations, Elon Musk Jets Off to Brazil
Wait Wait
Elon Musk Has a Ridiculous Excuse for Why He Suddenly Doesn't Want to Buy Twitter
Musk Gonna Musk
Experts Say That Elon Musk Has No Idea How Math Works
More on Future Society
Gone Guy
Yesterday on the byte
Man Who Accidentally Got Paid 330x His Salary Quits, Disappears
Wipe It
Yesterday on the byte
Google Says It Will Automatically Delete Abortion Clinic Visits From Users' History
Vatican Vagrant
Jul 2 on the byte
Elon Musk Takes Flabbergastingly Awkwardly Picture With the Pope
READ MORE STORIES ABOUT / Future Society
Keep up.
Subscribe to our daily newsletter to keep in touch with the subjects shaping our future.
+Social+Newsletter
TopicsAbout UsContact Us
Copyright ©, Camden Media Inc All Rights Reserved. See our User Agreement, Privacy Policy and Data Use Policy. The material on this site may not be reproduced, distributed, transmitted, cached or otherwise used, except with prior written permission of Futurism. Fonts by Typekit and Monotype.