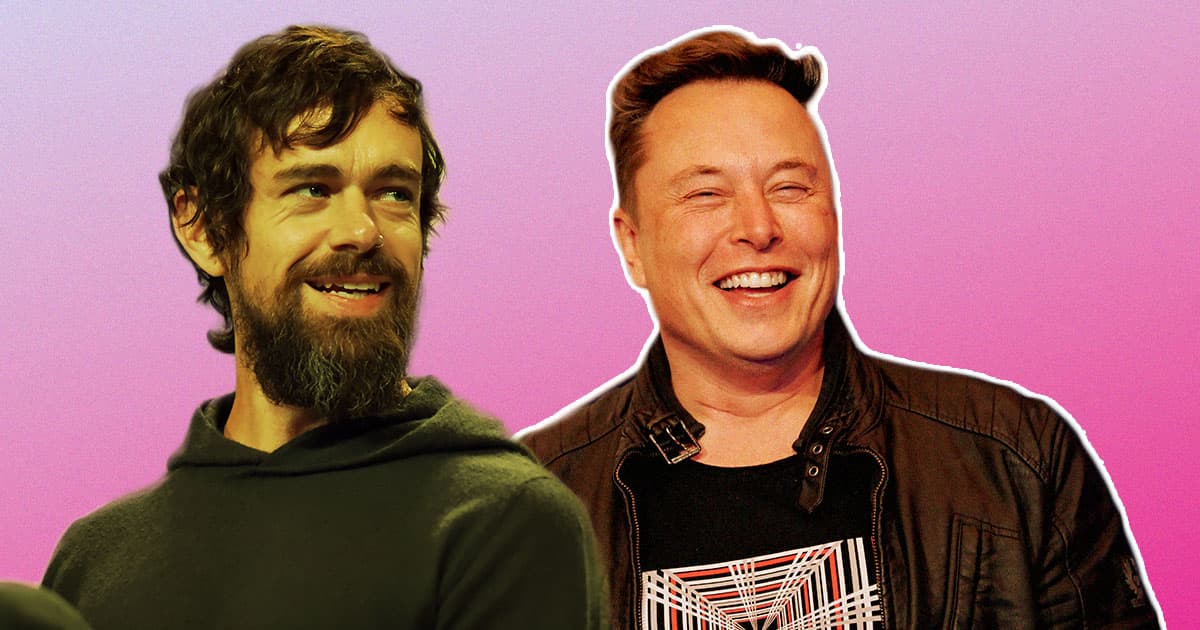 Tesla CEO Elon Musk doesn't believe the hype about Web3, a buzzy idea for a blockchain-based and highly decentralized internet.

The billionaire slammed Web3 in a Sunday tweet, calling it "more marketing buzzword than reality right now." The context was intriguing as well, as Musk was replying to a clip of a Web3 advocate responding to a video of David Letterman ridiculing the idea of the internet in a 1995 interview with Microsoft CEO Bill Gates.

Proponents of Web3 have called it the next big thing that will one day replace an internet — web 2.0, in the parlance — that's come to be run by a select few corporations like Amazon and Facebook.

But both Musk and Twitter co-founder Jack Dorsey seem to agree that Web3 is a pipe dream. And that bodes badly for the tech, considering Musk and Dorsey's significant influence on markets.

"Has anyone seen web3?" Musk followed up in a scathing tweet on Monday. "I can’t find it."

"It’s somewhere between a and z," Dorsey fired back.

"You don't own 'Web3,'" Dorsey wrote in a separate tweet on Monday. "The VCs and their LPs do. It will never escape their incentives. It’s ultimately a centralized entity with a different label."

Dorsey also implied that Web3 is already being controlled in large part by capital firm Andreessen Horowitz, which backed Facebook early on and has widely advocated for Web3. The firm's founder, Marc Andreessen, announced a $2.2 billion investment in blockchain and other crypto startups in June.

Critics, Dorsey included, argue that Web3 will never represent a truly decentralized version of the internet, in particular because a growing number of venture capitalists like Andreessen are pouring money into the space in an effort to monetize and control it long term.

The news also comes after Dorsey stepped down as the CEO of Twitter to work full time at Block, formerly known as Square, his digital payments company. As its name suggests, Block recently pivoted to focus its efforts on crypto trading.

Why the criticism is coming from two huge crypto advocates, and where it leaves Web3, is anybody's guess — but both CEOs are far from giving up on the concept of cryptocurrency writ large.

Dorsey recently argued that Bitcoin will replace the dollar, while Musk still appears to be a firm believer in jokey alternative cryptocurrency Dogecoin.

As more and more money is poured into Web3 startups, the mere concept of a fully decentralized internet that is being controlled by individuals — not a select few corporations and stakeholders — is shakier than ever.

And with the likes of both Musk and Dorsey turning their backs, advocates of Web3 will have an even steeper hill to climb.

READ MORE: Elon Musk and Jack Dorsey are talking about ‘Web3’ – here’s what it is and why it matters [CNBC]

Read This Next
Head Like A Hole
Elon Musk's Crying About Trent Reznor Shows That He Is a Big, Big Baby
Secrets Secrets
Elon Musk Vigorously Denies That SBF Secretly Owns Part of Twitter
Good Time to Leave
Panicked Elon Musk Reportedly Begging Engineers Not to Leave
#NastyNasty
Elon Musk's Mom Pleads With Everyone to Stop Being So Mean to Her Perfect Boy
You're Fired
Elon Musk Is Mass-Firing Employees Who Dared Criticize Him in Slack
More on Future Society
Woof Woof
Yesterday on the byte
Startup Unveils Videogame for Dogs
Musk's Guns
Monday on the byte
We Are Alarmed by Every Detail of Elon Musk's Bedside Table
Miserly Musk
Nov 22 on the byte
Cheapskate Elon Musk Refusing to Pay Bills at Twitter
READ MORE STORIES ABOUT / Future Society
Keep up.
Subscribe to our daily newsletter to keep in touch with the subjects shaping our future.
+Social+Newsletter
TopicsAbout UsContact Us
Copyright ©, Camden Media Inc All Rights Reserved. See our User Agreement, Privacy Policy and Data Use Policy. The material on this site may not be reproduced, distributed, transmitted, cached or otherwise used, except with prior written permission of Futurism. Articles may contain affiliate links which enable us to share in the revenue of any purchases made.
Fonts by Typekit and Monotype.