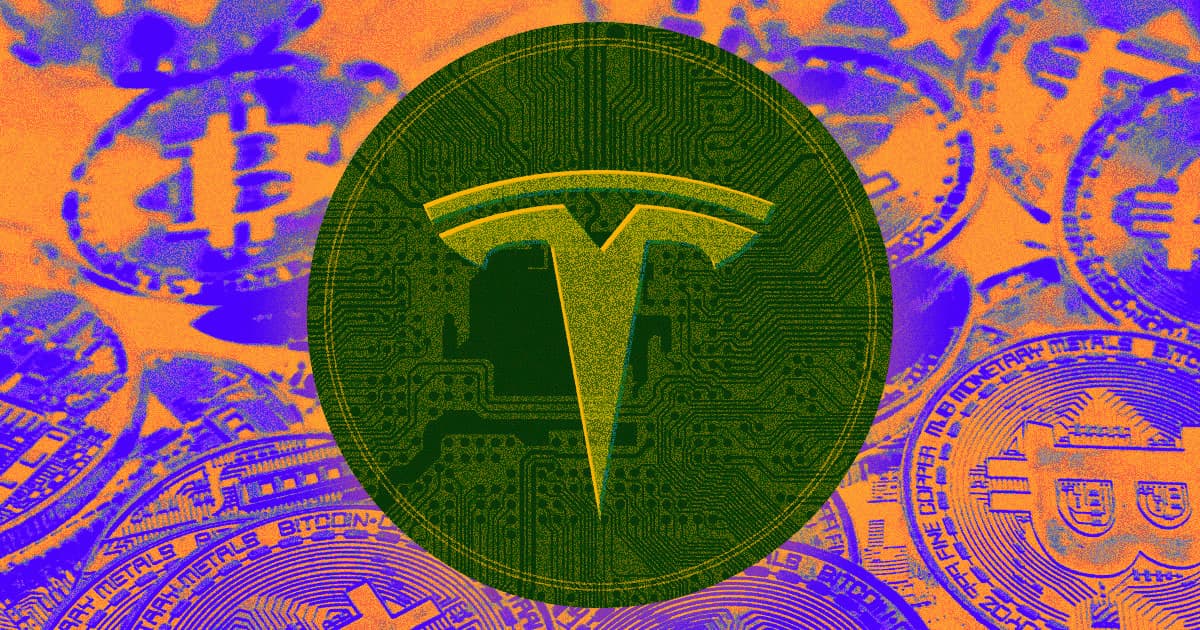 Tesla Is Up $1 Billion on Its Bitcoin Investment

Bitcoin is back — for now.

Bitcoin is back — for now.

In February, Tesla bought $1.5 billion worth of bitcoin as an investment and announced that it would accept the digital currency as payment for cars.

That investment seems to be paying off — at least as the market stands right now. Bitcoin has soared to new heights, crossing the $60,000 threshold, making Tesla's treasure chest of 42,902 Bitcoin worth $2.5 billion.

That means Tesla is up $1 billion in its Bitcoin investment, Insider reports — an impressive vindication, at least for now, of the carmaker's decision to go big on cryptocurrency.

The value of Bitcoin has been on a real rollercoaster throughout the year, and that's in large part due to Elon Musk's flip-flopping on his stance on the currency. In fact, Tesla was also up $1 billion back in February, according to estimates at the time.

In one puzzling detour, in a May announcement on Twitter Musk cited the environmental devastation associated with Bitcoin mining in his decision to suspend vehicle purchases using the digital currency.

The move prompted a steep dropoff in the value of Bitcoin, enraging Musk's loyal fanbase.

This month, though, the digital currency started rallying, soaring ever-closer to record highs it set back in April. Why remains a mystery, but the resurgence is likely the result of more and more financial institutions becoming interested around the world.

As has always been the case, Tesla's Bitcoin riches may only be fleeting. Cryptocurrencies are infamously volatile and the next crater could only be around the corner.

READ MORE: Elon Musk's Tesla is up $1 billion on its $1.5 billion bitcoin investment as the cryptocurrency soars [Insider]

More on Bitcoin: As Its Price Spikes, JPMorgan CEO Says Bitcoin Is “Worthless”

Keep Twitter Alive
Elon Musk Polled Twitter to Ask If He Should Resign, and the Results Were RESOUNDING
12. 19. 22
Read More
Lashing Out
Free Speech Absolutist Elon Musk Announces New Limits on Free Speech
12. 15. 22
Read More
Sleepless in San Francisco
Elon Musk Reportedly Building "Sad Hotel Rooms" at Twitter HQ for Exhausted Employees
12. 6. 22
Read More
+Social+Newsletter
TopicsAbout UsContact Us
Copyright ©, Camden Media Inc All Rights Reserved. See our User Agreement, Privacy Policy and Data Use Policy. The material on this site may not be reproduced, distributed, transmitted, cached or otherwise used, except with prior written permission of Futurism. Articles may contain affiliate links which enable us to share in the revenue of any purchases made.
Fonts by Typekit and Monotype.