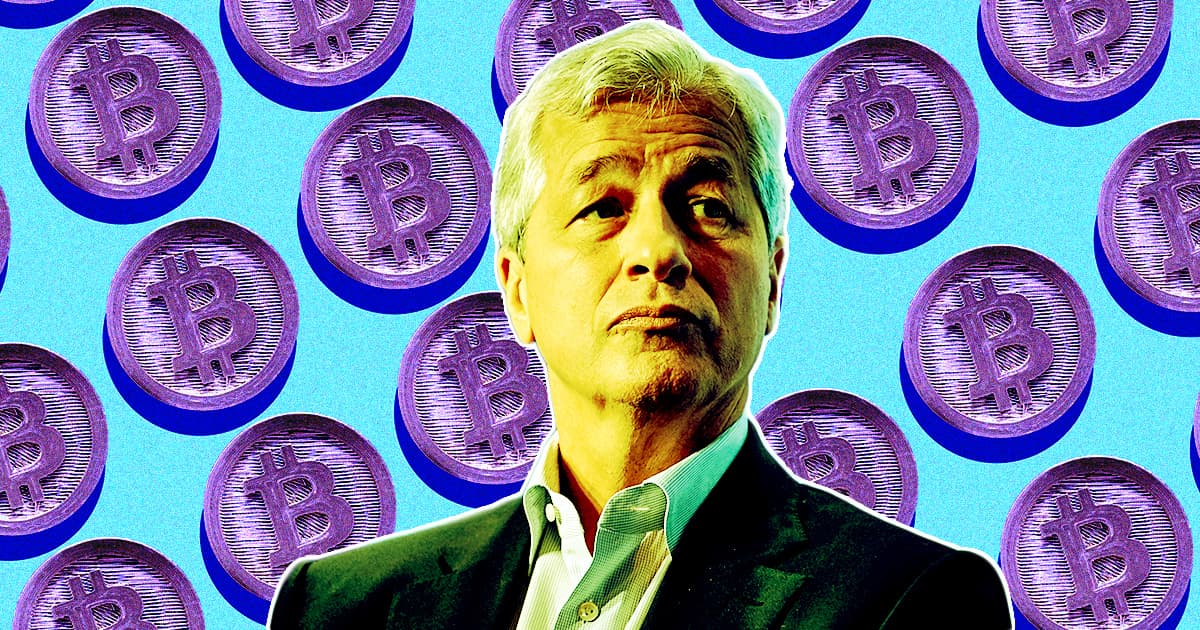 As Its Price Spikes, JPMorgan CEO Says Bitcoin Is "Worthless"

While Wall Street has increasingly started to embrace cryptocurrency, some executives of the biggest financial firms are still staunchly against the idea.

Case in point, JPMorgan Chase CEO and outspoken crypto-critic Jamie Dimon said this week that he has no hope for the tech.

"I personally think that bitcoin is worthless," Dimon said during an Institute of International Finance event on Monday, as quoted by CNBC.

The comments come after Bitcoin's value soared this month, nearing all-time highs. Bitcoin was trading above $57,000 today, only roughly $7,700 below its April record, Bloomberg reports — which makes the timing of Dimon's latest tirade even more striking.

While according to Bloomberg cryptocurrency exchanges are predictably excited about Bitcoin's recent run, Dimon isn't swayed.

"I don’t want to be a spokesperson — I don’t care. It makes no difference to me," he said on Monday. "Our clients are adults. They disagree. That’s what makes markets. So, if they want to have access to buy yourself bitcoin, we can’t custody it but we can give them legitimate, as clean as possible, access."

Dimon's views don't necessarily reflect wider industry trends, or even the state of play at his own firm. Under his leadership, JPMorgan started opening access to about half a dozen cryptocurrency funds in August, allowing financial advisors to place private bank clients into a crypto fund.

Dimon has long antagonized the cryptocurrency space. In 2017, he called cryptocurrencies a "fraud." Earlier this month, he told Axios that Bitcoin has "no intrinsic value" and that "regulators are going to regulate the hell out of it."

"If people are using it for tax avoidance and sex trafficking and ransomware, it's going to be regulated, whether you like it or not," he said.

That prediction may end up being true. Just last week, news emerged that the Biden administration is considering issuing an executive order to force federal agencies to offer recommendations regarding crypto, including increased financial regulation and national security.