"This is a great surprise." 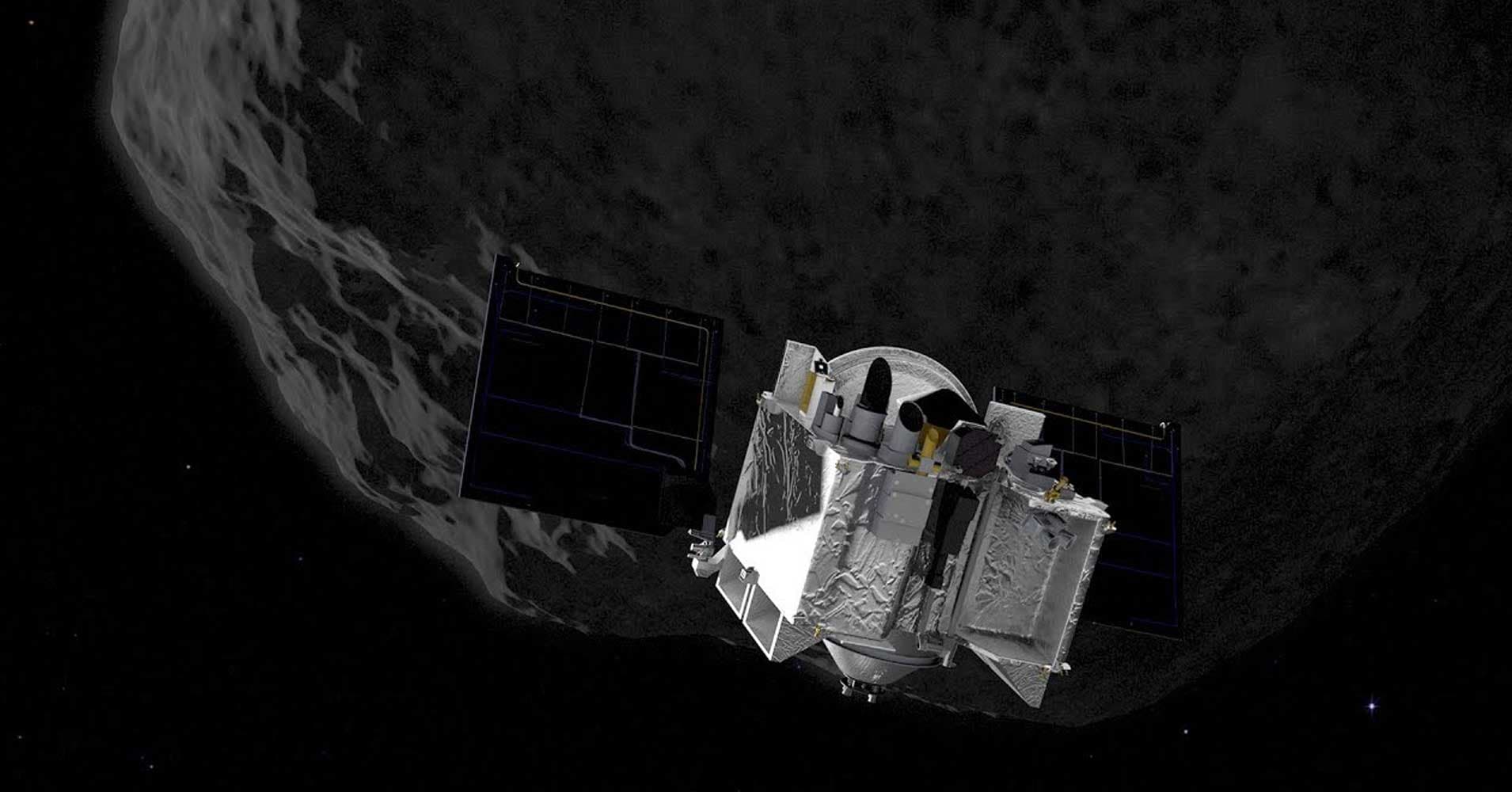 A lone spacecraft is hovering 12 miles above the surface of a tiny asteroid millions of miles away, closely examining its surface. And it just sent back its first readings.

As part of NASA's Origins Program, the OSIRIS-REx spacecraft traveled to an asteroid called Bennu some 100 million miles (160 million kilometers) from the Sun, finally arriving at the 1,600-foot-wide (487-meter) asteroid on December 3. The goal: to uncover the secrets of the solar system by analyzing the asteroid.

Their unexpected finding: Bennu or a larger parent asteroid once contained liquid water — a huge surprise to NASA researchers.

Which brings us to something big... We found water on Bennu! ☄️💦 Two of my spectrometers – OVIRS and OTES – detected the chemical fingerprints of water bound up in hydrated clay minerals over a large part of the asteroid’s surface. #WelcomeToBennu #AGU18 https://t.co/PJC8agBLEE pic.twitter.com/F74s8dGIIl

In a conference today, scientists announced that OSIRIS-REx has found evidence of hydrated minerals on the surface of Bennu using its on-board spectrometers — tools used to determine the exact chemical composition of a specific spot. That means "evidence of liquid water" in Bennu's past, according to Amy Simon, the scientist overseeing OSIRIS-REx's spectral analysis.

"To get hydrated minerals in the first place, to get clays, you have to have water interacting with regular minerals," says Simon. "This is a great surprise."

And they're abundant, too. There's "strong convincing, evidence that the surface is dominated by these hydrated minerals," according to Dante Lauretta, leader of OSIRIS-REx's sample return mission, leading the team to believe Bennu is "water rich."

Scientists also found boulders on the surface that are up to 50 feet (15 meters) in size.

"They seem to be resting right on the surface like they fell back on, or something weathered around them, and left them exposed," says Lauretta.

Teams are now starting to examine impact craters for a potential place for OSIRIS-REx to collect a sample in 2020.

Finding evidence of water is a big deal, even on the surface of a tiny asteroid millions of miles away.