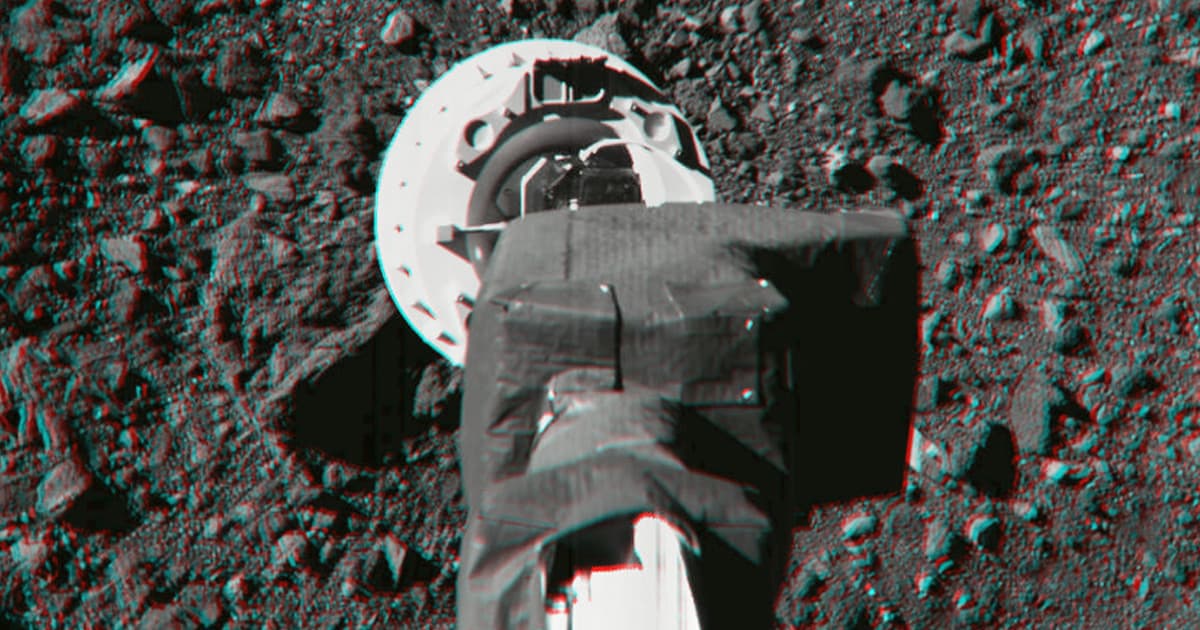 For the First Time In Its History, NASA Successfully Collects Sample From Asteroid

For the first time in its history, NASA has successfully collected samples from the surface of an asteroid, using the OSIRIS-REx spacecraft on Tuesday.

The small spacecraft has been orbiting Bennu, an asteroid 500 meters across, for almost two years. Around 6 p.m. Eastern time on Tuesday, the spacecraft completed a "Touch-And-Go" maneuver before firing its thrusters to get back to a safe distance from the asteroid. The lonely space rock was more than 200 million miles away at the time.

"We did it," principal investigator Dante Lauretta said during the agency's live broadcast. "We've tagged the surface of the asteroid."

"Sample collection is complete." "All right! We're on our way back!" After a TAG (Touch-And-Go) maneuver to capture a sample, our @OSIRISREx spacecraft fired its thrusters to back away from asteroid Bennu’s surface and navigate to a safe distance away. #ToBennuAndBack pic.twitter.com/skJPKlFRR3

The sample — which could be anywhere between 60 grams or more than a kilo — will now make its long journey back to Earth, and if all goes according to plan, touch down in September 2023.

"This was the key milestone of this mission," said Thomas Zurbuchen, NASA's associate administrator for science. "Now it's a few days to figure out how much of this amazing sample we got that we've been thinking about for decades."

Scientists believe Bennu dates back to the very early days of our solar system, some 4.5 billion years ago, meaning that it could unlock secrets about how water — and thereby life — made its way to Earth.

The first ever time anyone collected samples from an asteroid was the Japanese space agency's Hayabusa spacecraft, which brought back only a few micrograms of material from the Itokawa asteroid in 2010. Its successor, Hayabusa2, also collected a different sample from asteroid Ryugu last year.

More on OSIRIS-REx: Here's How to Watch as NASA Attempts to Grab a Sample From an Asteroid