OSIRIS-REx Will Pass Within 11,000 Miles of Earth on Friday

"We're essentially stealing a bit of the earth's momentum as we go by." 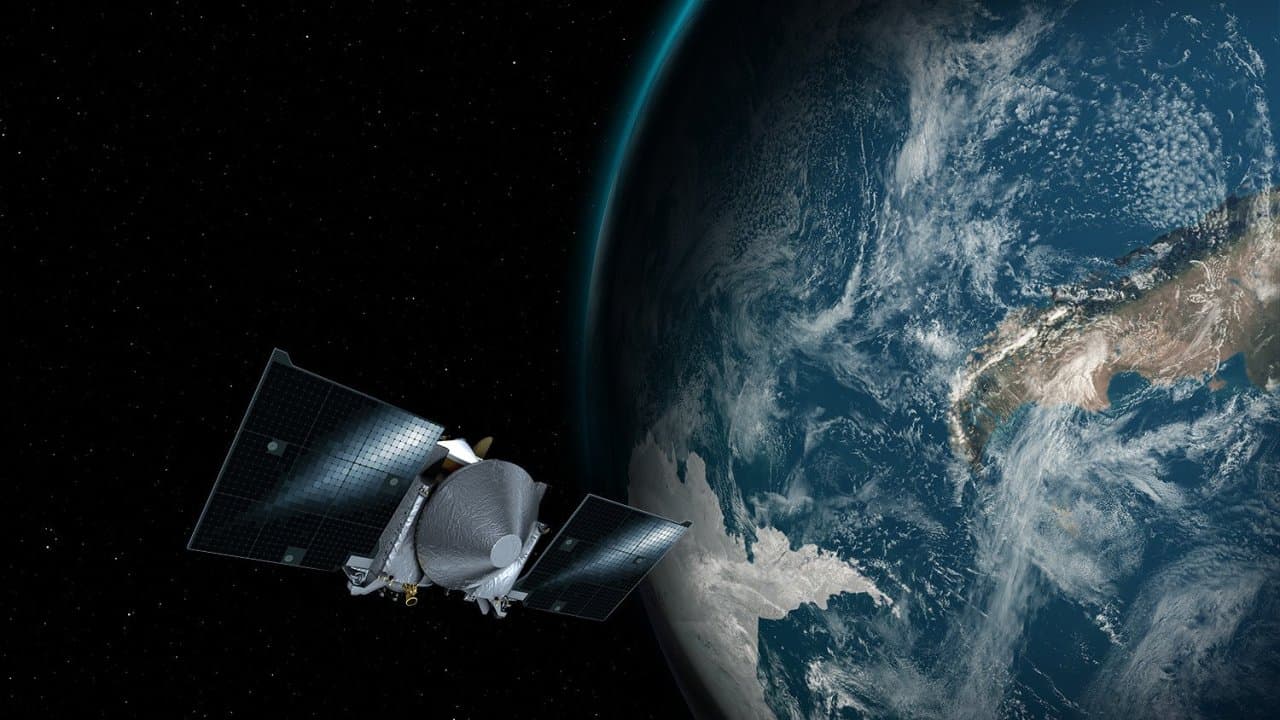 NASA's OSIRIS-REx spacecraft is currently on approach to Earth, having spent the last year circling the sun. It's set to fly by on Friday (September 21) at 19,000 miles per hour, keeping a distance of around 11,000 miles.

This close encounter is intended to make a modification of about six degrees to its current trajectory, putting it on course to reach its destination: an asteroid dubbed Bennu. “We’re essentially stealing a bit of the earth’s momentum as we go by,” the leader of NASA's OSIRIS-REx navigation team, Michael Moreau, told the New York Times.

That's no exaggeration. The Earth's tilt will change very slightly as a result, but by such a small amount that it's not even worth calculating.

OSIRIS-REx is heading to Bennu to gather samples researchers hope will further our understanding of the origins of life in this galaxy. The asteroid is thought to be packed with carbon-rich molecules that were formed when the solar system was born some 4.5 billion years ago.

The mission should also give us some useful insight into the asteroid's physical and chemical properties — which could come in handy, given that there's a 1 in 2,700 chance that it will collide with the Earth between 2175 and 2196.

Read This Next
Shoo
Scientists Warn Giant Asteroid Is Actually Swarm, Nearly Impossible to Destroy
A Sip of Opal
NASA Discovers Precious Gemstones on Mars
Moon Wrestling
The Head of NASA Is Scared Chinese Astronauts Will Seize Portions of the Moon
Future Fiction
Scientists Propose Building City Inside Giant Bag Around Entire Asteroid
Shot Well
Head of NASA Relieved to Hear Elon Musk Isn't REALLY Running SpaceX
More on Off World
Heavy Metal
6:27 PM on the byte
NASA Mars Rover Finds Metallic Object That Smashed Down on Surface
Small But Mighty
5:44 PM on the byte
Baby Asteroid Photobombs James Webb On Accident
Little Guy
3:28 PM on the byte
Scientists Prototype "Creeping" Lizard-Like Robot for Exploring Mars
READ MORE STORIES ABOUT / Off World
Keep up.
Subscribe to our daily newsletter to keep in touch with the subjects shaping our future.
+Social+Newsletter
TopicsAbout UsContact Us
Copyright ©, Camden Media Inc All Rights Reserved. See our User Agreement, Privacy Policy and Data Use Policy. The material on this site may not be reproduced, distributed, transmitted, cached or otherwise used, except with prior written permission of Futurism. Articles may contain affiliate links which enable us to share in the revenue of any purchases made.
Fonts by Typekit and Monotype.