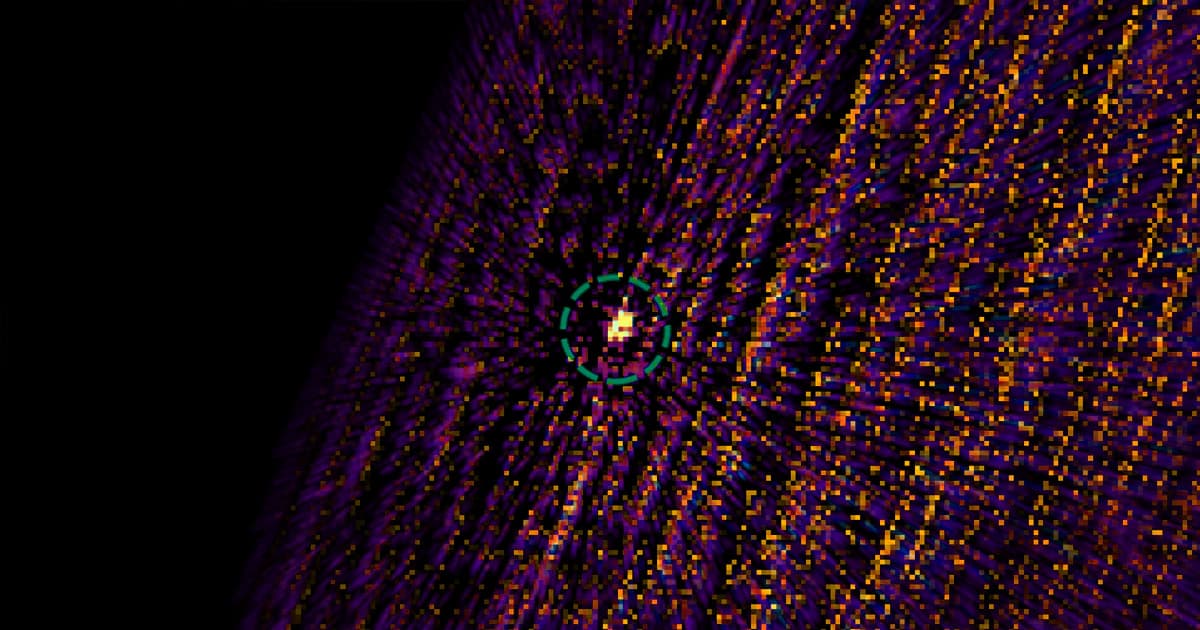 It's the first time an outburst of X-rays of this kind was detected from interplanetary space.

It's the first time an outburst of X-rays of this kind was detected from interplanetary space.

NASA's OSIRIS-REx spacecraft made an unexpected discovery last year, spotting a black hole emitting a massive cloud of X-rays some 30,000 light years away.

The "photobombing" black hole was picked up by the spacecraft's Regolith X-Ray Imaging Spectrometer (REXIS), an instrument built by researchers at MIT and Harvard to measure X-rays that the asteroid Bennu emits when blasted by solar radiation.

OSIRIS -REx is an ongoing sample-return mission to Bennu, a space rock chosen by scientists because it is suspected to hold organic molecules and could reveal other secrets about the origin of our Solar System. The mission launched in 2016 and rendezvoused with the asteroid in December 2018.

But last November, the REXIS instrument caught an unusual sight.

"Our initial checks showed no previously cataloged object in that position in space," Branden Allen, a Harvard research scientist who made the discovery, said in a statement.

With the help of data collected by Japan's MAXI telescope on board the International Space Station a week earlier, the team identified the glowing dot as an X-ray event involving a black hole — a sudden outburst of X-rays caused by a black hole gobbling up matter.

According to NASA, it's the first time such an outburst of X-rays was detected from interplanetary space.

Into Darkness
Inside NASA's Bold Proposal to Probe the Mysteries of Dark Matter
3. 11. 22
Read More
Star War
Scientists Are Trying to Figure Out How to Kill Stars with Black Holes
11. 29. 21
Read More
Martian Ammonia
NASA Rover Detects Organic Molecules on the Surface of Mars
11. 2. 21
Read More
+Social+Newsletter
TopicsAbout UsContact Us
Copyright ©, Camden Media Inc All Rights Reserved. See our User Agreement, Privacy Policy and Data Use Policy. The material on this site may not be reproduced, distributed, transmitted, cached or otherwise used, except with prior written permission of Futurism. Articles may contain affiliate links which enable us to share in the revenue of any purchases made.
Fonts by Typekit and Monotype.