Woman Says Coors Paid Her $1,000 to Successfully Inject Advertisements Into Her Dreams

"I had one [dream] where I was on a pogo stick jumping around with Coors products." 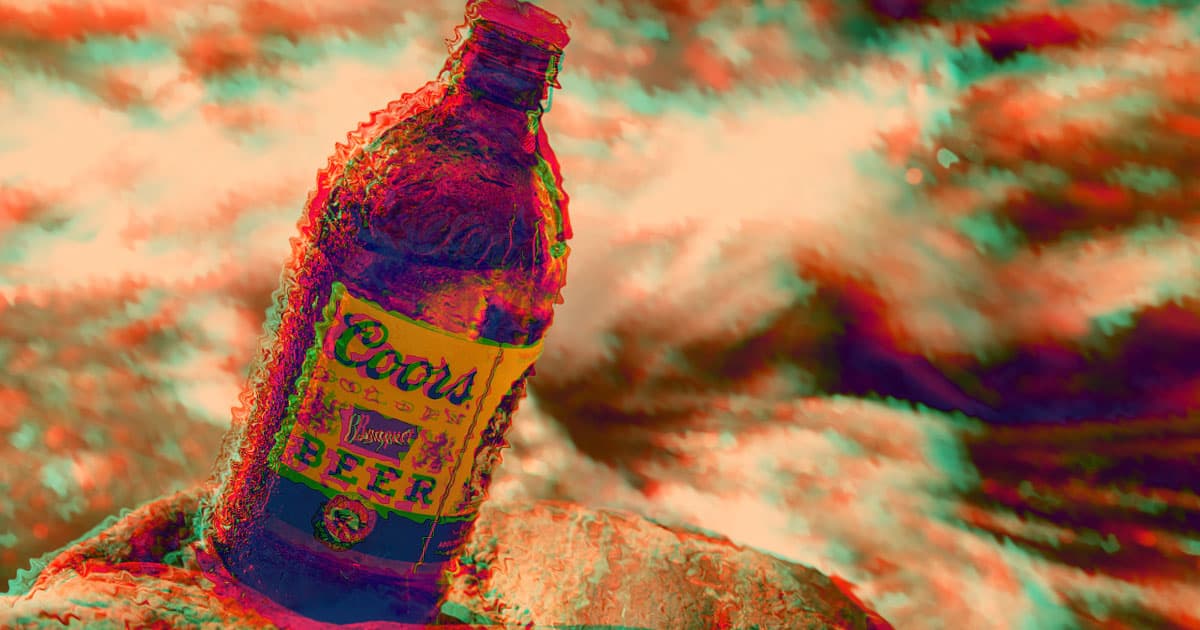 It looks like at least one corporation may finally have reached the ultimate marketing frontier: advertising to us in our dreams.

According to The Hustle, one woman says she took part in a Coors experiment that successfully infiltrated her dreams with advertisements for the domestic brewery.

Travel writer Bobbi Gould told The Hustle that in 2021, she responded to a strange Craigslist ad claiming that a "big brand" was willing to pay $1,000 for "willing sleepers." Gould and her boyfriend responded to the ad and were directed to a warehouse in Los Angeles where more than a dozen other volunteers were hooked up to brain monitoring equipment as marketers from Molson Coors looked on.

Gould and the other subjects were directed to watch a video that featured Coors products amid waterfalls and jungle landscapes, and instructed to try to doze off while listening to audio from the video they'd just watched. For the next eight hours, the travel writer said she did, in fact, have a series of "weird Coors dreams."

"I had one where I was on a pogo stick jumping around with Coors products," Gould told The Hustle. "In another one, I was on a plane dropping Coors cans on people and they were cheering for me."

After the dreaming session, the travel writer said she and her fellow subjects were shepherded into a focus group where they were made to discuss the experience, which she said made them feel "like lab rats."

"They were trying to implant Coors into our brains," Gould told the blog. "It just didn’t really sit right.”

Nader might (not) want to look up Coors Molson’s aspirations for targeted dream incubation pic.twitter.com/LVBGCCCajE

This alleged ordeal isn't the first we've heard of Coors' efforts to inject ads into dreams.

In June 2021, Science Magazine reported that Coors, along with others including Xbox and Burger King were working with scientists to "engineer" ads into volunteers' dreams using audio and video. Sound familiar?

The Science report also noted that 40 dream researchers signed an open letter calling for the regulation of burgeoning "targeted dream incubation" experiments like Coors', because although this sort of dream manipulation is current voluntary, "it is easy to envision a world in which smart speakers — 40 million Americans currently have them in their bedrooms — become instruments of passive, unconscious overnight advertising, with or without our permission."

"These tailored soundtracks would become background scenery for our sleep, as the unending billboards that litter American highways have become for our waking life," the researchers wrote in their open letter.

"Regardless of Coors’ intent," the researchers continued, "their actions set the stage for a corporate assault of our very sense of who we are."

Given what Gould said she experienced, it seems like their warnings were apt.

READ MORE: Are advertisers going to infiltrate our dreams? [The Hustle]

More on dream advertising: Corporations Want To Put Advertisements In Your Dreams