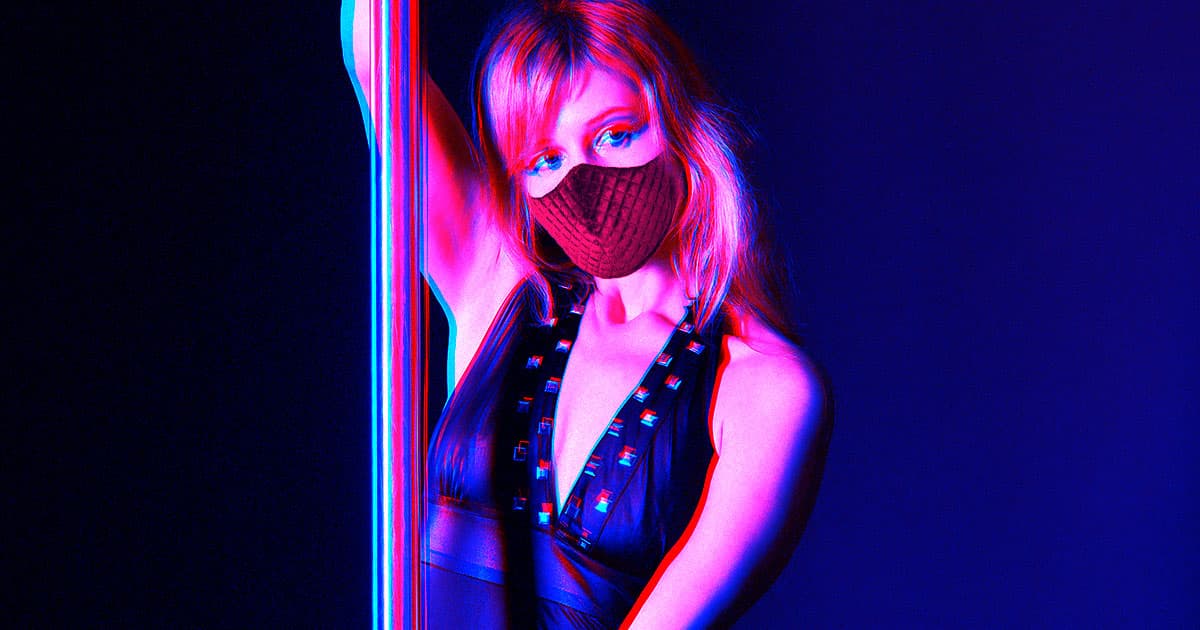 Customers slowly drive through a tent that contains four dancers and a DJ. The first 50 cars get a free roll of toilet paper.

"You pull in and you get one or two songs with the gogos, then we bring your food out to you and then you go on your way," explained Lucky Devil Lounge owner Shon Boulden in a video report uploaded by The Oregonian.

"We're continuing to keep our kitchen guys working, all of our bartenders, all of our dancers," he added.

The venture's food delivery service was formerly named "Boober Eats," until Uber sent them a cease-and-desist letter, according to Oregon Live.

The business appears to be taking precautions to ensure the dancers' safety. Reuters images uploaded to Twitter (NSFW) show masked and gloved strippers pole-dancing while customers remain seated inside their vehicles.

The photos "confirm that we have reached the neon anime sci fi part of our future dystopia," Sean Craig, reporter for The Capital in Victoria, Canada, wrote in the tweet.

Even the official Twitter account of the upcoming video game blockbuster "Cyberpunk 2077" chimed in, writing "please release more footage" in a Twitter reply. The game, slated for release in September, takes place in a dystopian "Blade Runner"-inspired world.

"Every small business is feeling this pain, the same hurt, and we’re just another small business," Boulden told Oregon Live. "We’ve just been able to create this niche and it worked."

A strip club in Las Vegas attempted to open its own drive-thru experience last month, according to the Las Vegas Review-Journal. The venture, however, met a wall when Nevada mandated all nonessential businesses to close in mid-March.

Other businesses in the industry have chosen to go the virtual route. A New York City strip club decided to launch virtual reality lap dances, according to the New York Post.

"People need human connection and need to be entertained," founder Kalin Moon told The New York Post. "VR is a great way to accomplish this from the safety of your own home.”

More on the pandemic: NEW RESEARCH: ENDING LOCKDOWN WOULD HURT THE ECONOMY EVEN MORE