You're Probably Drinking Microplastics With Your Bottled Water

Plastic bottles pollute the planet, and also your innards. 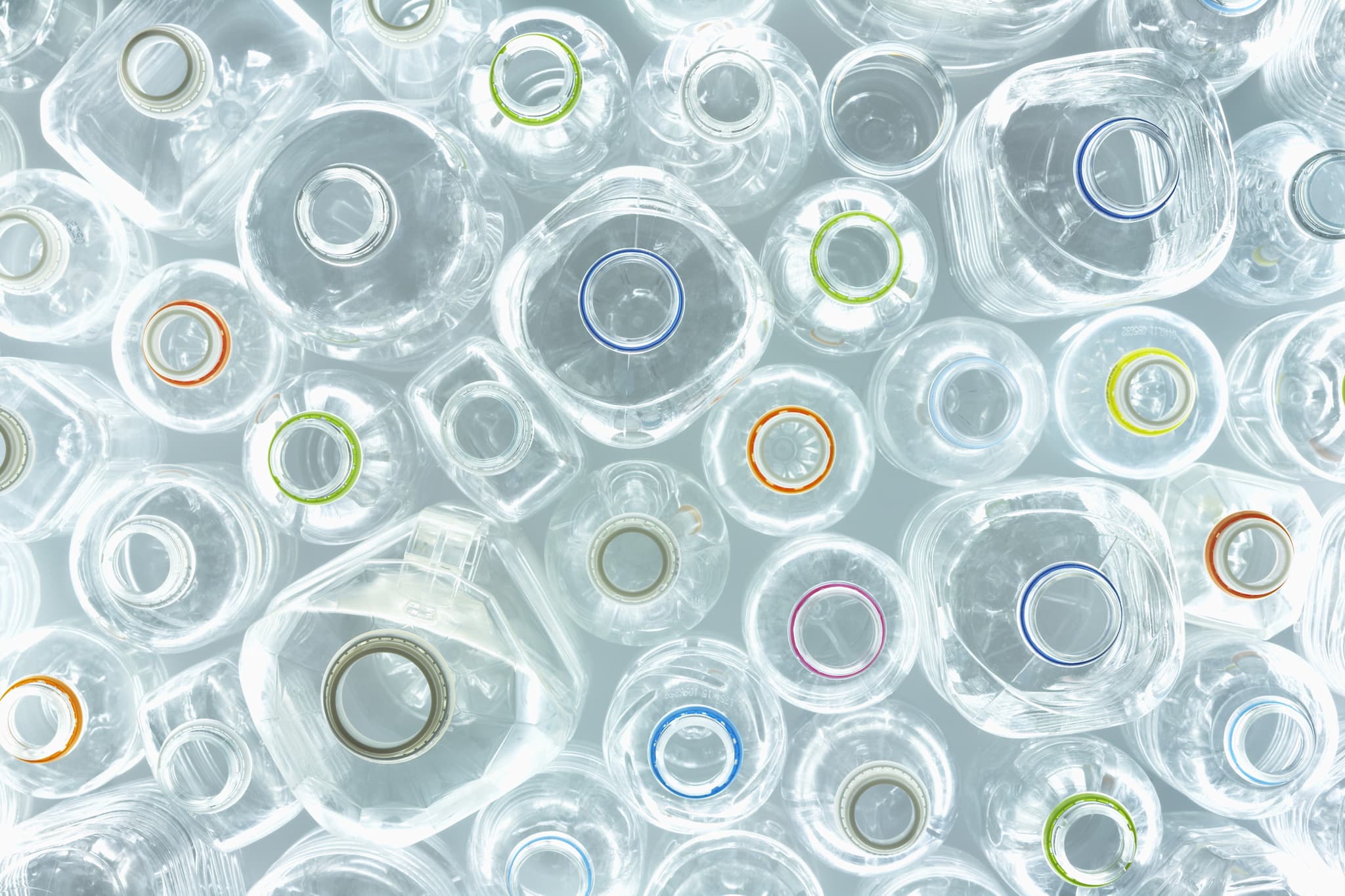 You already know how bad plastic bottles are for the planet. We go through a million of them per minute and are generally terrible at recycling. As a result, bottles join other plastic waste in clogging up waterways, harming wildlife and accumulating in delicate ecosystems.

Now we know this plastic use is probably not too good for us, either. In fact, taking a sip of bottled water might come with more than you bargained for.

The water sold in plastic bottles contains microplastics at levels that might endanger human health, according to a recent study. As a result, the World Health Organization plans to investigate the potential health risks of ingesting plastic, the BBC reports.

Microplastics are pieces of plastic that have broken down a size smaller than a fingernail. About 275,000 metric tons of the stuff enter our waterways each year, according to some estimates.

In the study, which has not been published in a scientific journal and was commissioned by journalistic outlet Orb Media, researchers at State University of New York at Fredonia tested water from 259 bottles produced by 11 different companies and purchased in nine countries. They dropped a red dye into the bottles because the dye sticks to the plastics, differentiating them from the water in which they float. The scientists counted an average of 10.4 plastic particles per liter. Some bottles had no plastic in them at all. In a liter of Nestle Pure Life, there were 10,000.

The findings suggest that a person who drinks a liter of bottled water a day — half of what the average person needs every day — might be consuming tens of thousands of microplastic particles each year, the Orb Media article notes.

We don't yet know how microplastics affect our health, but there's reason to think that their buildup in our systems wouldn't be good for us. We already know that when microplastics build up in animals like fish, they affect their behavior and alter their hormones. Some chemicals in plastic are known to have similar effects on humans.

If you're shocked that there's plastic in your water, well, you haven't been paying attention. A previous investigation by Orb Media found that 83 percent of tap water samples contained microplastics. The shocking thing about this study? The amount of microplastic found in plastic bottles was double what scientists found in tap water.

It's difficult to imagine a solution that would take care of the problem completely. Municipalities and companies could better filter water before it flows into taps and plastic bottles. But even if we did that, we would still have discarded plastic bottles breaking down into microplastics in water everywhere — not to mention lots of other plastic products. Better filtration would just be a temporary solution to a much larger problem. People, along with the ecosystems in which they live and the animals that live there with them, would probably be better off if governments banned plastics altogether.

Read This Next
Circle of Life
Hooray! The Great Pacific Garbage Patch Has Become a Thriving Ecosystem, Scientists Say
Sinking City
Indonesia Is Switching Capital Cities Because the Old One Is Sinking Into the Ocean
Brands We Love
Cut Plastic Waste With a LastSwab Reusable Swab
Silent Hill
Horrifying "Black Snow" Blankets Russian Towns
Futurism
Environmental Problems Go Hand In Hand With Social Injustice. North Carolina Wants to End That.
More on Earth & Energy
Going Hydrogen
Friday on the byte
Airbus to Strap Hydrogen Fuel Cell Engine to Massive Superjumbo Jet
Wolfenstein
Thursday on the byte
A Brain Parasite Is Making Wolves Into Pack Leaders, Scientists Say
LED Down the Wron...
Thursday on the byte
Defective LED Streetlights Are Turning the Night Purple
READ MORE STORIES ABOUT / Earth & Energy
Keep up.
Subscribe to our daily newsletter to keep in touch with the subjects shaping our future.
+Social+Newsletter
TopicsAbout UsContact Us
Copyright ©, Camden Media Inc All Rights Reserved. See our User Agreement, Privacy Policy and Data Use Policy. The material on this site may not be reproduced, distributed, transmitted, cached or otherwise used, except with prior written permission of Futurism. Articles may contain affiliate links which enable us to share in the revenue of any purchases made.
Fonts by Typekit and Monotype.