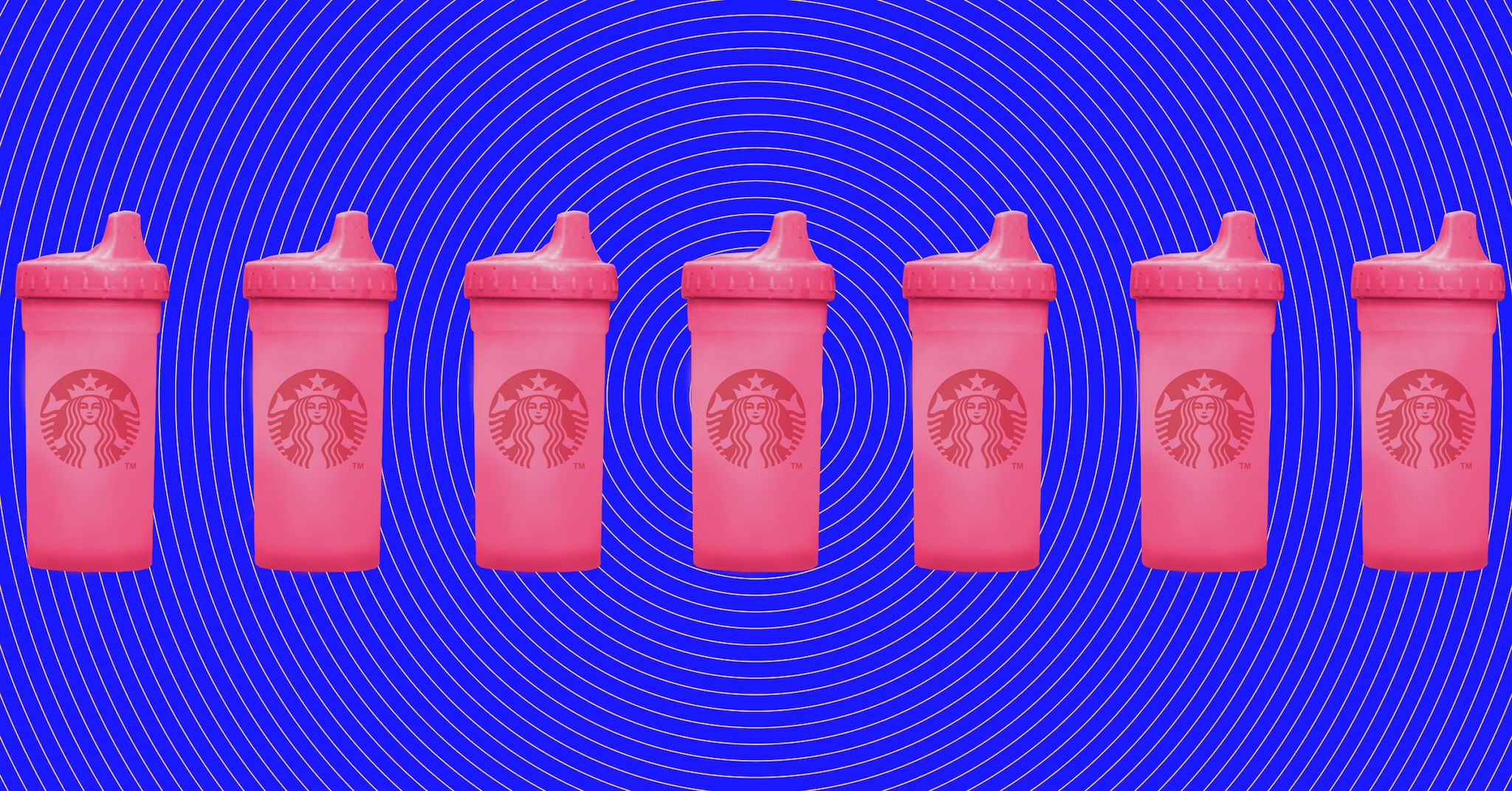 The Digest: Starbucks Is Replacing Plastic Straws With “Sippy Cups” for Adults

The chain is taking a grande stand against plastic pollution.

The chain is taking a grande stand against plastic pollution.

STRAWLESS STARBUCKS. If you love plastic straws, you will soon have to get them somewhere other than Starbucks.

On July 9, Starbucks announced its plans to phase out the use of plastic straws in its stores by 2020. The franchise will replace the straws with a new type of lid described as a "sippy cup" for adults. They're already used for some drinks, such as iced espresso drinks and cold brew, to improve the drink's texture, according to Delish (consumers seem to think they're cute, too).

Starbucks locations in Seattle and Vancouver, British Columbia, will be the first to switch to the new lids, which will be used for all cold beverages except Frappuccinos (those beverages will still include straws, but they'll be made of paper or another biodegradable material, not plastic).

SMALL STRAW. BIG IMPACT. Plastic straws are absolutely terrible for the environment. Because they are so lightweight, recycling sorters often overlook them. So they wind up polluting our waterways, littering beaches, and harming marine life. Even when they break down, they can still be harmful — microplastics can find their way into the water we drink and potentially cause health problems such as male infertility.

A GLOBAL EFFORT. Americans alone use an estimated 182 billion straws annually, according to the National Park Service. Eliminating the 1 billion Starbucks sends out into the world every year will help, but it won't solve our plastic straw problem alone.

Thankfully, various other corporations have already announced plans to phase out plastic straws, as have a number of local and national governments. Eventually, we could see the straws phased out globally, which would be a solid step toward reducing our plastic pollution overall.

Reduce, Reuse, Landfill
A Shocking Amount of US "Recycling" Goes Straight to the Landfill
10. 24. 22
Read More
Remember Donald?
Donald Trump Goes on Bizarre Rant Against Electric Cars
9. 6. 22
Read More
Dry Dock
The Top 13 Wildest Objects That Terrible Droughts Have Revealed
8. 27. 22
Read More
+Social+Newsletter
TopicsAbout UsContact Us
Copyright ©, Camden Media Inc All Rights Reserved. See our User Agreement, Privacy Policy and Data Use Policy. The material on this site may not be reproduced, distributed, transmitted, cached or otherwise used, except with prior written permission of Futurism. Articles may contain affiliate links which enable us to share in the revenue of any purchases made.
Fonts by Typekit and Monotype.