Jeff Bezos: "We Have to Go to Space to Save Earth"

"We kind of have to hurry." 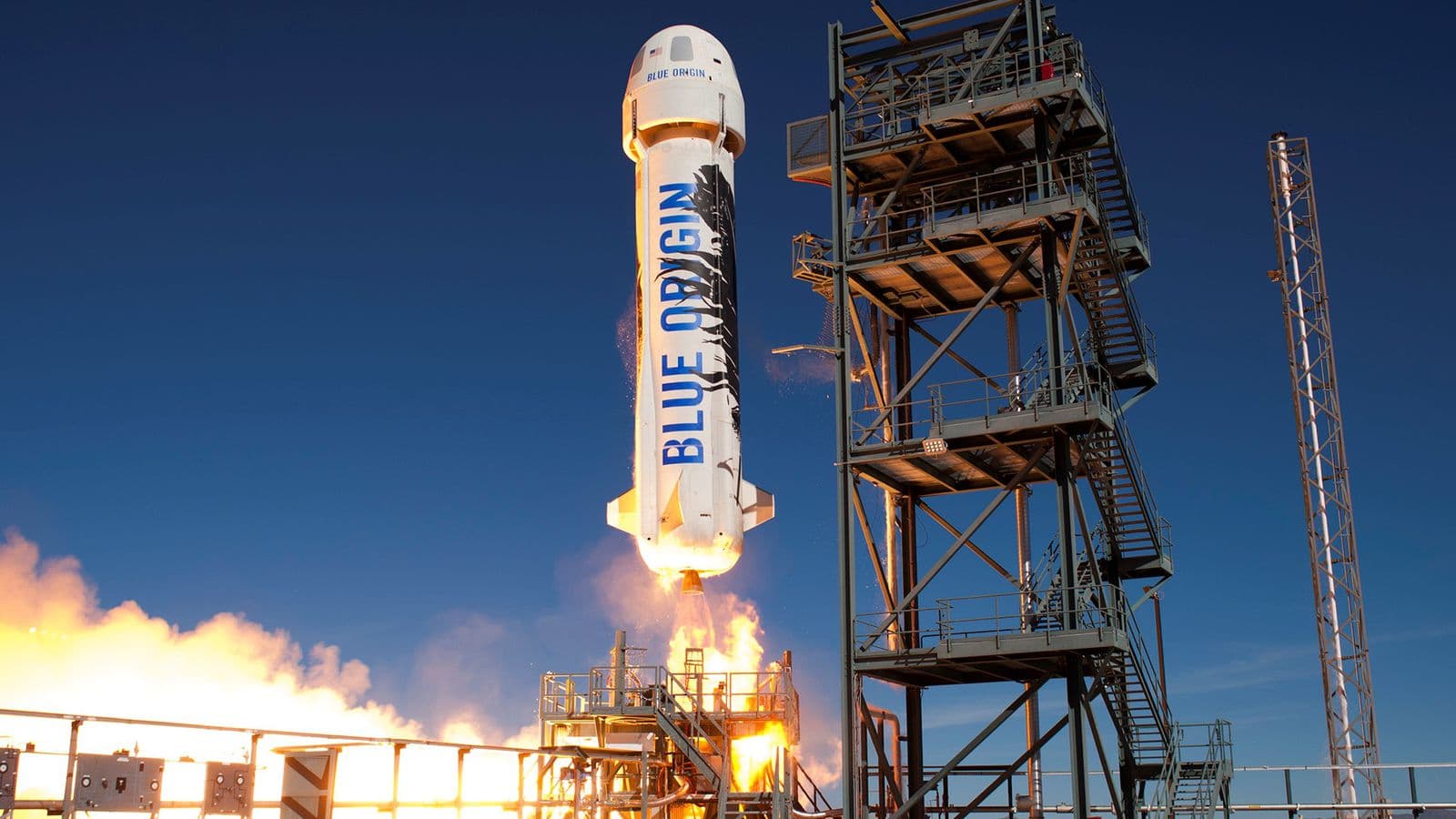 Eyes on the Prize

Jeff Bezos is a busy man. Obviously, his primary focus is Amazon, the half-a-trillion-dollar company he founded, but improving how goods are bought and sold here on Earth is far from his most ambitious goal. Through his aerospace company Blue Origin, Bezos wants to expand humanity's reach in the solar system.

During an interview at the invite-only Summit Series held in Los Angeles this weekend, Bezos recounted his long obsession with space, according to a TechCrunch report.

At his high school graduation, he gave a valedictory speech that ended with a play on the "Star Trek" tagline — "Space, the final frontier. Meet me there." — and Bezos' Summit Series interview added a little more urgency to his invitation: “We have to go to space to save Earth...We kind of have to hurry."

While Bezos believes humanity needs to explore the universe beyond our planet and has previously said he envisions a future where “millions of people [are] working and living in space,” he was sure to note during his Summit Series interview that we shouldn't simply give up on the Earth. “We’ve sent robotic probes to every planet in our solar system. This one is the best. It’s not even close," he said, according to TechCrunch's report.

A few decades after giving his valedictory speech, Bezos is now one of the people most likely to actually enable that off-world meet up by opening space to tourism and possible colonization. As he's noted before, though, we've yet to overcome one very significant hurdle: cost.

“We should build a permanent settlement on one of the poles of the Moon," said Bezos while receiving the Buzz Aldrin Space Innovation Award. “What’s holding us back from making that next step is that space travel is just too darned expensive.”

Bezos' Summit Series interview expanded on this point, with the CEO noting how lowering the price of admission for space travel could lead to thousands of space-based startups the same way lowered infrastructure costs opened the internet up to web startups.

Key to lowering costs will be the development of reusable rockets, and just like Elon Musk's SpaceX, Bezos' Blue Origin has been focused heavily on reusable rocket technology. Recently, the company reached a breakthrough with the next-generation space engine they plan to use for a rocket that could be ready to fly tourists into sub-orbital space by April 2019.

Indeed, the future of space exploration and perhaps even colonization is in the hands of companies like SpaceX and Blue Origin, and as emphasized during Bezos' Summit Series interview, it all starts with making space more accessible. We may still have decades to wait until humanity reaches Mars, but if Bezos has any say in the matter, he'll be ready to meet us there.

Read This Next
Pale Blue Shat
William Shatner Explains Why His Trip to Space Was Horrible
Monkey Business
China Plans to Send Monkeys to Space Station to Have Sex With Each Other
Overview Effect
William Shatner Says His Space Trip Left Him With a Feeling of Terrible Grief
And Beyond
How NASA Got Price Gouged on the SLS, According to Its Former Second-in-Command
Astronaut Drip
We Just Got the First Peek at NASA's Artemis Moon Landing Suits
More on Off World
Final Selection
Yesterday on the byte
NASA Finalizing Secretive Decision on First Astronauts for the Artemis Moon Mission
Hall Effect
Jan 29 on futurism
Test Suggests Ion Thrusters Could Power Crewed Interplanetary Missions
CHON: Legacy
Jan 29 on the byte
James Webb Discovers Coldest Ice in Known Universe, Harboring Molecules Essential For Life
READ MORE STORIES ABOUT / Off World
Keep up.
Subscribe to our daily newsletter to keep in touch with the subjects shaping our future.
+Social+Newsletter
TopicsAbout UsContact Us
Copyright ©, Camden Media Inc All Rights Reserved. See our User Agreement, Privacy Policy and Data Use Policy. The material on this site may not be reproduced, distributed, transmitted, cached or otherwise used, except with prior written permission of Futurism. Articles may contain affiliate links which enable us to share in the revenue of any purchases made.
Fonts by Typekit and Monotype.