As SpaceX and Boeing Jockey to Land on Mars, Other Companies Eye Lunar Exploration

"Our vision is really to expand Earth's economic and social sphere to include the moon." 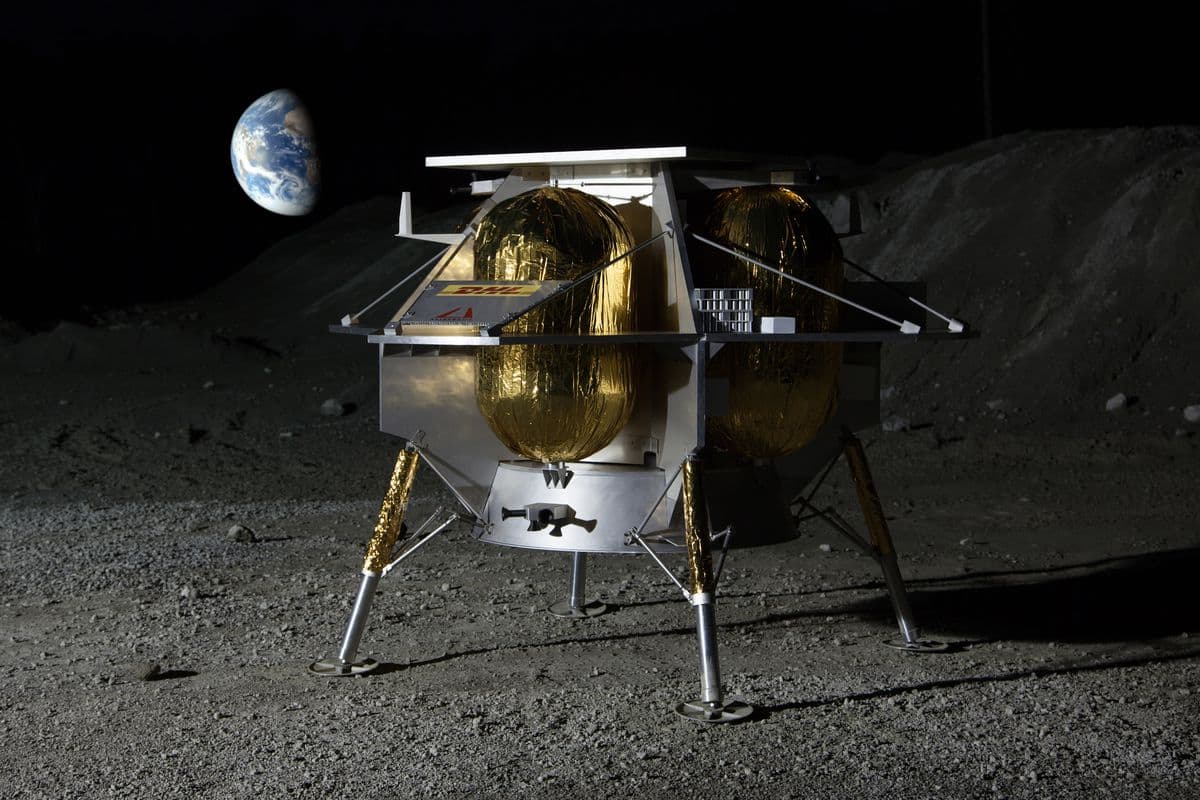 While Elon Musk may be on a race to get to the Red Planet first, some aerospace companies feel there's much to be gained by going back to the moon. From colonization to space mining, lunar exploration could pay large dividends. A number of companies and governments around the world that are making concrete plans to get to the Moon within the next few years.

One company, Astrobiotic, is developing a lunar lander named Peregrine. The lander would be used as part of a sort of transportation service which could deliver up to 265 kg (584 lbs) of cargo to the surface of the moon. Dan Hendrickson, vice president of business development at Astrobiotic, recently said at the Lunar Science for Landed Missions Workshop at NASA Ames: "It's a pretty pivotal moment, we think, for the moon, and the country, and the world."

Peregrine is set to launch in the early to mid-2020s. It will cost companies about $545,000 per pound of payload, but, according to Hendrickson, Astrobiotic already has deals with 11 partners.

If Peregrine and other cargo-focused transportation services are able to successfully launch, it could make setting up a lunar colony much more feasible. Colonization, or even short research stays, would frequently require supplies, and there just isn't a cost effective means of getting those materials up to the moon yet. Companies like Astrobiotic could provide the solution. A cheaper means of delivering supplies to the moon is a big step towards making it a viable place for long-term living.

Peregrine isn't the only lunar lander that could be touching down on the moon in the next few years. Jeff Bezos's Blue Origin, a Florida-based company called Moon Express, and the Japanese startup iSpace are all working on lunar landers that could consistently bring large payloads to the moon.

Alain Berinstain, Moon Express' vice president of global development, is also interested in the prospect of mining on the moon. "We see the moon as the Earth's eighth continent to explore and to also mine for resources, like we have with every other continent on Earth," he said during a panel discussion with representatives from the iSpace, Blue Origin, and Astrobiotic. "Our vision is really to expand Earth's economic and social sphere to include the moon."

One of those main resources the moon has to offer is water ice. Water ice can be split into hydrogen and oxygen, which are components of rocket fuel. Lunar mining could facilitate the creation of off-Earth fueling stations that could be used during future space travel.

Moon colonies aren't likely pop up in the next decade. But if these lunar landers successfully launch in the next few years, and demonstrate that they can reliable shuttle supplies, it will improve prospects for crewed missions to not only land but spend extended periods of time on the moon. Space mining could be further off still, but investments from nations like Luxembourg and private companies like Moon Express will ensure that mining remains a priority of space exploration.

Read This Next
Moon Wrestling
The Head of NASA Is Scared Chinese Astronauts Will Seize Portions of the Moon
Shot Well
Head of NASA Relieved to Hear Elon Musk Isn't REALLY Running SpaceX
Pale Blue Shat
William Shatner Explains Why His Trip to Space Was Horrible
Overview Effect
William Shatner Says His Space Trip Left Him With a Feeling of Terrible Grief
Makeover Scene
Space Tourist Says He's Thinking About Flying SpaceX Craft Up to Fix Hubble
More on Off World
Lonely Planet
Yesterday on futurism
Scientists Find Nearby Planet the Same Size of Earth, Plan to Search It for Life
Take Cover
Feb 4 on the byte
Space Startup Blows Up Another Giant Inflatable Space Station Module
Rock Blast
Feb 4 on the byte
Scientists Say There's an Upside to Those Rocks That Keep Bludgeoning the James Webb
READ MORE STORIES ABOUT / Off World
Keep up.
Subscribe to our daily newsletter to keep in touch with the subjects shaping our future.
+Social+Newsletter
TopicsAbout UsContact Us
Copyright ©, Camden Media Inc All Rights Reserved. See our User Agreement, Privacy Policy and Data Use Policy. The material on this site may not be reproduced, distributed, transmitted, cached or otherwise used, except with prior written permission of Futurism. Articles may contain affiliate links which enable us to share in the revenue of any purchases made.
Fonts by Typekit and Monotype.