The BE-4 engine revealed its 550,000 pounds of thrust on Wednesday. 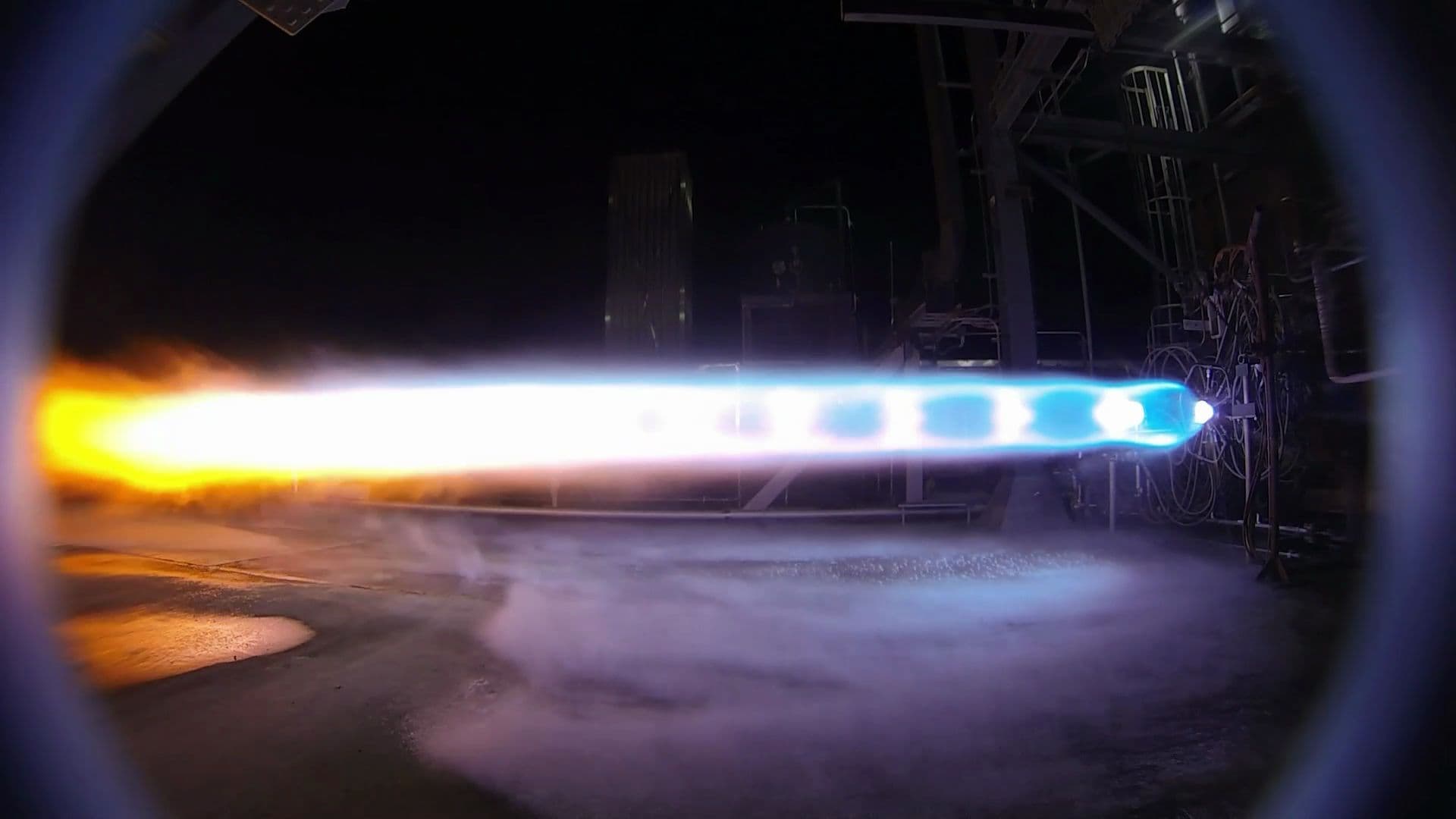 Amazon founder and CEO Jeff Bezos isn't just out to get the e-retail industry with artificial intelligence, he's also had his eyes on space tourism for a while now. While Bezos' rocket company, Blue Origin, has made some progress since it successfully landed a reusable rocket, many have been waiting for a key piece of the company's rocket future.

The BE-4, the enormous engine Bezos unveiled earlier this year, promises to be the power behind his future rockets. On Wednesday, the BE-4 proved to be Blue Origin's breakthrough achievement when the company successfully conducted a hot-fire test, firing the engine at half of its power for three seconds.

First hotfire of our BE-4 engine is a success #GradatimFerociter pic.twitter.com/xuotdzfDjF

The test has fueled hopes that the BE-4 will indeed be ready to fly the first space tourists into sub-orbital space by April 2019, as Blue Origin has publicly promised. The successful BE-4 engine test is Blue Origin's official announcement that it's ramping up its efforts in the new space race currently led by SpaceX.

With the BE-4, it's highly likely that Blue Origin is looking beyond simply powering the ginormous New Glenn for space tourism. As Ars Technica notes, the recent test "sends a clear signal that there is a new player in the industry preparing to compete both for national security and commercial launches."

Unlike SpaceX, however, Blue Origin is largely funded by Bezos without costing U.S. taxpayers anything, which makes this development all the more important. Today's aerospace industry relies heavily on private rocket companies for launching government missions to space — whether through NASA's commercial crew programs or with other countries buying slots aboard SpaceX's payloads.

Indeed, as NASA acting administrator, Robert Lightfoot, Jr., previously told Futurism, the future of space exploration is in the hands — or launchpads — of private space companies like SpaceX and the United Launch Alliance, a joint venture between Lockheed Martin and Boeing. Blue Origin might soon be added to this list.

Blue Origin's breakthrough on Wednesday will — hopefully — be the first of many, which could culminate in the launches Blue Origin has planned. The first of these is scheduled before the end of 2018 in preparation for that April 2019 maiden space tourism voyage aboard the New Shepard sub-orbital rocket. Together with Virgin Galactic and, possibly even SpaceX, Blue Origin is one step closer to making space tourism a reality.

Read This Next
Pale Blue Shat
William Shatner Explains Why His Trip to Space Was Horrible
Overview Effect
William Shatner Says His Space Trip Left Him With a Feeling of Terrible Grief
Rocket Guy
This Might Be the Weirdest-Looking Rocket We've Ever Seen
And Beyond
How NASA Got Price Gouged on the SLS, According to Its Former Second-in-Command
Billionaire Bailout
Bernie Sanders Working to Block Jeff Bezos From NASA Moon Contract
More on Off World
Trashing Orbit
7:17 PM on the byte
Elon Musk Says SpaceX May Build Starship That Dies on Purpose
Cat and Mouse
3:38 PM on the byte
SpaceX to Launch "Hunter" Satellites for Targeting Rival Spacecraft
Space In Space
1:44 PM on the byte
NASA Official Admits There's a Bit of an Issue on the Space Station
READ MORE STORIES ABOUT / Off World
Keep up.
Subscribe to our daily newsletter to keep in touch with the subjects shaping our future.
+Social+Newsletter
TopicsAbout UsContact Us
Copyright ©, Camden Media Inc All Rights Reserved. See our User Agreement, Privacy Policy and Data Use Policy. The material on this site may not be reproduced, distributed, transmitted, cached or otherwise used, except with prior written permission of Futurism. Articles may contain affiliate links which enable us to share in the revenue of any purchases made.
Fonts by Typekit and Monotype.